Moving on Up? Fournette to Tampa Bay

Fournette is moving on up, going from Jacksonville to Tampa, but has he become a better fantasy option? @NateNFL breaks down the move. 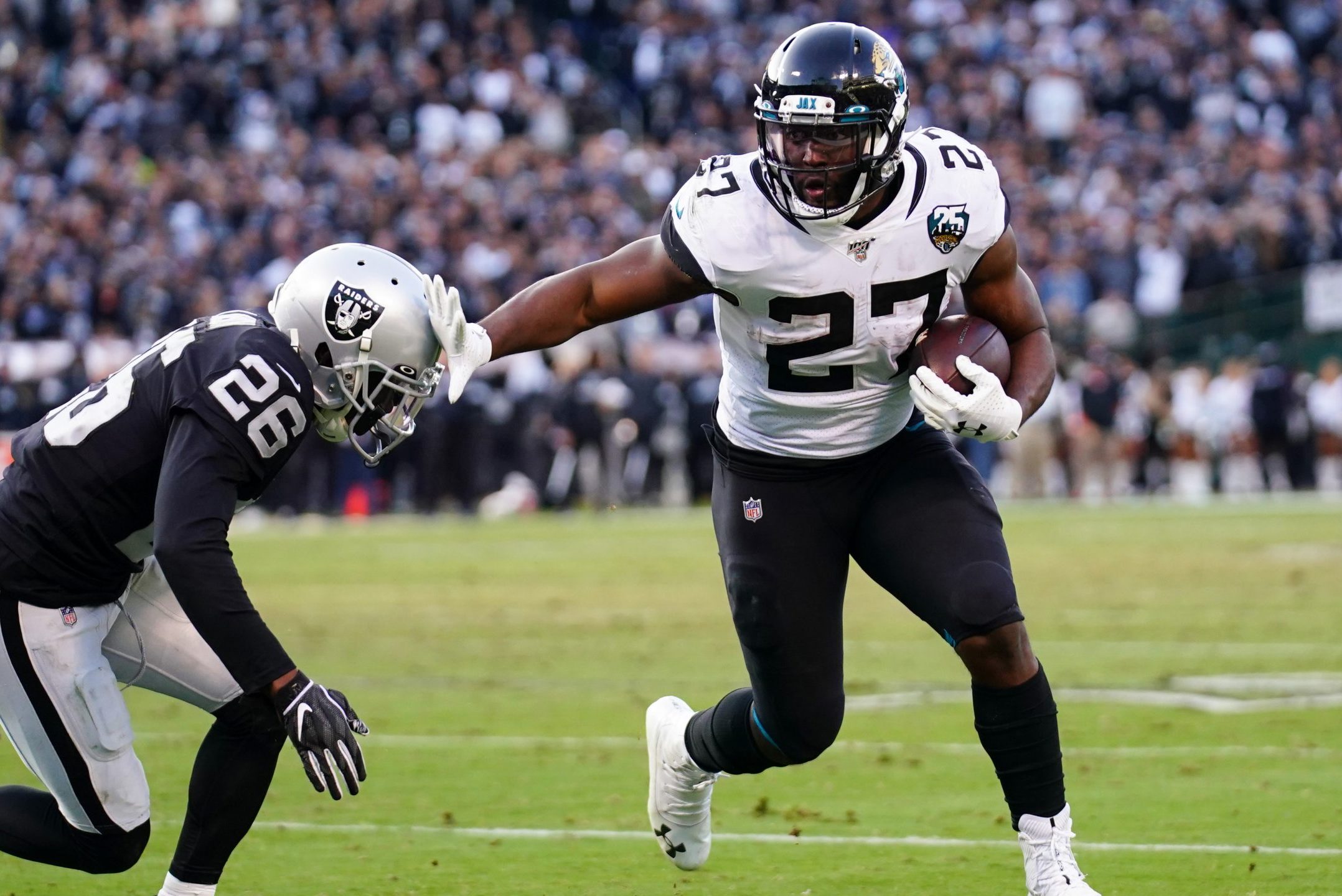 After months of rumors about the Jacksonville Jaguars trying to trade Leonard Fournette, the team finally decided it was time to cut ties with him and released him to waivers. Despite finishing each of his three seasons as an RB1 in points per game, many fantasy managers have been passing on Fournette during this offseason. But now Fournette has found a second chance with Tom Brady and the Tampa Bay Buccaneers, muddling up an already murky backfield.

In NFL terms, Fournette has upgraded teams, not many will argue that the Buccaneers are in a better position to win than the Jaguars, but when it comes to fantasy football, there are many more questions. Fournette had the workhorse role in Jacksonville, but there is little chance that he keeps that volume in Tampa Bay. So if he’s not going to see 300+ touches this year, what will be his role?

While nobody will be able to project the exact split of touches between this backfield, Fournette will find meaningful snaps. Let’s see if those will materialize into a player you want on your fantasy football team.

In 2019, Fournette had a Juke Rate of 16.7%, the lowest of all RB1s, and this doesn’t come at a surprise. Fournette is a traditional “downhill” runner, doing most of his damage between the tackles while relying on his physicality and power to break tackles. Since Week 5, on runs of 10 yards or more, 14 of his 21 crossed the line of scrimmage at, or between, the hashes.

This doesn’t make him any less of a game-changer, though. Fournette had 11 breakaway runs (carries of 15 yards or more), tied for 8th most in the league with Dalvin Cook. Also, Fournette had the 8th most Yards Created (a stat that tracks yards after the first evaded tackle) in the league last year, ahead of Christian McCaffery and Ezekiel Elliott. Fournette has been efficient despite facing the most stacked boxes of any running back with 200+ rushing attempts.

How does this compare to the other running backs on the Buccaneers?

Rojo, we barely knew ya

Ronald Jones had a Juke Rate of 23.6%, 8 Breakaway Runs, and was 26th in Yards Created per Game. His usage is not too different to Fournette’s, with 4 of his 6 runs of 10+ yards (since Week 8) coming between the hash marks. When you take into account volume, Fournette has the upper-hand, but Jones is not too far behind in his efficiency ratings.

Ke’Shawn Vaughn, meanwhile, was lauded as a great in-between-the-tackles runner coming out of college, adding another downhill runner to the mix. Check out his rookie profile here.

LeSean McCoy and Dare Ogunbowale are both in the mix to be 3rd down backs as part of the passing game, and neither will see many rushing attempts. McCoy is entering his 12th season but was brought in by Arians earlier this offseason after Brady signed with the team. Ogunbowale saw 46 targets last year as the top pass-catching running back on the team.

So where do we stand?

Who is the odd man out?

First things first, the Buccaneers likely will not keep five running backs on the roster, which means one of these players will be cut. My money is on Ogunbowale. He doesn’t fill a role that the other players can’t already, and Brady and Bruce Arians have indicated McCoy’s veteran presence is important to them. Not to mention that all reports say McCoy is still likely to be involved on passing downs.

Second, a couple of players fill the same role that I mentioned earlier of an early-down runner. The expected pecking order is Fournette, Jones, Vaughn. I don’t believe the Buccaneers would have added another running back to that group unless he was set to be handed a large role. Jones has been up and down throughout his career and can help the team in a secondary role. Vaughn, meanwhile, has not impressed Arians so far in his rookie training camp. While a good prospect, he might not see a lot of the field this year after missing time on the COVID list.

This is a messy backfield to touch, there are a lot of mouths to field, and the belief is that all of the players should see snaps throughout the season. With these running backs eating into each other’s touches, none will likely finish as a Top-12 option.

Breaking down the roles

Once we break down their roles, the most fantasy-relevant of the group will be whoever gets the majority of goal-line carries and whichever one gets the majority of targets. Fournette, despite his low touchdown count in 2019, has the best skill set to be utilized in the red zone, making him a good flex with a lot of TD upside in this offense. As far as who gets the most targets out of the backfield, my gut says McCoy. McCoy will bring the pass protection that Arians and Brady expect and that will equate to snaps. If McCoy can see 3-5 targets a game, there will be weeks where he could easily slide into your PPR flex spot.

Ronald Jones has the talent to surpass Fournette as the lead back, but his struggle with consistency has always held him back. He has a head start of understanding the system in Tampa Bay, but we’ll see if that gives him enough of a boost to start Week 1. Vaughn also has a lot of talent but seems to be going through a rough transition period. Arians has said his best chance to make an impact is through returning kicks.

Buyer beware, this backfield is a minefield. The Buccaneers could produce two or three flex-worthy running backs, and maybe even a Top-24 producer, but it will be hard to find the week-in and week-out consistency and security you often want on your team. Fournette has the best chance to be the top fantasy RB, with Jones close behind. It will come down to volume and money talks. So go out there and trust your gut. Nobody will know the specifics of the splits until a couple of weeks into the 2020 season.

All stats sources from FantasyData.com

Thanks for reading. Hit me up on Twitter and let’s talk fantasy football. You can hear me on the Dynasty Rewind podcast. Please be sure to join the #Nerdherd so you don’t miss out on any of the amazing things we have to offer at Dynastynerds.com. You will get rankings, extra podcasts, and access to our rookie film room. For just a couple bucks more you can get access to our revolutionary DynastyGM tool. So much for so little, why miss out on all the fun.

In It To Win It: Veteran Players To Help Put Your Team Over The Top
Physical Graffiti: Identifying Tight End Production – The Gambles