Before the Week 7 games start lets take one last look back at Week 6! @NateNFL gives you his weekly stock report. 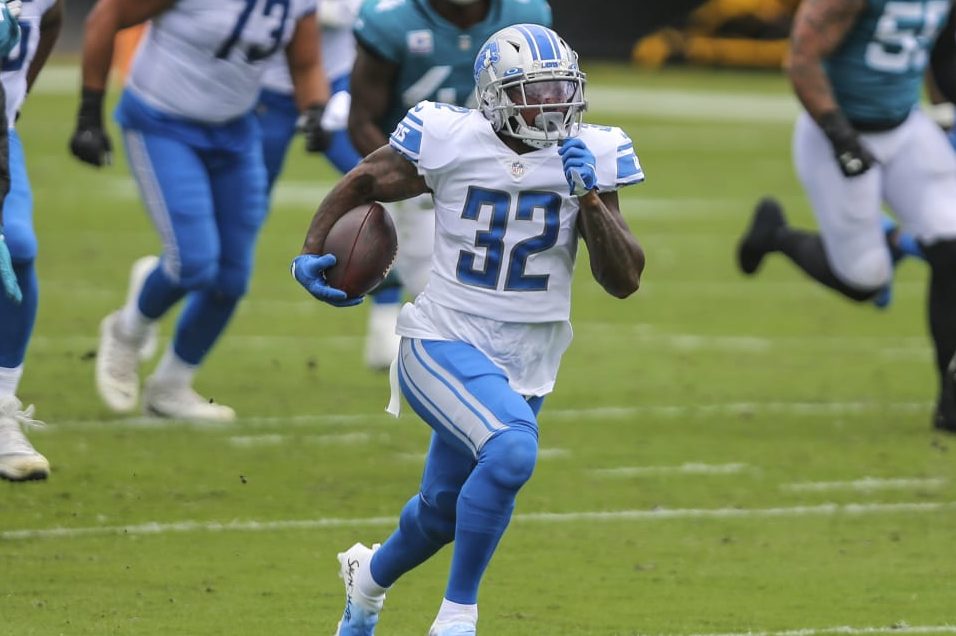 Well Matt Ryan and Kenyan Drake made me look pretty silly this weekend. Last week I said that Chase Edmonds was the running back to own in the Arizona backfield, Drake proceeded to put up 164 yards and found the end zone twice to finish as the RB2 on the week. Ryan meanwhile passed for 371 yards and 4 TDs which was good for a QB2 finish, and that’s why I had Ryan as a “hold”.

This weekend we are going to find out a lot about which teams are ready to hit their stride for the mid-season push. The Cowboys need to figure something out with Andy Dalton and everyone is excited to see Russel Wilson and the Seattle Seahawks go back out on the field against the Arizona Cardinals. Looking at the slate of games and there are some juicy matchups, Aaron Rodgers against Deshaun Watson as well as the Steelers’ defense against Derrick Henry and the hot Titans. I’m looking forward to a great weekend of football (by the way Big Ten football is back!) but let’s react to the past weekend first.

Deshaun Watson got the monkey off his back (Bill O’Brien) and has looked like a completely different quarterback since then. He’s been more effective on the ground and in the two games with Romeo Crennel as interim head coach Watson has thrown for nearly 700 yards and 7 touchdowns, all while completely well over 70% of his passes. Watson is being unleashed with this new offense where Brandin Cooks runs from the slot and (a healthy) Will Fuller is stretching the defense downfield. Currently the QB7 on the year despite a rough start to the season and missing DeAndre Hopkins, Watson is an incredible talent. He’s always been a Top-5 QB in dynasty and don’t let a couple early season hiccups make you doubt it.

Before the draft many analysts had D’Andre Swift as their RB1, not just because he’s a running back from Georgia but because his athleticism and pass-catching ability made him an incredible playmaker out of the backfield. Any managers who drafted him in the first round in this year’s rookie draft are now being rewarded for their patience. It was a slow start to the year for Swift, but now it looks like Swift is going to be leading the Lions’ backfield. Adrian Peterson will likely still be used but Swift will see plenty of touches going forward, especially in this week’s matchup versus Atlanta. Swift is one of many talented running backs that will continue to emerge from this 2020 draft class.

It’s nice to see Brandin Cooks used correctly. While Bill O’Brien was forcing him outside along the sideline, Crennel knows that Cooks does his best work in the middle of the field when lining up in the slot. That’s what we’ve seen in the past two weeks and it led to Brandin Cooks being the WR2 over that time. And he’s still dirt cheap in most leagues. Over the last two weeks nobody has more receiving yards (229) and only Emmanuel Sanders (18) has more receptions (17). The Houston Texans defense is not an great group so the Texans will likely be chasing points for a majority of the season, leading to great potential for Cooks to continue producing WR1 fantasy weeks.

Zack Moss missed a couple weeks with a toe injury and was limited in last week’s game against Kansas City, despite that Devin Singletary hasn’t quite been able to get a firm grip of the start gig. He’s shown flashes of his elusiveness and playmaking, but has yet to show the consistency that the Bills would like. This leaves Moss in the picture for each and every game, making it hard to start Singletary with full confidence, the Bills will likely ride the hot hand whenever possible. Singletary gets the majority of passing down snaps, but he has struggled near the goal line. A great matchup against the Jets this week will hopefully clear up the picture.

The Dallas Cowboys are a great matchup for any wideout and the stat sheet always looks good. Christian Kirk had 2 touchdowns and 86 yards for a WR5 finish, but only on 2 catches and 3 targets. Great efficiency, but low volume (granted Kyler Murray only completed 9 passes the entire night). Kirk hasn’t been able to take advantage of defenses spotlighting DeAndre Hopkins and hasn’t been close to the “breakout” many expected of him. This game gives him some life, but we need to see more. This week he’s got the Seattle Seahawks and should be able to once again have a good fantasy performance.

One of the top touted “breakout” tight-ends for the 2020 season, Irv Smith Jr. up to this point has largely been disappointing (but so has the majority of the Minnesota Vikings). In Week 6 we saw some signs of life though, 4 catches for 55 yards on five targets. Not an incredible day but good for TE11 in PPR formats. Kyle Rudolph is still taking the majority of snaps, but as the Vikings record gets worse Rudolph might become a trade candidate and the coaching staff may want to see more of Smith as he is the future for that team at the tight end position.

It’s been a rough ride for Baker Mayfield. 2019 was quite the sophomore slump and 2020 hasn’t been too kind to him either. After getting benched against the Pittsburgh Steelers in Week 6, he’s got a nice matchup against the Bengals. But the Browns would be wise to continue to rely on the running game, so far Mayfield has not been sharp and doesn’t seem like the kind of QB to control the game with his arm. Dare I say he currently looks more like a game manager, but with too many interceptions. He’s obviously still very talented, but he’s surrounded by weapons and an improved offensive line, so what’s the big issue?

Speaking of disappointing… I personally have been very disappointed in the perfjoamcne of Marvin Jones Jr. so far this year, especially considering that Kenny Golladay missed some time at the beginning of the season. So far Jones Jr. has only breached 10 fantasy points once and is currently the WR85. He hasn’t seen a great amount of targets (4.8 per game) and has only scored one touchdown so far. Now as bad as it’s been his “make or break” game is this week against the Atlanta Falcons, if he can’t show up and make an impact against the Falcons’ defense then I’m afraid we might have to throw in the towel for old Marvin.

I’m probably a little late to the part here, we could have called out Ian Thomas a while ago, but I held out hope. I think all that hope has now disappeared. I’m not sure if it’s simply that Thomas is not as good as we all hoped he would be or if the Joe Brady offense just doesn’t utilize tight ends well. Either way Thomas has lost all of my confidence as a fantasy-producer and at this point he may be droppable in most leagues. Many analysts had such high hopes for Thomas this year with Olsen finally out of the picture.

I have a couple teams that have been decimated by COVID and freak injuries (and even a DUI), and now I’m looking forward to next season and the 2021 draft class. I know were still very excited about the 2020 draft class, as we should be, but those 2021 rookie picks are looking good as well! Make sure to be honest about your team makeup and if you are able to compete this season, it’s best to go ahead and start your rebuild before others to make sure you get first dibs on young players and draft capital. This is the time of the year to start making those decisions about which team are really set up to make a championship run this year. College football is in full swing and we have an amazing devy team here at Dynasty Nerds, so if you have any questions feel free to hit them up!

Feel free to hit me up on Twitter @NateNFL if you have any questions on who to pick up, who to start/sit, and of course, who you should be keeping an eye on as the rosters start to get thinner. My DMs are always open, and I love to interact with others in this community. You can also find more of my work here on DynastyNerds.com, where I write for several different categories and also contribute to the site’s Superflex rankings. I also co-host a podcast called Dynasty Rewind (@DynastyRewind) that has a weekly waiver wire show on Tuesday nights and a live podcast on Friday nights. Feel free to reach out to me or any of the other guys on the show with any of your questions.