@RickyValero_ breaks down the best prospects from the National Championship Game 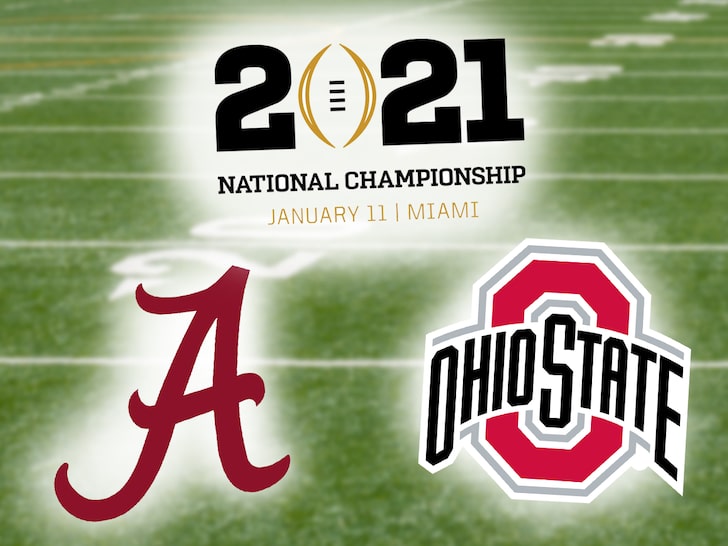 The wild roller coaster of a ride this College football season has met the final game of the year. We have two titans of a team playing head to head to crown a National Champion.

The most crucial stage of them all is upon every one of these players, and how they respond could determine their future. From top to bottom, Alabama and Ohio State are loaded with talent, and I will share some of the guys from both sides that are the top devy and NFL prospects.

Before the season started, there wasn’t a single guy that had more pressure on him than Mac Jones. Everyone (including myself) expected the Bryce Young journey to begin early in the season. Jones has not only proved the doubters wrong, but he has played his way into the top tier of the quarterbacks in the upcoming draft.

Jones capped off a remarkable regular season by throwing for 297 yards and four touchdowns against the Fighting Irish. If Jones can showcase again what he has all year against the Buckeyes, Jones’s stock will be even higher.

The real Heisman winner, please stand-up. Harris has proven once again that he is the top back in this class (Sorry Etienne fans) by running over (literally) everyone in his way. Honestly, what can I say about this guy that hasn’t been said? Harris can do it all, and another standout performance could see this man at the top of draft boards everywhere.

Billingsley is someone that intrigues me a whole lot in the Devy world. Tight ends are hard to come by, but if you are in a Devy league, the goal is to be one step ahead of a potential breakout. Jahleel has the speed, hands, and ability to take that next step.

They have gotten Billingsley more involved in the offense down the stretch, and he has four kick-off returns in the last two games. He has caught touchdowns in three out of his four games, including a 12-yard touchdown against the Fight Irish the previous week. Look for him to play a significant factor in the championship game.

Welcome to all of you that joined the bandwagon, and hello to the doubters from the last few months. Fields showcased why he is the second-best quarterback in this class last week by torching the Tigers for six touchdown passes.

The biggest thing that stood out to me in the game against the Tigers was his ability to keep Clemson OUT of the game and slam the door shut. Not all quarterbacks are closers, and that’s okay. Still, Fields looked like prime Mariana Riveria and did it with an injury.

Sermon has been a guy that I’ve always liked, and the injuries were a concern the past few years, and the transfer was the fresh start that he needed.

A big part of why the Buckeyes were able to defeat the Tigers was the run game. Sermon opened the second drive of the game with a catch for 34-yards and followed it up with a fierce 32-yard scamper that set the tone for the rest of the game.

Over the last three games, Sermon has rushed for 636 yards on 70 carries (9 YPC) and four touchdowns. Ohio State will need Sermon to set the tone against the fast-paced Crimson Tide, and with another big game, Sermon’s draft stock will sky-rocket.

I’ve had my eye on Ruckert for two years now, and I was hoping this year would be his breakout year, but the cards weren’t in his favor. Ruckert is a big body tight end who can block, run routes, and has excellent hands.

Ruckert will be a red zone threat on Sundays, I can promise you that, and he showed you just that in the game against the Tigers. He had two touchdowns, one from 12-yards out and another from 17 yards. What impressed me the most was how he was able to get behind both defensive players and catch a beautifully placed ball by Fields for six.

Ruckert might not be the flashiest of guys in the upcoming draft, but he will be productive.