National Signing Day is here! With most of the top recruits already committed in December, who are the names to watch when the tables and hats start blowing up our timelines? @DynstyDadStache takes you through a few of the prospects to keep an eye on. 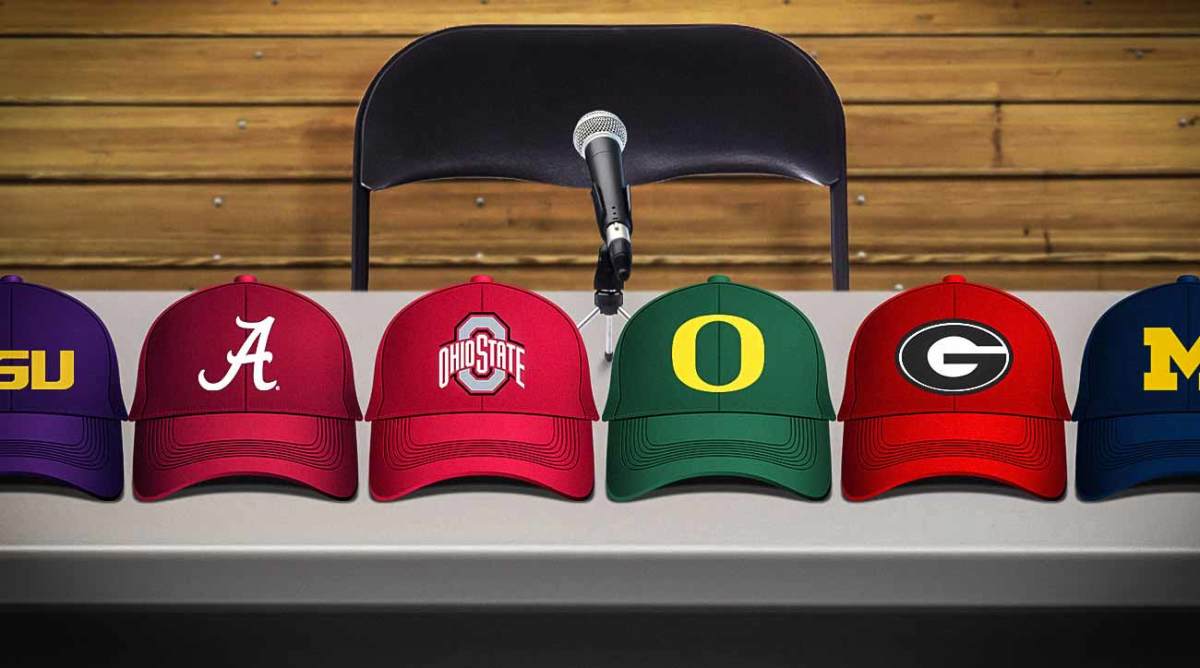 For the casual football fan, a lot of the rush of college football freshman recruiting is already passed. Most of the recruits in the nation, especially those at the top of most rankings lists, have already made their commitments before the early signing period passed on December 16th of 2020 rather than on National Signing Day.

But for those of us scouring the commitment classes for gems to pick up in our C2C freshman drafts, there is more meat left on the bone than you would think for the upcoming National Signing Day on Wednesday, February. 3rd, including one of my favorite prospects in the entire 2021 class!

So, before you get to following the theatrical commitment videos that have made National Signing Day a social media phenom, let us get a preview of the top fantasy-relevant prospects who will be making their decision.

LJ Johnson is a 5’ 10” 204lb running back out of Texas who is the highest caliber recruit on this list. With a prototypical running back build and Johnson owns a 4.42 40-yard dash time. Johnson looks like a player who will be a difference-maker at the college level. The experts all seem to have him locked into a TAMU commitment, but there haven’t been many clues from Johnson’s social media page. His last posting listed his top-4 school as TAMU, OU, UT, and LSU. As a tiger fan, I would love to see this stellar prospect land in Baton Rouge, but it will be an announcement to keep an eye on.

Brian Thomas started the year as the top-ranked WR. He was expected to come in with the stacked pass-catcher class LSU is pulling. As of now, he’s sitting at third. Thomas is the only one out of those top three who hasn’t committed. He’s still a 6’4” WR who pulled in D-1 basketball offers to accompany his football attention, so the talent is absolutely there. If the predictions stick, he will become part of a new wave of the LSU Tiger offense that you will almost certainly be hearing about for the next few years.

Destin Hill is another speedy WR out of Louisiana that would be one of the top recruits of the Seminole’s 2021 class (Hill would be one of seven 4-star recruits if he signs there). Hill received offers from just about every major program you can think of (Bama, OU, LSU, UGA, Florida, to name a few). So, you know that the scouts like what they see. It will be exciting Wednesday to see if he does turn down those heavy SEC offers in favor of FSU.

Clay Millen is a 6’3” 188lb pro-style quarterback out of the state of Washington. After committing to Arizona in June of 2020, Millen backed out and de-committed in January of 2021. His older brother went on to be a Pac-12 QB. 247 has given Clay Millen as hefty of a comp as NFL starter Kirk Cousins. So, there is plenty of intrigue to see whether Clay jumps back in with the wildcats or finds a different school to invest in.

Keon Coleman is the prospect I will be paying the most attention to on signing day. Playing small-school-ball in rural Louisiana, Coleman didn’t exactly get the national attention of the elite players. However, the skills Coleman displays across his game film leave me scratching my head. I wonder what I am missing that he is not rated as a top-ranked player at the position. The 6’4” 200lb pass-catcher is a threat to score almost every single time he touches the ball (which shows up In his 22 TDs made in only 35 catches his junior year, just on offense, not counting his special teams and defensive scores). He has stated his priority is playing both football and basketball in college, making his commitment a unique one. According to 247 Sports, Coleman’s top list includes “Texas, Virginia Tech, Grambling, Michigan State, Jackson State, USC, Ole Miss, Houston, and FAMU.”

Without a doubt, 2021 National Signing Day on February 3rd will be a fun day for college football fans. Make sure to keep an eye on these prospective future stars. You never know who the next zero-to-hero could be. Being the first to get the details on an eventual household name always helps you get that step ahead no matter what fantasy format you are playing.

You can follow along with incoming freshman news and profiles at 247 Sports with the link below.