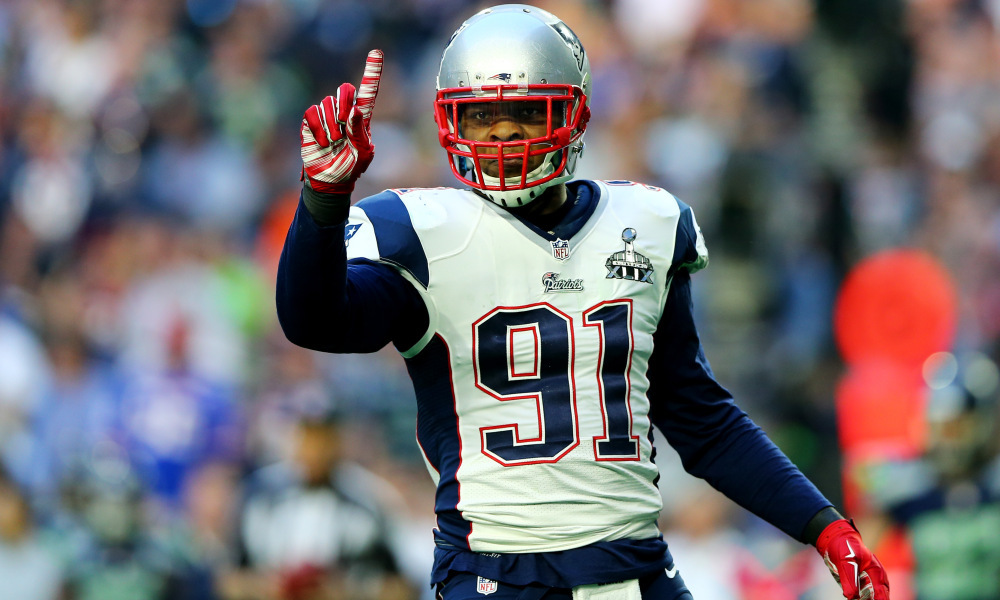 This is surely something I didn’t expect to see a month into the season; Three former high-level defensive players have been cut less than five games into the 2021 season. The Patriots traded cornerback Stephon Gilmore to the Carolina Panthers, linebackers Jamie Collins and Jaylon Smith were cut by their respective teams. Each situation is a bit different. It’s still surprising for football fans to see some of their favorite names on defense be released or traded for next to nothing.

So what does this mean from a #FFIDP dynasty perspective? The dynasty nerds IDP team put together a quick breakdown of each player and what a change in scenery means for them. It’s important to realize the impact on our dynasty teams vs. their impact as real football players for their new teams. I hope you guys find the breakdowns informative, and they can help you gain even the slightest edge in your leagues.

The Patriots drafted Jamie Collins in the second round of the 2013 NFL Draft. He would spend three and a half seasons with New England, winning a Super Bowl in his second season; he was dealt at the trade deadline in 2016. Collins played 30 games for the Cleveland Browns; his best season was in 2018, when he recorded 104 tackles, 4 sacks, and 13 tackles for loss. The former Southern Mississippi linebacker would return to New England in 2019, starting 15 games, recording 81 tackles and a career-high 7 sacks. The veteran LB would sign a three-year $30 million deal with the Detroit Lions ahead of the 2020 season.

Jamie Collins fell victim to being a veteran LB whose production dip after a new coaching staff came in. The Detroit Lions are a team attempting to rebuild yet again. Detroit looks to get their younger players on the field and decided that Collins no longer fit the team’s plans after just two games. Alex Anzalone was outplaying and out-snapping him through the team’s first two games. That, combined with the push to play rookie LB Derrick Barnes eventually led to Collins’s release.

Jamie Collins returns to New England, where he has seemed to play some of his best football under Bill Belichick. Collins returns to the defensive system that has seen him post career highs in tackles (115), sacks (7), passes defended (6), and forced fumbles (5). At 31 years of age, there’s zero doubt Collins is the same player he was during those years. The coaching staff trusts the veteran, who should see snaps quickly. Jamie Collins graded well according to PFF in run defense (79.8) and pass rush (82.3). In both of these areas, the Patriots could use help on the defensive side of the ball.

Dont’a Hightower leads all non-rush LBs on the Patriots with a 74% snap share. Ja’Whaun Bentley, who has shown flashes, is once again dealing with injuries this season. The trio of Hightower, Collins, and Van Noy has been very productive in New England in the past. We can’t rule out Bill Belicheck getting the most out of those three as they all are on the downside of their careers. Jamie Collins is not a player you should be looking to acquire unless he’s a waiver wire add. However, if you have him on a deep roster, I would recommend holding him. We can’t forget his last season playing in the system. He finished as the LB15 overall in 2019.

Stephon Gilmore was drafted 10th overall in the 2012 NFL Draft by the Buffalo Bills. He spent five seasons with the Bills collecting 14 interceptions before leaving in free agency for the New England Patriots. Gilmore would be recognized as one of the game’s best cornerbacks under Bill Belichick. After joining the Patriots in 2017, Gilmore became a three-time Pro-Bowler, two-time All-Pro, Super Bowl Champion. He was also named 2019 NFL AP Defensive Player of the Year. During his time with New England, he played in 56 games. He recorded 11 interceptions, three forced fumbles, two fumble recoveries, two defensive touchdowns, and 161 solo tackles in those games.

The former South Carolina CB returns to the Carolinas after being traded this week to the Carolina Panthers for a 2023 sixth-round pick. Gilmore fell out of favor in New England in the post-Tom Brady era after only playing 11 games last season. The Patriots and Gilmore couldn’t agree on a restructured contract, and the team planned to release him before the Panthers made the call to trade for him. Carolina just lost their first-round draft pick, CB Jaycee Horn, to a foot injury. This likely pushed them to make a move for Gilmore. The Panthers have acquired two former first-round CBs in the past two weeks as they look to make some noise in the NFC playoff picture this season.

In non-CB-required dynasty leagues, the best cover corners in the NFL are rarely valuable in IDP leagues. Stephon Gilmore’s best season was his NFL DPOTY in 2019. He finished as the DB17 overall and the CB2 overall. Gilmore has had three seasons over 50 tackles in his 10-year career. It’s very difficult to rely on him for fantasy production when his tackle numbers are so inconsistent. Gilmore’s coverage skills tend to force opposing QBs not to throw his direction.

This move by Carolina was a win-now move for the team. Gilmore’s reputation as a very good coverage CB will help them compete against division favorite Tampa Bay. The Buccaneers arguably have the best pass-catching skill players in the NFL. There should be little to no interest in Gilmore from dynasty managers outside of a streaming option.

This is the one that took me by surprise the most because it’s not often we see a 26-year-old LB who is less than two years into a contract extension cut. This was the case with Jaylon Smith and the Dallas Cowboys, who released him after just four games this season. Smith, a former Notre Dame LB who was a second-round pick in the 2016 NFL Draft. He has seen a decline in his play recently. The new defensive system coming in along with the team drafting multiple LBs has made him expendable.

The Dallas Cowboys took an unnecessary cap hit to release him so it’s clear they had no intentions of using him. The team looks poised to make a deep run in the playoffs in 2021. Dan Quinn took over as the Cowboys’ defensive coordinator this season. Dallas brought in former Falcons DB turned LB Keanu Neal in free agency and drafted LB Micah Parsons and LB Jabril Cox. Parsons immediately took over as the team’s best linebacker which was evident in the season opener against Tampa Bay. Jaylon Smith was limited to only 16 snaps in that game. Smith played 50 snaps or more in the next two games before being limited to just 28 snaps in his final game.

While Jaylon Smith’s effectiveness as a football player may have regressed, you certainly couldn’t tell much by the stat sheet. Smith finished with double-digit fantasy points in all but one game last season. His tackles numbers have increased in each of his five seasons. Smith’s 16 games averages are 75 solo tackles, 2 sacks, 5 passes defended, and a forced fumble and a fumble recovery. These numbers on any team still make him a very valuable IDP. I don’t see someone who should lose a ton of value.

Jaylon Smith and the Green Bay Packers agreed to a one-year deal less than 24 hours after his release. This could be a perfect fit for both as the Packers have struggled to find a leader at LB since Blake Martinez left before the 2020 season. When Martinez was with Green Bay, he compiled three straight seasons of 144+ tackles. His name was constantly present in the top 12 LBs for IDP leagues. Jaylon Smith has been labeled by some as a coverage liability. His PFF grade would dispute that as he graded out at 82.2 this season compared to just 64.4 a season ago.

The combination of De’Vondre Campbell and Krys Barnes has been solid. Barnes injury has forced the Packers to turn to Ty Summers and Oren Burks, who aren’t enough of difference makers. Jaylon Smith will be the best LB on the Green Bay roster, he’s a leader, and as long as he can play within the system, he will remain relevant to IDP managers. This move was a blessing in disguise, and I have little doubt Smith can continue to produce big numbers once he’s given the number of snaps he’s been used to getting.

As always, I appreciate you taking the time to hear my thoughts on the moves for these players. You can always reach me through direct message on Twitter @Glosser13 for any questions or advice on all things IDP. We have built a strong team here at dynasty nerds. We will do anything we can to help you succeed and win your leagues dynasty championship. Good luck the rest of the season, my fellow IDP Nerds.

From Dynasty to DFS: Week 5
Superflexing in the Mirror: A rebuild update