There’s A New Sheriff In Town. The Dallas Cowboys Have Brought In Mike McCarthy As Their New Head Coach. @reflipewthenuz Is Here To Break Down The Signing & Dynasty Ramifications For Your Squads. 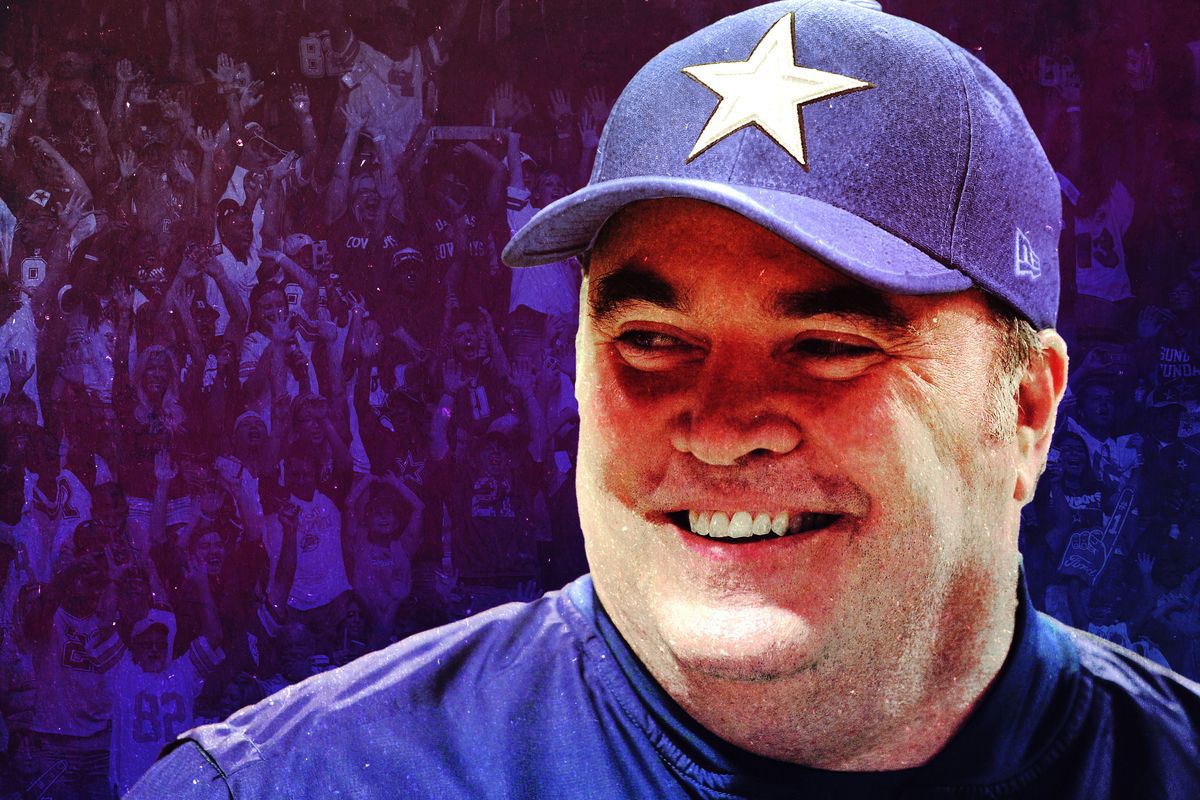 After suffering through years of disappointment under former coach Jason Garrett, the Dallas Cowboys have tabbed Mike McCarthy to be their new head coach. Despite his decorated resume, some in the dynasty community have been less than enthusiastic about the fit. The apparent lack of excitement notwithstanding, McCarthy brings with him an excellent record which includes a Super Bowl Ring. Oh, I can already hear the detractors saying well he had Aaron Rodgers and Brett Favre as his quarterbacks. That is true, but what is also true is that McCarthy developed Aaron Rodgers into the QB he is now. Without further ado let a take a look at the coach and the tools he will have at his disposal.

Mike McCarthy began his coaching career under Marty Schottenheimer back in 1993. From that point forward the coach served in several different jobs with different teams including the Green Bay QB coach (1999), New Orleans Saints OC (2000-2004), and finally the San Francisco OC (2005). It was at that point that the kid from Pittsburgh got his first head coaching gig right back in Green Bay. One of the big selling points was his relationship with QB Brett Favre. McCarthy coaxed a couple of very good years out of Favre before turning his attention to former 1st round pick Aaron Rodgers. Following the trade of Favre to the Jets in 2008, Mike McCarthy and Aaron Rodgers formed a magical tandem that would go on to win 5 division titles and most importantly Super Bowl XLV over his hometown Steelers. Before being fired midway through the 2018 season McCarthy compiled a 125-77-2 regular-season record. His 125 wins rank 2nd all-time in Packers history behind only Curly Lambeau.

Despite coming up under Marty Schottenheimer, Mike McCarthy has developed a reputation as a coach who loves to pass the ball. He employs a modified version of the West Coast Offense pioneered by Bill Walsh. His playcalling relies heavily on short and intermediate passes where the QB gets the ball to his playmakers as quickly as possible allowing them to gain yardage after the catch or YAC. The primary routes in this system tend to be slants, outs, curls, and drag routes. Oh sure, you will get the occasional deep shot, but the main goal is to get the ball out of the QB’s hand as quickly as possible. Wide receivers have done very well under McCarthy. Everybody from James Jones, Jordy Nelson, Randall Cobb, and Davante Adams have succeeded under his guidance.

One thing is certain, McCarthy will be calling his own plays in Dallas. In all but one season in Green Bay, the Head Coach acted as his own play-caller. Say what you will about him, he always put forward a quality offense. The one area where he tends to lack is in the running game. Under McCarthy, the Packers had a 1,000 yards rusher only three times! You can see his yearly rushing leader below.

If there is one player who stands to benefit from the Mike McCarthy hire it is Quarterback Dak Prescott. Coming off the best statistical season of his career Dak has the tools and experience to fully operate the West Coast scheme. His athleticism will add an additional element to McCarthy’s playcalling. While Aaron Rodgers was an above athlete himself, Dak will bring an element of playmaking ability to the West Coast offense akin to the likes of Steve Young. McCarthy began as a QB coach, and solidifying a bond with Dak will be priority number one. He has worked with two all-time great signal callers and brings a wealth of knowledge to the table to impart to his new pupil. I expect this to be an outstanding hire for Prescott from a numbers and confidence perspective. Mike’s former QB Brett Favre believes this was the perfect hire for Dak as you can hear below.

“I believe that he is tailor-made for that job.”

-HOF Quarterback @BrettFavre on Mike McCarthy being named the new Head Coach of the @DallasCowboys.

Indeed, Mike McCarthy has rarely ever seen a down on which he would rather run than pass. However, it is also true that It has been quite some time since he’s coached an RB of Elliot’s caliber. The last time he had a player like Zeke was when he was the OC in New Orleans under Mike Ditka and coached Ricky Williams. This pairing led to back-to-back 1,000-yard campaigns. So it is entirely possible that McCarthy simply highlights the strengths of his roster. The one area where I feel both Zeke and Pollard will improve is in the receiving game. The West Coast system employs RBs as an outlet and hot route option at a high rate. Both of the Cowboys’ main backs are smooth pass catchers who will be heavily involved from the get-go. At a minimum, it is safe to assume that Elliott will see the type of usage given to Eddie Lacy early in his Green Bay tenure where he saw around 250 carries and 30 to 40 catches. I certainly expect more out of Zeke but he will cede some work to the impressive rookie as time goes on.

I am going to assume for argument’s sake that the Cowboys manage to either franchise or sign Amari Cooper to an extension. This group stands to benefit from the arrival of Mike McCarthy in Big D. He has consistently coached offenses that produce top-level fantasy WRs. He has also shown the ability to sustain two high-end pass catchers at the same time within his scheme. Both Cooper and Gallup should again challenge for 1,000-yard seasons. His West Coast scheme highlights short and intermediate routes where players like Cooper and Gallup can get the ball in their hands closer to the line of scrimmage and get up the field. I would not be shocked to see Randall Cobb brought back in to act as somewhat of a player-coach to help his fellow WRs get up to speed on McCarthy’s system. Below you can see some images that show the types of route combinations McCarthy has consistently called in the past.

If there is a position group I expect to suffer as a result of the hiring of Mike McCarthy it’s the TE position. For some reason, the myth of the legendary Green Bay TE has persisted despite the failures of players like Martellus Bennett, Jared Cook, and Jimmy Graham. It simply seems that McCarthy does not heavily target the position. Add his past usage of the position to a weak roster group and you have the recipe for a fantasy dud. I simply do not see this being a good thing for Blake Jarwin or Witten if he comes back for yet another bite at the apple. I would recommend you fade the Dallas TE group under Mike McCarthy.

The Dallas Cowboys have been a team hovering on the precipice of a title run for years. Owner Jerry Jones is willing to do anything and everything to bring another championship to Big D. Mike McCarthy is in my humble opinion, the best possible hire Jones could have made. His proven track record and history developing and dealing with high-end quarterbacks makes him that much more attractive. McCarthy has already begun building his staff by bringing back a key piece of the previous group. It appears likely that Kellen Moore will remain as the Offensive Coordinator. This is a curious decision based on McCarthy’s history of calling all of his own plays. Perhaps this will be another opportunity for Moore to learn under the tutelage of a Super Bowl winning coach. Perhaps this is an effort to keep Dak Prescott happy with the coaching change. No matter the reason Moore would provide a measure of continuity for a roster that showed great promise at times. As a Bears fan, I am personally happy to see Mike McCarthy out of the NFC North. He is the same age (56) and has virtually the same record 125-77-2 vs. 131-77 as Sean Payton. Each coach has a single Super Bowl to his name and specializes on the offensive side of the ball. If the Dallas Cowboys were bringing in Sean Payton people would be falling all over themselves about what a great hire it was. My personal animus towards him notwithstanding, this is an excellent hire by Dallas. I highly recommend acquiring Cowboys skill players moving forward.