This 25 year old running back continues to be undervalued in the dynasty world, but he could easily be a star for years to come. 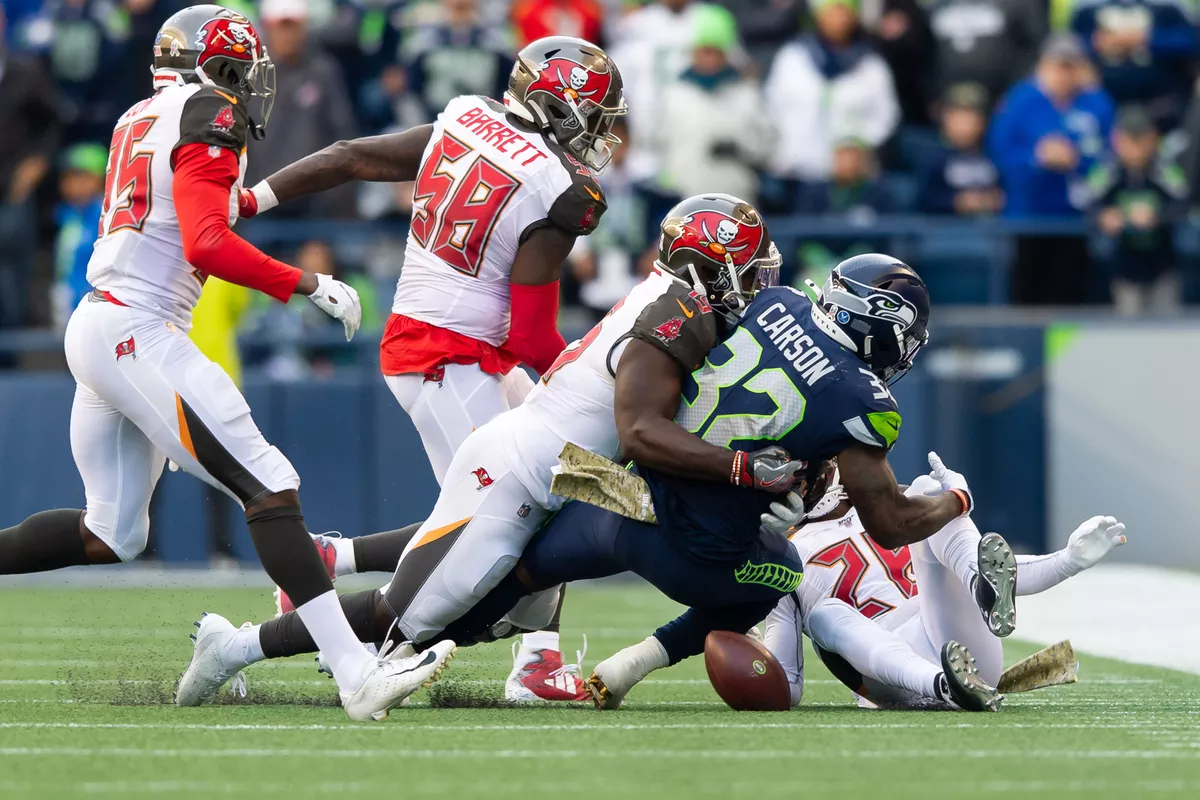 Although the Seattle Seahawks have one of the best QBs in the NFL, we know under Pete Carroll, they still love to run the football. In 2017, Due to injury, Chris Carson saw the field in just 14% of plays during his rookie year. His 2nd year, in 2018, saw him having a quiet, solid, and somewhat surprising year. He rushed for 1,151 yards that year and added nine touchdowns. This was also done in just 14 games with a Y/A of 4.7 that year. Last year, Carson saw an increase to 65%, with more to come this upcoming year.

The power back knew his role would be big in 2019, and it sure was. Carson increased his yard total last year to 1,230 yards with seven touchdowns in 15 games. A big issue that many fantasy owners saw was his fumbling issue. Carson recorded a dreadful seven fumbles last year, and everyone had their eye on that number. Come 2020, Carson could easily improve on his numbers and hopefully get over his fumbling issue.

Chris Carson looks to be the primary back for the Seahawks as he heads into his 4th year. Yet, most dynasty sites have him ranked quite low. Dynasty Nerds has Carson ranked as RB28. He is being valued on average as the 26th best ranked running back in start-up leagues. This value leaves him as a back end RB2 with no true upside of an RB1 this upcoming year.

I think Carson is being undervalued and possesses the tools to be an RB1 in many leagues. In 2019, he ranked 7th in the NFL on touches and 5th in the NFL for rushing yards. Although the power back is not the best receiving option for Seattle, he still ranked 10th in the NFL for yards from scrimmage, at 1,496 yards. These numbers suggest Carson can easily be a high-end RB2 and possible RB1. It is important to remember that the 222 lb. running back is just 25 years old and looks to have a bright future.

What is Carson’s Future?

Chris Carson finished as an RB10 in 2019 in PPR leagues in just 15 games, which was a great finish. In 2020, Carson hopes to only improve on that status as he still has room for an increase in touches. Although Carson is not on the same level as Saquon Barkley, Barkley saw an 83% rate of offensive snaps his rookie year. As Carson has a similar playstyle to Barkley, Carson can be set to achieve many more carries from his run-heavy coach in Pete Carroll.

As for the future, Carson has an ability that so few power backs have as his ability to cut and break tackles into the 2nd level lead him to big carries every game. Last year as the Seahawks tried to use him in more ways than just between the hashes, Carson was able to burst to the edge and deliver a new ability that mostly was used on speed back Rashaad Penny. Carson enjoys plowing through anyone in his way, and he will surely continue this for many years to come.