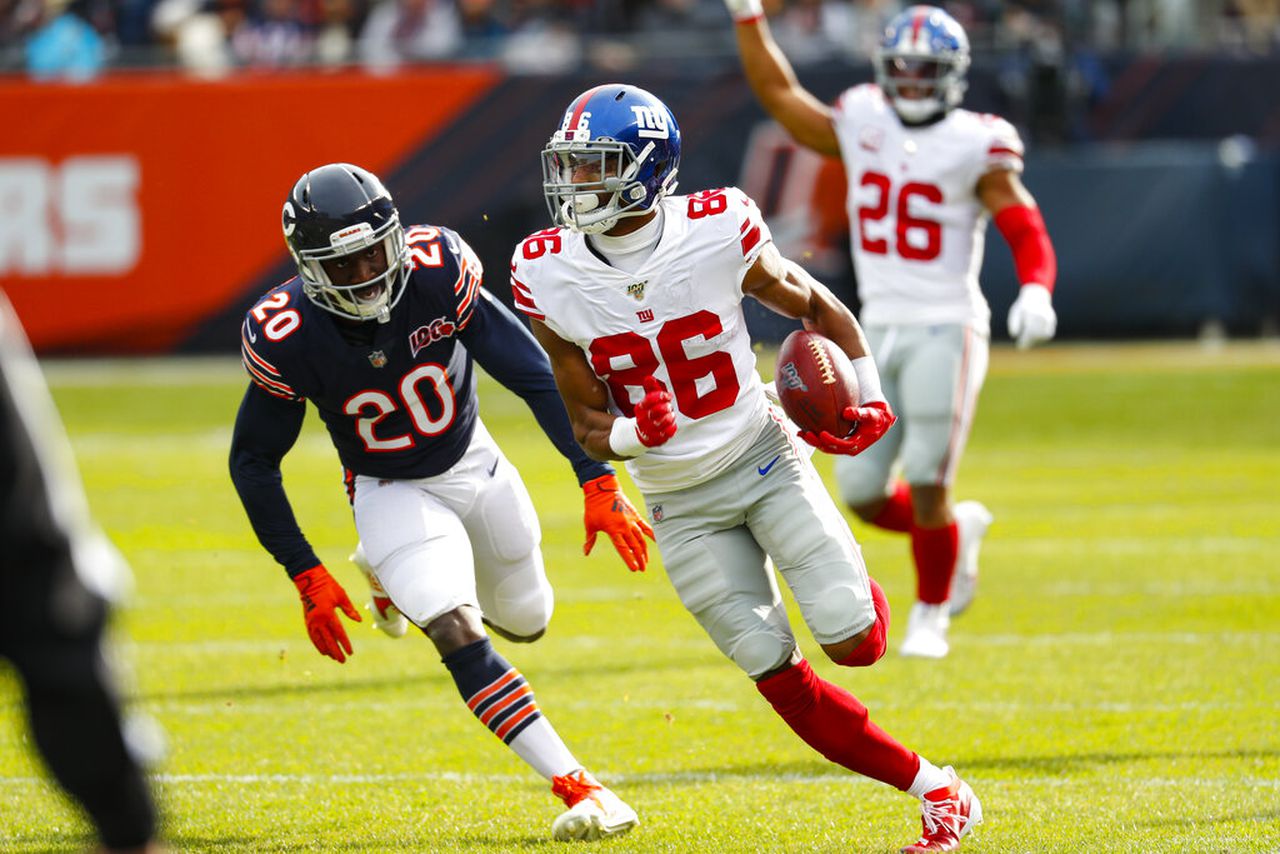 In the 2019 season, all eyes in New York were on rookie QB Daniel Jones, the first-round pick from Duke. Taken in the fifth round, WR Darius Slayton had a big year for the Giants. Slayton ended up playing 66% of snaps and finished the year with 48 receptions, 740 yards, and 8 touchdowns. It was a great year for a guy who came in with little to prove. At 6’ 1”, his speed was seen at the University of Auburn where he had 1,605 yards and 11 touchdowns in three years. In general, the receiving core in 2019 for the Giants was quite weak with no true leader. Slayton finished as the #1 WR based on stats last year, but he started just nine games. His uproar at age 22 brought dynasty owners a solid glimpse of what may be a high-value WR for years to come.

Heading into 2020, the WR core for the Giants made no true improvements but instead focused on the offensive line for QB Daniel Jones.

Looking at the other options beside Slayton, Golden Tate, the aging WR can still be a good option but does not look anywhere near a possible #1 WR. The other main option at WR is Sterling Shepard, who still has time to prove his potential but is often sidelined to injury as he had missed 11 games in his first four years. Of course, there is Evan Engram, a solid TE, but at WR, the Giants remain with few options. That gives Slayton another chance to lead the team in yards and be the true #1. Slayton is also a touchdown machine compared to the other two WRs, as Tate has had zero 8-touchdown seasons, and Shepard has just one in their respective careers. I think Slayton will be an excellent dynasty option for years to come and should eventually be the main guy in New York.

As you see in the video above, Slayton may not have the size of a big, deep threat, but he certainly was a popular option downfield as he averaged 28 yards per touchdown.

Even in college, Slayton was a deep threat with hands that snag the ball out of the air, even in tight coverage. On this play, Slayton makes a big adjustment to the ball right before he goes for it, something few college players could do right.

Running a 4.39 40-yard-dash in 2019, Slayton is a quick wideout who has shown in-game that he can make quick cuts and get away from his defender.

Slayton shows here he can slither through quick corners after making cuts towards the sideline. Although he spent half the year with his QB being Eli Manning, Slayton should continue to develop with Daniel Jones, who also has the potential to be something great in the future. For all dynasty players, it would be smart to keep a close eye on Slayton in 2020.