As the L.A. Rams look for a new star back to replace Todd Gurley, they may have one already on their team. One who can also contribute right away with tons of success. 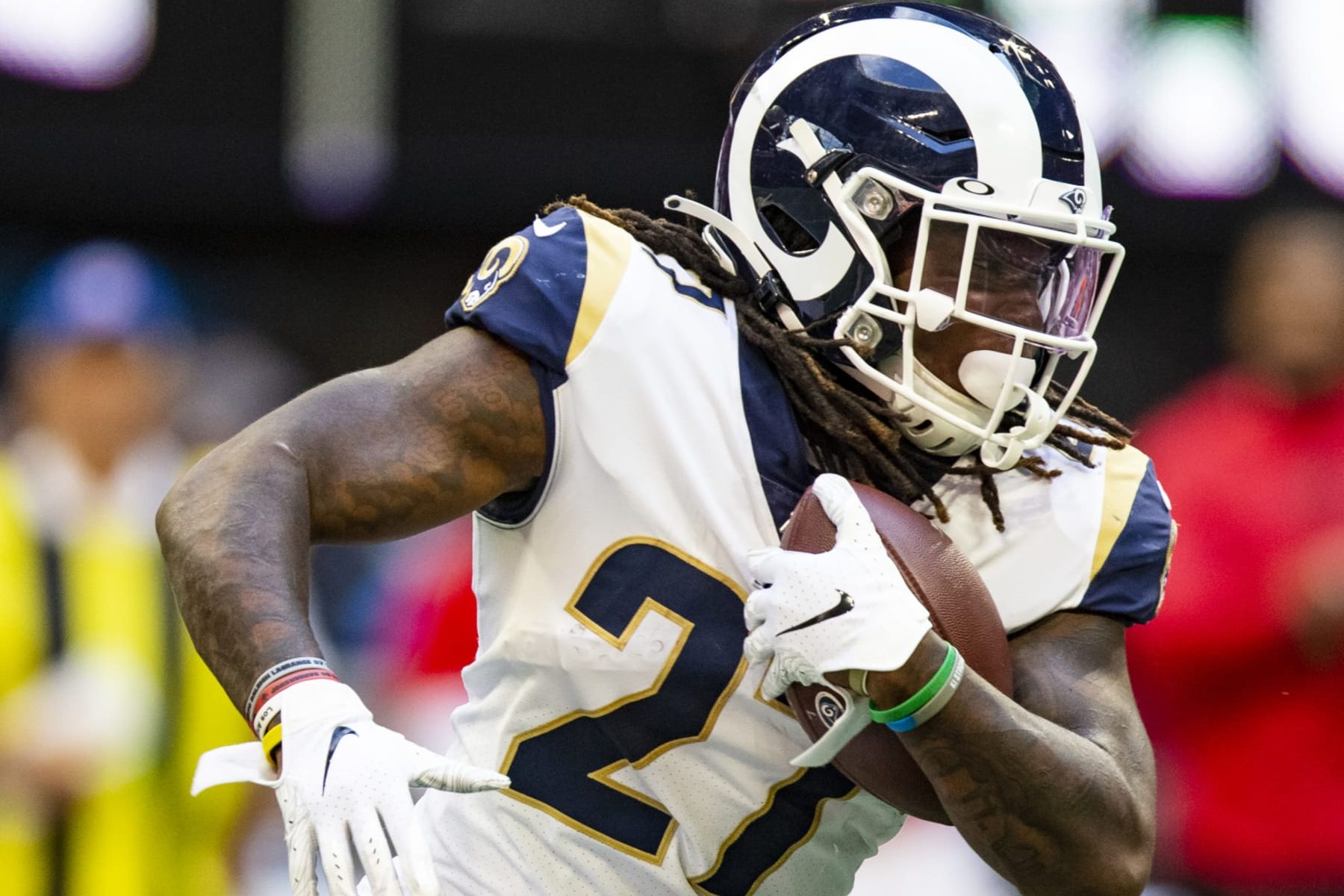 After seeing just 8% of all offensive snaps during his rookie year in 2019, Darrell Henderson, running back from Memphis, heads into his 2nd year with a solid chance to break out and be the next main running back for the Los Angeles Rams. The 5’ 8”, 208 lb. Back started his stardom at the University of Memphis, wherein his final year, he rushed for a dominant 1,909 yards and 22 touchdowns. He quickly became one of the best running backs in college football in 2018 as he rushed for 8.9 yards per carry during the year. When it comes to where he ranked in the CFB scene during that year, he ranked #1 in CFB in:

Henderson clearly showed his potential and dominance in college, which scored him a 3rd round selection in the 2019 draft. His combine stats included a 40 yard dash time of 4.49 seconds and a bench press total of 22. WalterFootball.com had him ranked as the 4th best running back in the draft and a projected 2nd round pick. Luckily for the Rams, Henderson fell into the 3rd round. The Rams who were planning to move off of Todd Gurley got their value back in the draft.

The post-Gurley area in LA points Henderson directly into the spotlight after a rookie year fraught with tons of uncertainty. The Rams selected Cam Akers, who has tons of potential as well, in the 2020 draft. Rams GM Les Snead stated that the offense needs to “utilize more than one workhorse moving the ball, with different skill sets.” This makes sense for the Rams as they do have three solid backs who all could be the next breakout star. But many in the organization believe that Henderson could become the heir apparent to Todd Gurley in McVay’s scheme.

Fantasysharks.com projects Henderson to get 123 carries this year, much more than the 39 his rookie year. Rookie Cam Akers projects to get similar numbers, but Hendersons experience in the system could easily give him the edge this year over Akers. It is important to consider the impact of Malcolm Brown as well, but many expect Henderson, who is five years younger, to get more action through the next few seasons. As we have seen around the NFL, committee backs can be successful with a good scheme, like the Rams have.

Here it is clear how Henderson can use his speed to break to the outside. It is wise to remember that at just age 22, his vision down the field seems to be superb and is what helped him such a successful college career.

As Henderson broke many records in college, he maintained a constant work ethic, which led him to 22 rushing touchdowns his Junior year. Henderson is a pure running back who many have compared to Alvin Kamara because of his ability to turn small runs into big ones.

What many scouts saw from Henderson was his versatility in the running game. He excels at cutting back runs inside and taking them to the second level. Even as a smaller back, Henderson shows how he is always ready to attack the bigger linebackers. He is a solid overall back with a touch of shiftiness to excite.

Henderson clearly has what it takes to be an every-down back in this league, and the Rams can easily make him that guy. In start-up drafts, Henderson is going as a back end RB4, while rookie Cam Akers is going as a high RB3. If you are looking for a possible running back who can be a great bench asset for the future, Henderson meets that need as his current RB4 status can become an RB2 spot as early as this year with all his potential. Every year there are running backs who go from unknown to dynasty assets, Darrell Henderson will surely have a chance to become one of those in the future.

20 Projections for 2020: Part 14- Miles Sanders
Reality Check: Moderating Expectations for the Class of 2020