One young stud on the Green Bay Packers roster looks to make a big leap in his third year, the team is confident in him and so is his QB. 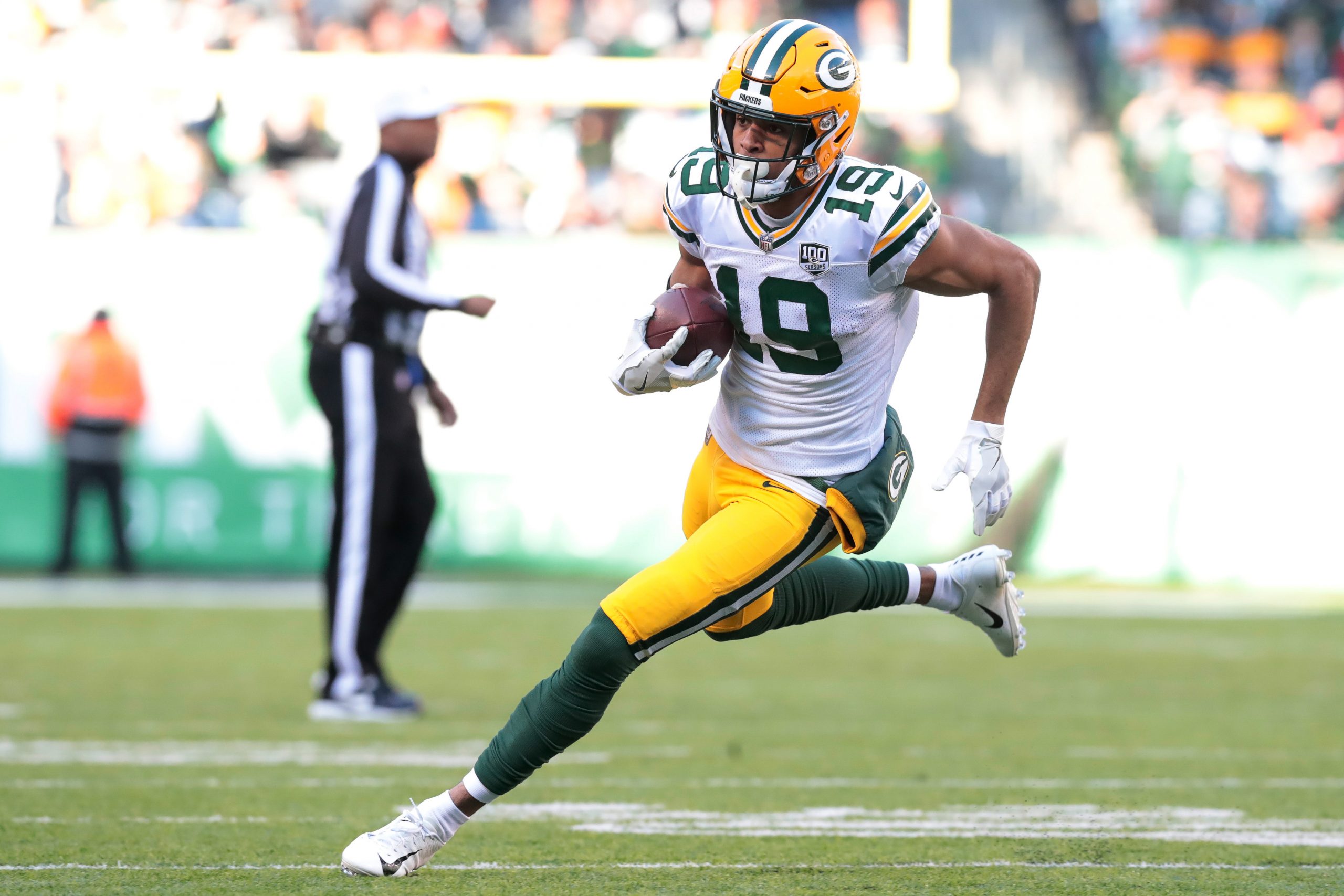 Equanimeous St. Brown was drafted in the sixth round by the Green Bay Packers in the 2018 draft. The 6’ 5” wideout from Notre Dame was a prolific receiver in college who could go up and snag any ball coming in his range. His sophomore year at Notre Dame saw him have 58 receptions, which led to 961 yards and nine touchdowns. That year, he led the Irish in yards and touchdowns as the leading wide receiver on the team.

His second year got off to a genuinely rough start. In the preseason, he suffered a horrific-looking injury, which was later diagnosed as a high ankle sprain. This injury was tough on the young receiver as it led him to miss the first four weeks of the season. Eventually, the Packers thought it was the right move to simply put him on the IR and move onto different options. Those options were indeed slim, and with the Packers only getting one more wide receiver this year, St. Brown will see a bigger role compared to his rookie year.

Although the Packers wide receiver depth chart this year can be argued upon, coach Lefleur will have his hands tied on which youngsters he should play. As we saw Allen Lazard take on a more prominent role in 2019, St. Brown is a similar threat. His size is something Aaron Rodgers likes and will, for sure, try to use this upcoming year. Lefleur was also clear on Marques Valdes Scantling, as he rarely played him throughout the year. St. Brown will likely not start many games in 2020, but the 23-year-old will have many chances to prove that he can be the number 3 or 4 for this team.

When it comes to dynasty startups, St. Brown could be a high-value late-round pick for any team needing more young assets on the bench. We see yearly in the NFL how guys who did not seem like true starters go on to become starters for their team because of the chemistry with the quarterback. Rodgers recently said, when talking about St. Brown, “I’m excited about getting EQ back from injury and seeing how he feels.” He also went on to say, “He made some great strides his rookie year, especially towards the end of the season, making plays for us and just growing each week. He’s got a great approach to the game. It’ll be fun to see him healthy”.

High praise from one of the greats is always good to have, and I would not be surprised if the comments become true, and St. Brown gets a much more significant role in the 2020 season and beyond.