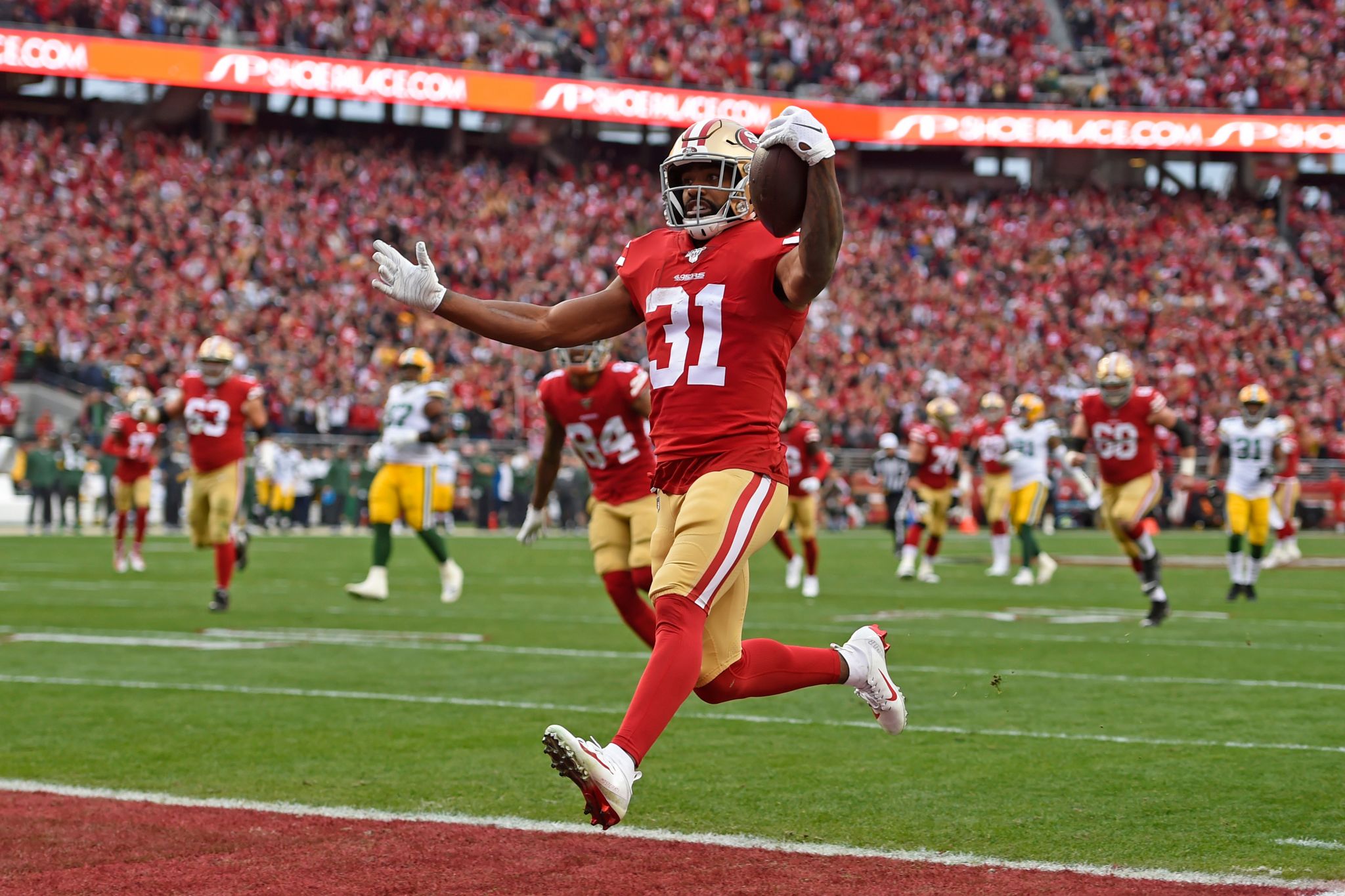 Heading into the 2019 season, the 49ers planned to have a true running back committee. Their offensive approach to run the ball down everyone’s throat. Mostert was a relative unknown, who locked himself into the third-string spot at the beginning of the year.

Mostert began to see more opportunities in the final few weeks of the year. There were only seven games all year where Mostert had more than ten carries. Even with such slim usage, he finished the year with 772 yards and 10 touchdowns. He also had only four games where he had more than 50% of the total offensive snaps, yet he put up a truly solid 5.64 y/a.

The playoffs are where the Mostert party really came to show. He had taken up the starting role and got a total of 53 carries in the three playoff games. In those three playoff games, he had a total of 336 yards and 5 touchdowns to go along with an excellent 6.34 Y/A. Mostert looked like a real star in the NFC Championship. He turned 29 carries into 220 yards with 4 touchdowns. A performance that many will remember.

After Mostert showed his value late in the 2019 season and playoffs, the 49ers decided to cut their committee. Matt Breida, who many saw as the true number one, was traded to Miami for draft picks. This leaves Tevin Coleman and Mostert, with Mostert, likely to get the most significant increase in usage.

The main downside to Mostert’s 2020 value is his age of 28. The main question is how many years of production Mostert has left. With their dominant offensive line, the 49ers will continue to pound the rock. At DynastyNerds, Mostert checks in as the 46th best RB in our dynasty rankings. I see his value to be more than that given his dominance when it mattered most. Many other fantasy sites rank him in the mid-30s and 40s as well. Although it is understandable because of his age, I think the 49ers are confident that they can make Mostert the primary back for a few more seasons to come.

If you have a draft coming up, Mostert can be a solid late-round find. His possible potential and production will give your team a boost for the next couple of years. Even if he is a flex option or a possible RB3, Mostert is a part of one of the best run attack teams, and the 49ers seem to have all confidence in him to continue his late 2019 streak. It was evident in the playoffs that Mostert was a solid RB. His 4.32 40 time saw him attack holes like few and his vision in the playoffs was so dominant that he looked like one of the games best. I think this is a scenario where we continue to see dominance even when we expect a regression.