With the season finally upon us it’s time for one last preseason checkup with the doc. @reflipewthenuz takes you back into the injury tent to check on all the dynasty relevant injuries from this past week and breaks down their relevance for your squads. 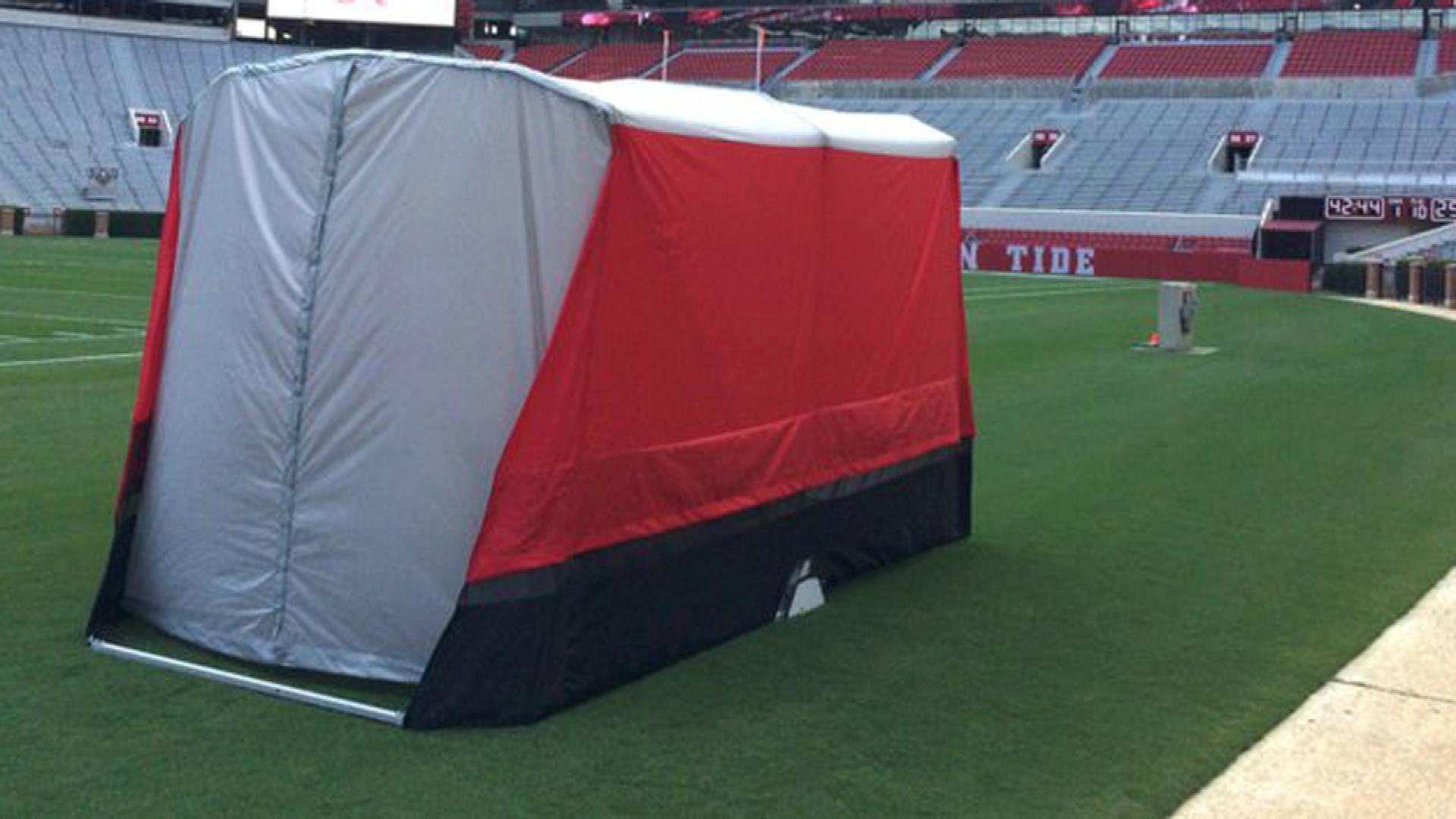 Each and every week players across the NFL suffer injuries. This weekly article will explore the injuries that affect your dynasty squads. We will briefly discuss both the injured players themselves and the players who stand to benefit or suffer as a result. To make them easier to follow we will break down the injuries by division. Much of this week’s news stems from previous injuries as many teams rested their starters heading into the first week of the regular season. Without further ado…

The Patriots placed 1st round pick N’Keal Harry on IR with an ankle injury. In addition, they also sent newly acquired Cameron Meredith to the reserve/PUP list to begin the season. This means that Meredith will be out for the first 6 games of the season. These moves will open up opportunities for Philip Dorsett, Jokobi Myers, and others to fill an ancillary roll on the team. With the return of Josh Gordon to the team, the Patriots are locked in with their top two targets between him and Edelman. Meredith holds very little value in dynasty at this point and can likely be dropped in most formats. As for Harry, hopefully, he will be IR designated to return allowing him to get in some game time on the back half of his rookie season. Rookie WRs rarely contribute early but this is somewhat worrisome on the heels of a slow preseason. Savvy owners should check in to see if his dynasty owners are beginning to panic and attempt to get Harry at a discount.

The Houston Texans placed TE Jordan Thomas on IR likely ending his sophomore season before it began. With fellow TE Kahale Warring also on IR, the stage is set for 2nd-year player Jordan Akins to assume the mantle of starting TE. Despite coming from the New England coaching tree Bill O’Brien’s system has not been friendly to the TE position. Either way, a starting TE is a starting TE. Especially in TE premium leagues it is not a bad idea to scoop up last year’s 3rd round pick on the off chance that this is the year that a TE finally develops in Houston.

Cincinnati RB Rodney Anderson tore his knee in the team’s final preseason contest. This is simply brutal for Anderson as it is the same knee he tore last year at Oklahoma. Sadly this injury will likely put his NFL future in doubt. The Bengals will move forward with Giovani Bernard and Trayveon Williams backing up bell-cow back Joe Mixon. Bernard is on the last year of his contract and Williams will likely be the true handcuff moving forward.

Bengals All-Pro WR AJ Green managed to avoid the PUP list to start the season. This news likely means that Green will be back on the field within the next month or so. Look for Tyler Boyd to soak up a huge early season target share. New coach Zac Taylor will also try to coax some value out of former 1st round picks John Ross & Tyler Eifert. Taylor will also likely attempt to find production among a host of other players until Green comes back to pair with Boyd. The Bengals are likely to endure a rough season as the team transitions to their first new coach in over a decade.

Bengals backup QB Jeff Driskel was placed on IR with a hamstring injury, ending his season. Driskel was being outplayed by rookie 4th round signal-caller Ryan Finley. With new coach Zac Taylor in town, it’s fair to wonder if he will want to see the first QB he drafted get some playing time if the team struggles. Dalton owners should look to handcuff him with Finley in superflex leagues. Cincinnati will likely dip into the QB pool of an upcoming draft but it is also a potential outcome that Finley could win the job and nip that idea in the bud.

Cleveland RB Kareem Hunt underwent sports hernia surgery. This should not affect his playing status going forward as he is sent to serve his suspension for off-field transgressions to begin the year anyway. Hunt is set to return to the team in week 10 leaving plenty of time for him to rehab following this procedure. Once he returns he will be one of the better backup RBs in the NFL to own. Until his return, look for Dontrell Hilliard, D’Ernest Johnson, and newly acquired Elijah McGuire to backup uber-talented Nick Chubb.

Baltimore RB Kenneth Dixon was placed on IR with a fractured knee. He appeared to injure the knee in the team’s preseason finale. Dixon’s departure clears things up in the Ravens backfield. Mark Ingram will likely be the workhorse back with talented rookie Justice Hill and 2nd-year bruiser Gus Edwards serving as complementary and backup roles. As the likely league leader in rushing attempts, the Ravens will offer plenty of value out of this backfield. As for Dixon, if he can manage to get an injury settlement and find his way to an RB needy team after he is cut, he could perhaps carve out a roll. However, it’s fair to wonder if the die has already been cast in Dixon’s career.

Denver rookie QB Drew Lock was placed on IR with a sprained thumb. This has all the hallmarks of a redshirt season for the former Missouri star. Lock will get a full season to acclimate to the NFL game and learn from the former Super Bowl MVP Joe Flacco. This move will also essentially guarantee Flacco plays out the entire season as the starter barring injury. Denver will now be forced to scour the cut market for a backup QB.

Denver RB Theo Riddick was placed on IR with a fractured shoulder. The recently signed former Detroit Lion seemed to be in the mix for passing down work in Denver. This injury assures that Riddick will at a minimum, miss the bulk of the fantasy season. If he ends up being the IR designated to return player, Denver could descend into an ugly committee. The new staff seems intent on splitting up the reps and the new RB coach was Riddick’s position coach in Detroit for the majority of his best years there. This injury locks Devontae Booker into a roster spot and should pare down the early reps to just between Phillip Lindsay and Royce Freeman.

Giants RB Rod Smith was placed on IR with a hip injury. This injury likely means that Wayne Gallman will again serve as the handcuff to do-it-all stud Saquon Barkley. Heaven forbid Barkley misses time, but if he were to miss games, Gallman would be in line for a significant amount of touches. Handcuffing is out of vogue these days but when it comes to a touch hog like Barkley it might not be the worst idea for his owners to have his backup.

The NFC south seems to have made it through the week with little relevant injury-related news.

Green Bay placed WR Equanimeous St. Brown on IR with an ankle injury. The crowded Packers receiving room seems to be taking shape. The ESB IR news locks in Geronimo Allison, Marques Valdez-Scantling and Jake Kumerow as the top options behind All-Pro Davante Adams. Kumerow is the player who will benefit the most from the absence of St. Brown. He has developed a nice bond with Aaron Rodgers and provides nice TD upside with his large frame.

San Francisco WR Trent Taylor will miss week one with his foot injury. He avoided IR and the PUP list so the injury is not likely to be a long term issue. Before going down Taylor had earned praise for his work in the slot. His absence should lock Dante Pettis, Marquise Goodwin, and Deebo Samuel in as the top 3 WRs by the Bay. His return could force an interesting split in reps as nobody knows just how Shanahan will distribute work among his young WR corps. Keep an eye on how things shake out in the 49ers lineup.

San Francisco RB Jerick McKinnon was placed on IR due to his continued knee complications. What a sad state of affairs for both McKinnon and San Francisco. The move seems like it will end his season and guarantee that he did not receive a single touch in either of his first two years with the 49ers. Luckily for San Francisco, they have one of the deepest RB rooms in the entire league. This move likely solidifies the pecking order with Coleman and Breida splitting starting reps with Raheem Mostert sprinkled in. This injury could spell the end of McKinnon’s dynasty relevance as San Francisco will likely look to move on from him next season since they owe him no more guaranteed money. Fire up Coleman and Breida as RB2’s with the ability for more. If one of these players manages to lock down an every-down role they could very well be a league winner.

Thank you for reading this article! Please be sure to join the #Nerdherd so you don’t miss out on any of the amazing things we have to offer @Dynastynerds.com Follow me @ReflipeWThenuz for more dynasty content and other musings.

Transactional Analysis: A Look at the Weekends Moves
Who is the Next Phillip Lindsay?