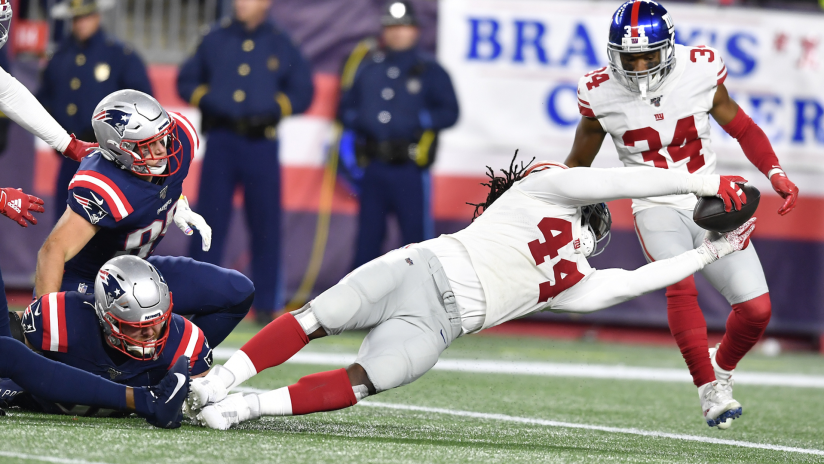 The void left by the release of DJ Swearinger S:

The safety spot next to Budda Baker seems to still be unsettled. In the first game without Swearinger, the snaps were split between Dionte Thompson (52%) and Jalen Thompson (48%). In deep leagues, the rookie, Dionte Thompson is worth a stash but I would not expect much production in the immediate future until one of the two can separate from the other for a larger share of snaps.

Murphy will be the beneficiary of a common IDP tradition, own the inexperienced CB opposite of a stud CB. This is the case when talking about Patrick Peterson returning from suspension in week 7. Teams will look to target Murphy more than Peterson as they feel like he is significantly the better matchup for opposing WRs. If you are in CB required leagues and he is available, he is someone I would immediately grab.

Well, everything seems to be back to where we were two weeks ago in Atlanta regarding their SS spot as Cyprien wound up on IR after only one appearance for the Falcons. Both Kazee and Ishmael will have increased workloads to compensate for the loss of Keanu Neal for the second straight season.

Hicks has been put on IR for the remainder of the season. This one is a huge hit to those in DT required leagues. A sound pivot might be to inquire about lesser hyped players such as Ogunjobi in CLE or Jarrett in ATL. The Bears currently do not have anyone of Hicks’ caliber to fill in, I would expect the injury hurts the CHI run defense significantly.

Mental illness is something that has come to the societal forefront in recent years which has allowed those in need to more freely seek help. Nothing has been confirmed regarding what exactly the “personal issues” that Smith was facing that forced him to miss time, but there have been suggestions of it by both his teammates and the media. This may be something that Roquan deals with for his entire career. If I can laterally pivot off of Roquan, as a risk avoidance move, I am doing so.

Lawrence has been one of the most frustrating IDP players in 2019. Owners came in with lofty expectations and he simply has not delivered. Since Lawrence got his huge contract extension, he has done his best Albert Haynesworth impression, meanwhile, Robert Quinn has looked like the player he was in 2012-2014. I don’t think owners will be able to trade Lawrence, and he is too valuable to simply cut. For the time being, he is firmly a hold.

Savage missed the week 6 matchup versus the Lions. His situation is one to monitor as the ankle injury could keep him out for some time. He didn’t participate in practice all week leading up to the Monday night game, I would monitor the injury reports for the week and not feel comfortable starting him until he is a full participant at practice.

The stud safety went down with an injury in week 6. The shoulder injury may be season-ending if it requires surgery. I would monitor this situation in the coming days. If Taylor Rapp is on waivers, he is a must-add.

Tae Davis was a healthy scratch in week 6. Mayo has been lights out this season and has arguably been the Giants’ best LB the past few weeks. The Giants may finally have found their answer at LB next to Ogletree. If available, Mayo is a must-add.

In an oddly surprising move, the Eagles released veteran LB Zach Brown. I am reading that Gerry will likely be the first to get a shot at the role. Gerry isn’t someone I am overly excited about for the long term but could help many IDP teams that are dealing with byes and injuries. Nigel Bradham is also dealing with an injury, so the Eagles defense doesn’t look as strong as it once did.

Reed is returning from suspension. If available, add immediately in DT required leagues. I mentioned this a few weeks back, hopefully, readers were able to acquire him at that point.

White returned in week 6, forcing Kevin Minter back to the bench for all but one defensive snap.