Robert Quinn returns from suspension and Anthony Barr from injury. @dynastradamus takes you through the other NFC IDP notables. 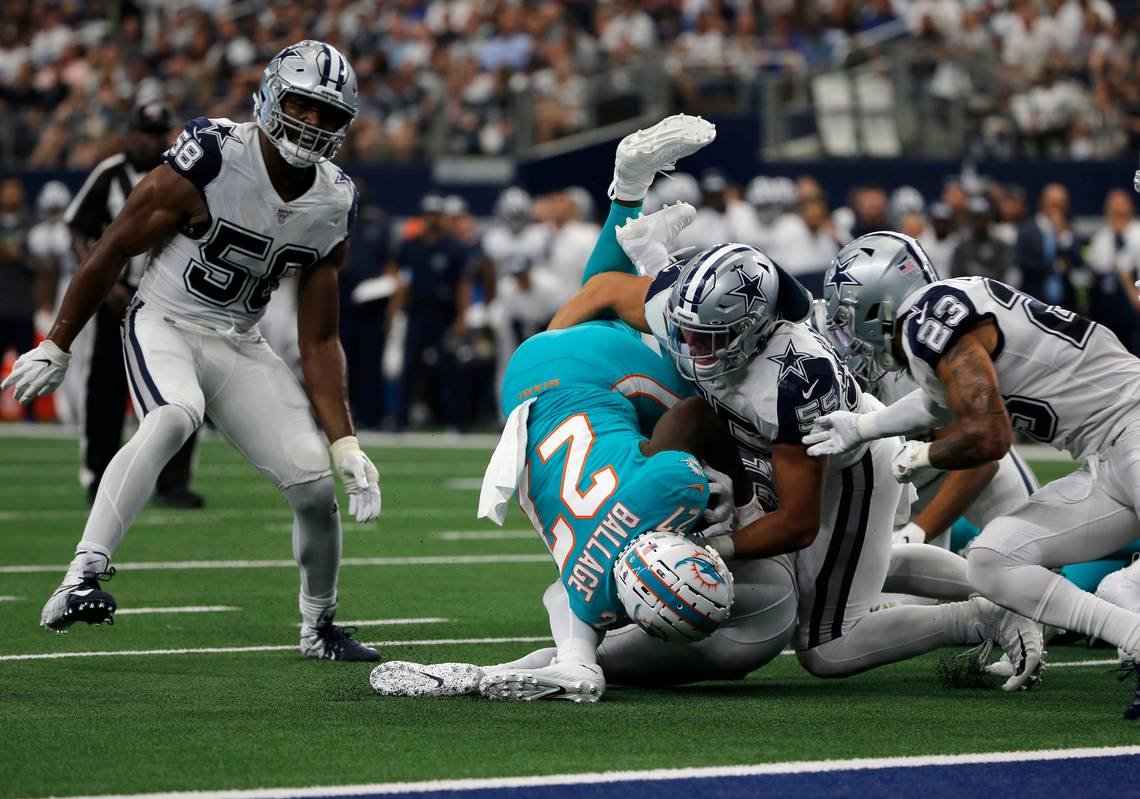 This marks the second week in a row that Reddick has played every snap for the Cardinals. Despite the teams’ defensive struggles, it seems that Reddick will continue to be an every-down linebacker.

Swearinger was released by the Cardinals this week, likely due to him being a huge liability in the passing game which lead to immense success by opposing TEs. Swearinger is nothing more than a box safety and hopefully gets on with a team that doesn’t use in much in coverage situations. Look for 5th round rookie out of Alabama, Deionte Thompson, to get the first shot at the SS starting gig. Thompson is worth a shot in deep leagues, as Lance Zierlein projected him as a 3rd round talent this past draft.

Neither Ishmael or Kazee are worth starting at this point as it seems that the two are in a timeshare and cannot be relied upon as steady fantasy producers. The Falcons also traded for veteran safety Johnathan Cyprien. There is a chance that Ishmael moves back to LB and Kazee and Cyprien split time at safety until one of them can separate from the other. Cyprien is a decent speculative add.

Addison has quietly been on a huge tear the past few games. Addison has 7 solo tackles and 5 sacks over the past two games. He is someone I am looking to start until the production tails off. If he manages to put up another big week against Jacksonville, I would look to package him for a younger talent like Brian Burns or Josh Allen (JAC) as Addison is now 32 years old.

Roquan was held out last week for personal reasons, he has since practiced in full and should make the trip to London to face the Raiders. Although this is still a situation to watch, many have picked up Nick Kwiatkoski (55%) as an insurance policy for if Smith was to not play again in week 5. Despite Kwiatkoski playing relatively limited snaps in Smith’s absence, he was able to post a great stat line in week 5 with 10 total tackles, a sack, and a forced fumble.

Demarcus Lawrence has not been living up to his ADP nor expectations thus far. The biggest surprise for the Cowboys team has been the resurgence of Robert Quinn. In his two games with the club, Quinn has posted 6 solo tackles, 3 sacks, and a pass defense. I would feel great starting Quinn as a DE2 going forward, hopefully, his performance has a positive effect on Lawrence’s production going forward.

Quandre Diggs went down with a hamstring injury in week 4 against KC and Wilson filled in very well. In Diggs’ absence, Wilson had 11 total tackles. With the Lions being on a bye in week 5 I would expect that Diggs heals up and returns in week 6 to face the Packers. This is a situation to monitor, if for some reason Diggs was unable to play in Green Bay I would have no problem streaming Wilson for the week.

Burks is yet to return and BJ Goodson played only 11% of snaps in week 4. Burks has been a limited participant in practice this week thus far. I would check if he was available on waivers as he could hold value going forward.

The Packers signed the formed Raven this week, he is a non-factor for IDP purposes as both Preston Smith and Za’Darius Smith are locked in as the Packers pass rushers.

Donald seems to be off to a slow start again this year. The absence of Suh seems to make it easier for teams to focus on stopping Donald. If I own him I am holding, as the only offers you are likely to get will be of the low-ball nature.

As predicted in last week’s article, as soon as Barr returned to action Eric Wilson would be a non-factor. If owned he is now droppable.

Ogletree missed week 4 due to injury and has already been ruled out for week 5, along with Tae Davis. The Giants LB core is in shambles as they also lost Ogletree’s replacement, Ryan Connelly, for the season to a knee injury. Potential fill-ins for the week 5 bout versus the Vikings are David Mayo and Josiah Tauaefa. If there was a gun to my head and I had to pick one of the two, my choice would be to start Mayo, but this is a situation that I am avoiding unless I am absolutely desperate. Note that Mayo had 8 combined tackles in week 4 on 69% of snaps.

Clowney is someone that I am looking to get on my roster in all my leagues, it is only a matter of time until his production takes off in the Seattle defense. The buy low window may be closing.

Holcomb has seen a decrease in usage during the past two weeks. Shaun Dion Hamilton (33%) was used but was ineffective in comparison to the Holcomb. The Redskins are a mess, not only on defense. I still prefer to own Holcomb to Shaun Dion Hamilton.