4 weeks left in the fantasy regular season and @Dynastradamus tells us whose snaps are rising and falling. 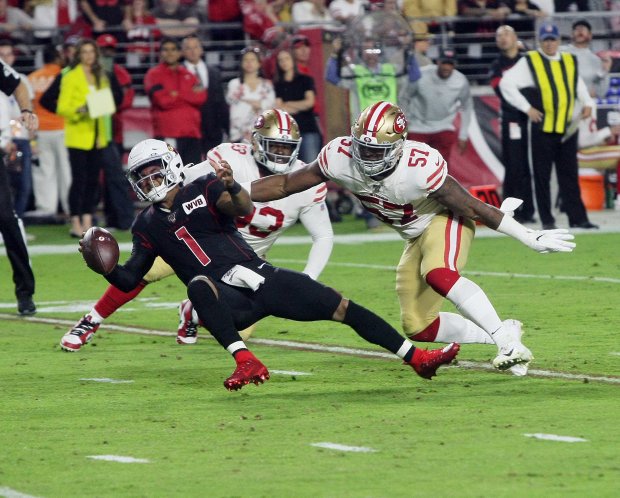 Walker took over for Haason Reddick as a starter in week 9, however Reddick (45%) was still involved. The Cardinals also released veteran Zach Brown which is indicative that they like how Walker fits in their defense.

Addison was inactive week 9 due to mourning the loss of his brother. Addison is yet to practice this week so it is unclear if he will play in week 10. Brian Burns looks to play more snaps if Addison is inactive once again. Monitor the pregame inactive list before considering starting Addison.

The newly acquired Bennett stepped in and played only 2 snaps less than Demarcus Lawrence in his debut. Dallas has managed to put together a decent pass rush despite the underperforming of Demarcus Lawrence this year. Dallas acquired Michael Bennett and Robert Quinn to compliment Lawrence, yet both are playing as well or better than him.

LVE sustained a neck stinger in week 8 and it has held him out ever since. This neck issue could be very problematic given Vander Esch’s history of neck injuries. I would not feel comfortable starting LVE until he receives, and handles, a full workload. I would roll with Sean Lee if void of other options.

Walker may miss another week due to his knee injury. I would monitor this situation closely but lean towards making other plans for week 10 at the safety position. Tavon Wilson is the best fantasy option at safety as far as Lions players are concerned, until Walker can return.

Mayo saw his role decreased in week 9 to the usage of recently acquired LB, Deone Bucannon. Bucannon was used primarily in pass coverage situations, as this is not the strongest part of Mayo’s game. Neither LB is worth starting at this point if the same split usage continues.

Avery is listed as a DE on Philadelphia’s depth chart despite playing LB for years in Cleveland. Avery only played 3 snaps but managed 2 total tackles and a half sack. Avery is worth an add and hold if available on waivers.

Kwon Alexander was put on IR due to a torn pectoral muscle, and it is reported that Greenlaw will inherit his role as the starting WLB for the 49ers. Greenlaw will have weekly LB streaming upside for teams with bye week or injury problems.

JPP returned to his role as the team’s top pass rusher in week 9. Feel free starting him every week.

Apke filled in for Nicholson for the second week in a row. With the Redskins on bye in week 10 it is unclear if Nicholson will return from injury and retake his starting role from Apke, despite Apke’s strong play. This is a situation to monitor.