When you play IDP, the NFL Draft offers twice the excitement. We now have the landing spots and fits for our predraft expected top prospects along with a couple surprises. @thesofasocut has you covered. 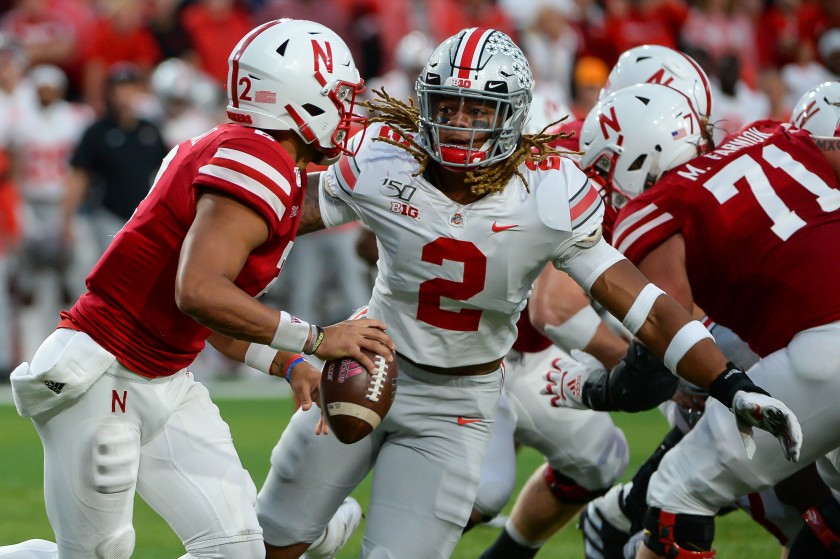 Dynasty Nerds continutes to get you the best IDP information when you need it most. Rookie drafts are already happening, this DL positional breakdown following the NFL draft can get you a leg up on your competition.

Exceptional top-end talent leads to premium draft capital and likely a lot of playing time. However, I don’t expect him to match rookie of the year production of his old teammate Nick Bosa, as Washington likely won’t be playing with the lead as much as SF did last year. Still, in a very shallow draft class at an IDP position with very little depth, Young should be the first IDP player off the board in most leagues, as he could be an absolute game wrecker and big-play machine regardless of the situation. At least if Washington is playing from behind, Young will play a ton of snaps.

We’ve seen elite DT’s in the past several years go to the NFL and not deliver to exceedingly lofty expectations heaved upon them. Much better value in DT specific leagues, Brown goes to an organization that was one of the worst against the run last year to stuff the middle of the line of scrimmage. With Carolina likely playing from behind, I think the possibility of DT1 numbers is there, but he’ll be behind most startable DEs in leagues that don’t have a DT specific spot.

San Francisco looks to Kinlaw to fill some of the lost production of Deforest Buckner along their defensive line rotation. Kinlaw is not Buckner, and there’s a lot of talent alongside him, but that means he won’t have to carry the load against double teams himself. He’s in a situation where he’ll be a more dynamic play DT than run-stuffer, slotting in between the positional values behind most DEs but likely with more splash plays than a lot of fellow DTs. This will lead to inconsistent fantasy production, but going to a franchise coming off a SuperBowl appearance is a good position to be in for Kinlaw. He will have a hard time escaping comparisons to Buckner; however, after being selected using the pick, SF got back from IND in that trade.

The Panthers doubled down on the defensive line pairing Gross-Matos with Derrick Brown to fortify their weak defensive line. It wouldn’t shock me for Gross-Matos to rank ahead of Brown in most IDP rankings just based on the positions they play on the NFL field. Gross-Matos slots into the second tier of pass rushers in this draft, with a few ways he wins but some holes in his game. He’s going to slot in opposite Brian Burns in the Panthers long term plans, in what is now a heavily invested defensive line. If Matt Rhule and Joe Brady get that team humming, this might be a young team set to take over in an aging division, where the average age of the QBs is nearly 40 years old. It might take a year or two, but this is a good upside swing in a class that is lacking depth.

Blacklock had some round 1 buzz late in the process, but with SF addressing the DL with its earlier pick and all the skill position players selected in the 20s and 30s of the draft, Blacklock fell to Houston, where they plug a hole in the middle. As a base 3-4 NT in this scheme, it will be hard to see Blacklock providing the necessary playmaking required to get the fantasy points you need at the position, but keep in on the radar if he flashes playmaking ability as a rookie.

We’re looking at another guy here that might only be considered in DT specific leagues after ATL invested their second-round pick in Davidson. He may slide in next to Grady Jarrett pretty early if he flashes, but he’s more of a guy you monitor on the waiver wire than invest an upside pick on.

This pick was a bit of a shock for the NFL Draft, he is more of a raw player with a lot of upside but is not coming in with a refined skillset – the perfect type of player Pete Carroll likes to invest in and mold to fit his scheme. This landing spot was perfect and launched Taylor into the second tier defensive line prospects as Seattle looks to move on from Jadaveon Clowney and improve a lacking pass rush. Even though they invested a first-round pick in LJ Collier a year ago, Seattle doesn’t find draft capital a reason to keep their best players from seeing the field, and if Taylor can learn quickly, he can be the type of edge player sorely needed in Seattle.

Epenesa was a popular player to mock in the mid-first round of the NFL draft. He’s a strong power guy and has the tools and traits to fit into the Bills defense well. Leslie Frazier likes these guys that can overpower their opponent, which is how Epenesa won at the college level. His lack of bend off the edge may be why he fell in the draft, but he fits what the Bills want. If he can supplant Trent Murphy on the left side, he could find success going one on one with a right tackle as Mario Addison and Ed Oliver occupy most of the attention along the line.

Detroit already had an Okwara playing Defensive End but selected Julian to push their current starter for playing time (previously UDFA and Julian’s brother, Romeo Okwara). Julian has the opportunity to outproduce everyone else on this list outside Chase Young. There are questions with all the players in the second tier, and Okwara has some athletic upside as a sack artist, though he is currently a liability in the run game. With an easy path to playing time, he’s worth taking a shot on with one of the last picks of your draft.

Day 2 had a lot of DT taken to fill in holes on NFL rosters, but Zuniga is the only other DE taken with premium draft capital and a top 100 pick. Better yet, the Jets sorely need a pass rush, especially after their third-round pick last year in Jachai Polite washed out immediately. He’s an edge player without a true fit at DE or OLB and might be seen as an LB this year in the Jets 3-4 Defense. But Adam Gase is not long for the job, and if he finds some success, a scheme change to a 4-3 could yield a better player fit and a boost to his IDP value. Keep an eye on him for roster add in a year or two.

Willekes is a player favorite of our IDP expert Jordan Rains, and he took a flyer on him in the last round of our DynastyNerds Superflex/IDP Mock. Minnesota now has a hole after not finding money to pay Everson Griffen. Willekes was the 2018 Big 10 Defensive Lineman of the Year and a productive college player – but just never had the athleticism to be a highly recruited player. Still, he landed in a situation that tends to have a lot of fantasy value and is a name to watch early in the year to see if he starts to grab some playing time.

The Patriots Tight End Revolution
My Draft, My Story and the Quest for the Golden Ticket