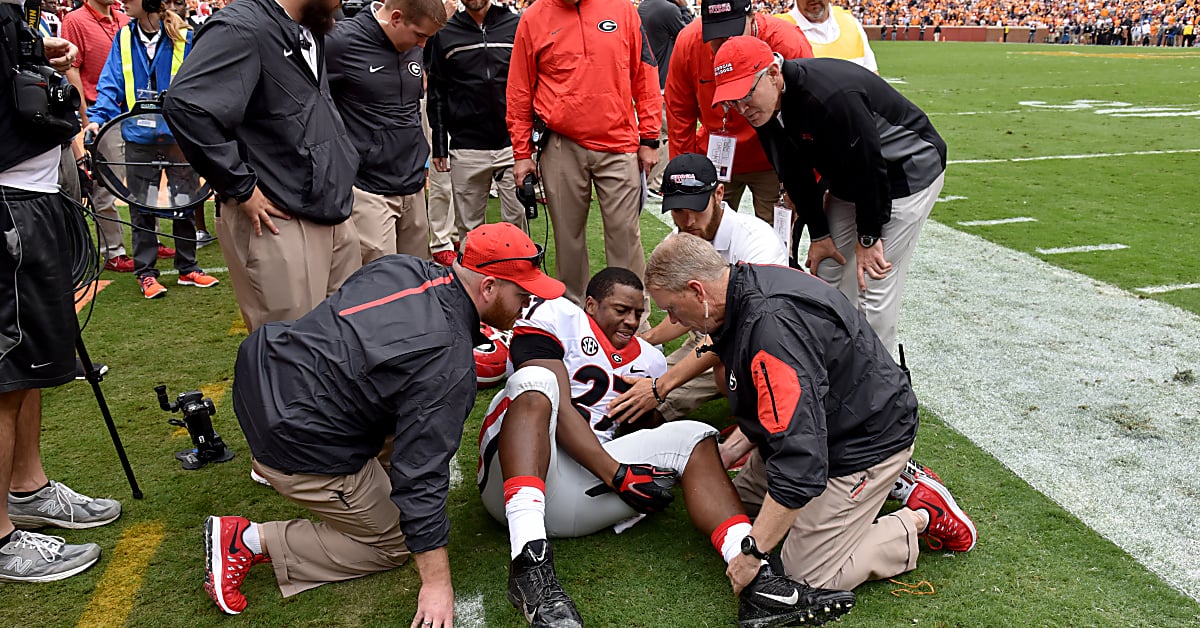 Nick Chubb was a freshman phenom at Georgia and quickly became a name to know in the dynasty world. His name quickly shot up draft boards and was viewed by some as a future 1.01 rookie pick.

However, Chubb injured his left knee on October 10, 2015, against Tennessee. His injury was described as “grotesque” and can be seen on YouTube. Unless you’ve got a strong stomach, I wouldn’t recommend watching it. His knee is hyperextended and bent awkwardly, forcing his knee to collapse. Fortunately for Chubb, he avoided damage to his ACL but did suffer complete tears of his MCL, PCL, and LCL, and he also suffered damage to the cartilage in his knee joint. It’s no wonder why Chubb collapsed on his way to the cart, as his knee was held together by his lone intact ligament, the ACL. He was one torn ligament away from a dislocated knee and was fortunate to avoid nerve or artery damage.

A few days later, Chubb underwent surgery to repair the ligaments in his knee, and he missed the remainder of the 2015 season. After his surgery, Chubb faced a long road to recovery, and many questioned his NFL future, which was once so bright. After an off-season of rehab, Chubb remarkably returned for the start of the 2016 season.

To see how he returned from this difficult injury, let’s take a look at Chubb’s stats before and after the injury in order to compare if there was a decrease in performance.

As you can see, Chubb’s total yards, YPC, and TD totals went down in his first season after his injury compared to his freshman season. While this may be concerning at first glance, it’s worth remembering that Chubb sprained his ankle midway through the 2016 season, and for the remainder of the season, he split time with teammate, Sony Michel.

In 2017, Chubb returned to form, averaging a full additional YPC, totaling an additional 200 yards, and scoring 7 more TDs on the ground.

These statistics show me that Chubb is back and at full capacity. Yes, he suffered a multi-ligament knee injury, which is always a concern, but his ACL was spared, which improves his long-term prognosis. Given cartilage damage, I do still have concerns about the longevity of his NFL career. In order to prolong his career, an NFL team would be smart to employ Chubb in a committee backfield where he shares touches. If used in this manner, there’s no reason not to expect Chubb to be successful in the NFL for a minimum of 3-5 years.