On the Border: Matchup Plays for Week 14

Week one of the playoffs has arrived. @joel_smyth brings you the matchups to play so you can get paid. 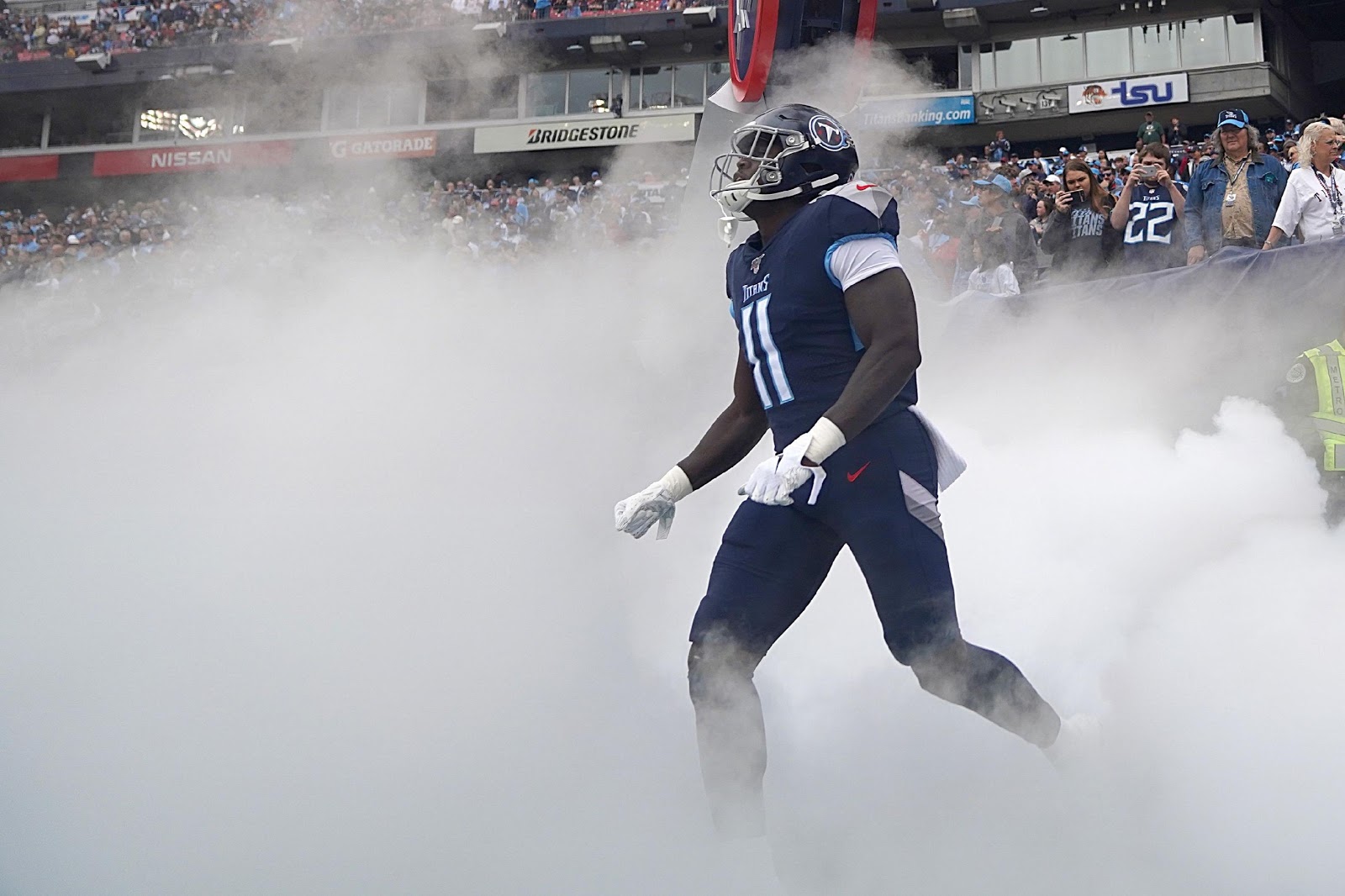 I am all in this week on Ryan Tannehill. Oakland’s defense has hit a season-low and has no signs of breaking the fall. Tannehill, on the other hand, has been a great fantasy quarterback this season averaging nearly 19 per game and surprisingly consistent. The Titans are projected to score 24 points as a team this week, which in my opinion is still too low as Oakland has allowed 24+ points in 6 of their last 7, only being able to stop the Ryan Findley Bengals.

Wentz finally broke through last week against the atrocious Dolphins pass defense, but what was just as important was getting the Eagles’ offensive talent back on the field. Now that Alshon Jeffery and Co. are back healthy, expect another efficient week, at home, against a Giants defense who has only stopped two offenses all season, Trubiski’s Bears and the Washington Redskins.

Freeman has not performed as fantasy owners hoped for at the start of the season. However, coming off of his injury last week, Freeman saw his second-most carries on the season with 17 along with 4 receptions. With no Ito Smith and Brian Hill wasting away his past opportunities, Freeman should get all the work again against the worst rushing defense in the NFL. The Panthers have allowed 19 rushing touchdowns (!!!) which are by far the worst in the league (Packers 31st with 13 allowed) I would not be surprised to see this become Freeman’s best game of the season.

Kansas City is 32nd in running back points allowed where they have been hurt weekly by receiving backs just like James White who could be the best in the business. The Chiefs have given up the most receiving yards to running backs this season with over five catches per game out of the backfield on average. James White was fed last week with 14 carries on top of all of his usual receiving work. White will be a worthy starter if he continues to eat into Sony Michel’s work and maintain his receiving efforts as the Patriots tend to keep the ball on the ground more and more as the NFL playoffs approach.

The Dolphins cornerbacks on the opposing side of Crowder and Anderson are both giving up over half a fantasy point per route run this season. They are the only two in the NFL to be doing so and they play on the same team. Darnold has been feeding Crowder the ball and taking shots consistently with Robby Anderson. Although Crowder and Sam Darnold disappointed last week against Cincinnati, both wide receivers had 9+ targets and should see plenty more this week and produce against the Dolphins in New York.

AJ Brown is not the safest play of the week. However, if there is a time to play AJ Brown, the time is now. Brown has multiple games where he only is targeted 3 to 4 times, but the rookie is full of explosive talent and continues to make big plays constantly. On the other hand, the Raiders rank 32nd in allowing explosive passing plays down the field. Nobody can stop AJ Brown on this team and if taking the risk on a fill-in play excites you, this one could win you a playoff game. Remember, “scared money don’t make money.”

Yes, Vance McDonald has not been good. But neither has TJ Hockenson, Greg Olsen, Tyler Higbee, and OJ Howard who are all average tight ends with their best games of the year coming against this Cardinals defense. He plays the Arizona Cardinals. He plays Tight End. That’s all you need to know.