One to Watch: Hakeem Butler

Will Hakeem Butler be able to make the swich to tight end? Will you have the patience to wait it out? @FFEvanlutionFF reviews the prospect. 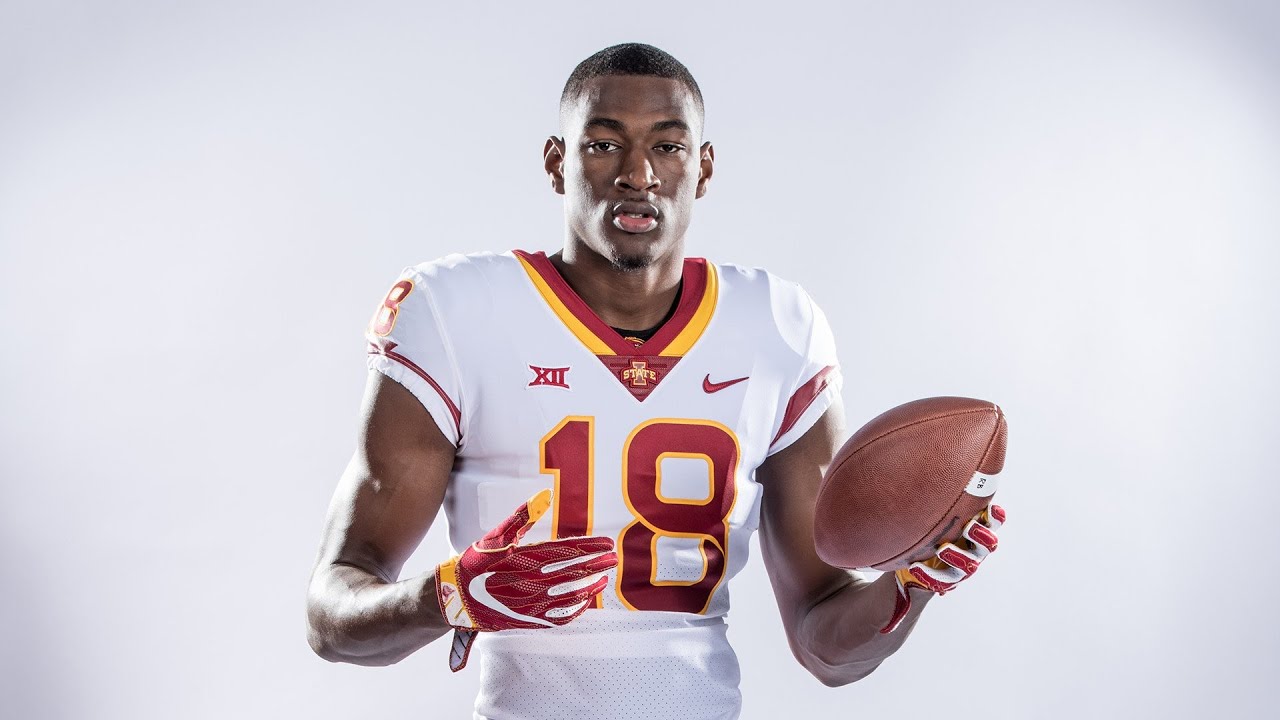 As you probably know, Hakeem Butler was a 2019 4th round pick by the Arizona Cardinals. A promising WR out of Iowa State, he generated a fair amount of pre-season buzz. Unfortunately, he missed his entire rookie year with a broken hand. After the off-season addition of DeAndre Hopkins, the writing was on the wall for Butler. Before the season, he was released by the Cardinals and eventually found a home on the Carolina Panthers practice squad.

A sad ending to a promising story….but wait, there’s more!

A truly awe-inspiring list of injuries on the offense has culminated in the Philadelphia Eagles signing Butler off the Panther’s practice squad and apparently transitioning him to play Tight End!!! Times are so tough there have even been rumors of Butler being thrown in the mix as early as this weekend as a make-shift replacement for Dallas Goedert, who is now out of commission for several weeks with an ankle issue. Does this mean anything? Should we be excited about the prospect of Butler in Philly?

Let’s have a quick look.

Since Butler hasn’t played in the NFL, the main things we can go off are his athletic profile and college production. As you can see from the picture above, he is very fast, has a great catch radius and good burst. He was considered by some to be a potential 1st round talent before the 2019 draft. He is 6’5″ and can run a 4.4…and let’s be honest, athletes like that are few and far between. He really only “broke out” his final year in college at Iowa State where he amassed over 1,300 receiving yards and 9 TDs with a 27% target share for his team. His catch radius and speed are comparable to fellow converted TE Darren Waller, and that prospect certainly is enough to grab your attention. Definitely an intriguing prospect from an athletic perspective.

If you wanted to take a punt on Butler, the great news is that it’s not going to cost you much! I picked him up in multiple leagues this week off the waiver wire. If you play in any TE premium or start-two TE league, why not take a shot if you can get him off the waivers? If someone else in your league already has him on the roster, you could probably trade for him for the cost of a 2021 4th, which again is a complete dart throw, so depending on your roster and season expectations could be worth the gamble.

The Eagles are an absolute mess this year. Their injury reports are like a scene from the Red Wedding, an absolute blood bath. Now, couple that with the fact that Carson Wentz loves his Tight Ends. Dallas Goedert going down to injury and the overall dearth of talent on the roster at the moment means that Hakeem could very easily see a decent opportunity over the next couple of weeks. In fantasy football, sometimes the best ability is availability, and Hakeem certainly offers that. A transition like this from one position to another normally takes time, so I’m not going to start calling for Butler to be a TE1 or anything crazy like that.

It could be nothing;

it could be a complete disaster;

it is certainly FAR from a sure thing.

However, this season, with all the injuries and with the nature of the waiver wire in a dynasty league, I think a little flier on Hakeem is certainly intriguing. He has the athletic profile and college production to make it certainly within the realm of possibility that he could be fantasy relevant given Philly’s current situation.

Also, just image the victory lap you will enjoy if by some crazy twist of 2020 fate he does end up being relevant and you snagged him for nothing off the waiver wire! #ButlerSzn!

He may just be one to monitor for now, but it will never be cheaper if you do want to take the plunge. If he is free, snag him for a few faab. If someone roster’s him and you can throw a 4th or get him as an add-in for a bigger deal, go for it. This week, if he has even a half-way decent game, the price will go up, or you will have to splash more faab to try and get him on the team. Remember, people probably spent a low 1st or early 2nd on him last year, so any sign of life and they will want to believe again!

Hit me up on Twitter if you want to chat about anything I covered in this article or want to talk general dynasty goodness over @FFEvanlution!