Other Names in the Los Angeles Chargers WR Corps

Justin Herbert is on the rise and Keenan Allen is locked in at No. 1, but who else will return value among the Chargers’ receivers? 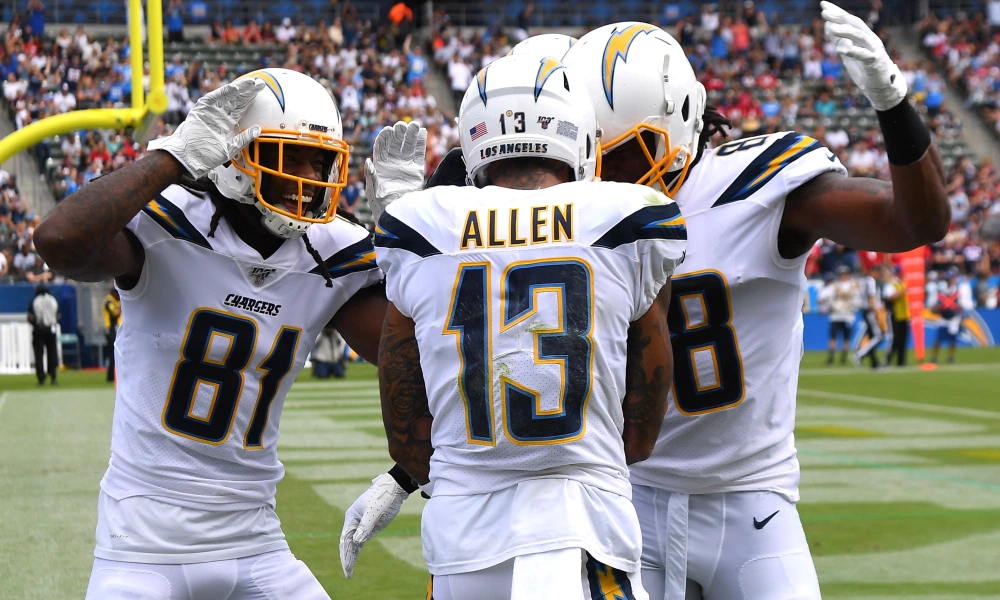 In 2020, the Los Angeles Chargers found their franchise quarterback. After moving on from veteran QB Phillip Rivers, who landed with the Indianapolis Colts, the Chargers snagged Oregon QB, Justin Herbert. While Tyrod Taylor started the season, Herbert was inserted in Week two only to never looked back.

Herbert went to throw for 4,336 yards and 31 TDs against only 10 INTs. It was good enough to make him the standout rookie and make Chargers fans excited about the future.

The team locked up his top target, wide receiver Keenan Allen, to a four-year extension, while tight end Hunter Henry departed in the offseason. Henry signed with the New England Patriots. That departure opens the door for several different contributors to take a step; one is running back Austin Ekeler.

However, outside of Allen and Ekeler, there are still questions about who will fill the void. Here are a few names that could step up to the plate and knock it out of the park in the Chargers WR room.

There might not be a team in the NFL that has a thinner receiving corps than the Chargers. Allen is the clear number one, but Mike Williams is the second-most appealing option in the WR room.

Williams was a first-round pick for the Chargers in the 2017 NFL Draft. Recently, the team picked up his fifth-year option for 2021. That comes despite him not living up to his expectations.

Williams also struggled to stay on the field throughout his NFL career. He’s logged just 32 games in four seasons. However, when Williams is on the field, he’s a weapon. The Chargers will need everything they have for the offense to soar in 2021 with Herbert.

Last year the most critical question about the Charger’s skill positions was about who would fill in behind Allen and Williams at wide receiver. Jaylen Guyton, for the most part, answered the call.

An undrafted free agent, Guyton took a step forward in 2020, his second year in the NFL. He played in all 16 games, starting nine, and received 55 targets. Guyton turned those into 28 receptions for 511 yards and three TDs. He showed some excellent downfield ability at times, averaging 18.3 yards per reception with a long of 72 yards in the 2020 season.

The question is, what can he do for an encore and even surpass Williams on the depth chart?

The only notable addition to the receiving corps this off-season was third-round pick Josh Palmer, out of Tennessee. The Chargers seemed like a strong place for a wide receiver to land with Herbert ascending. So, naturally, any receiver taken by the Chargers figured to draw interest.

Palmer’s that guy. He played all four seasons at Tennessee, catching 99 passes for 1,514 yards and seven TDs. Now the 6’1″, 210-pound wide receiver will have a chance to step into a meaningful role with the Chargers.

The Chargers’ receiving corps also includes a couple of picks from the 2020 draft in Joe Reed and K.J. Hill. Reed, a fifth-round selection, saw just one target in 2020, while Hill, a seventh-round pick, saw 11 targets, catching seven for 73 yards.

The team also has former XFL WR Austin Proehl and second-year WR Tyron Johnson, an undrafted free agent who saw 26 targets, catching 20 for 398 yards and three TDs in 2020. Any of them could potentially make an impact. Herbert showed an ability to get the ball to anyone on the field as a rookie.

However, Williams, Guyton, and Palmer are the leading contenders. Williams was a promising selection out of Clemson, but it hasn’t quite materialized. It’s a make-or-break year for him with the Chargers, and it’s now a question of whether he can break out. Williams has had some nice seasons, including topping 1,000 receiving yards in 2019. However, he needs a more consistent showing. His value’s at a low spot where I’m snagging him. That’s because of the opportunity and potential in this offense.

The same goes for Palmer. It wasn’t the pick I expected, but at WR84 currently, it’s worth a swing, especially given what we saw of Herbert last year and the current shortage of options for the Chargers. The Chargers invested a third-round pick in him for a reason, and picking him up in the third or fourth round of rookie drafts seems like a wise investment.

As for Guyton, he’s third in line for the role. The team has no capital invested in him. Compare that to Palmer and Williams. Those two will get the first crack at it; thus, I expect one of them to emerge before Guyton gets his chance.

Matthew Fox is a member of the FSWA. You can find more from him on Twitter @knighthawk7734 or as co-host of the Fantasy Football Roundtable Podcast.