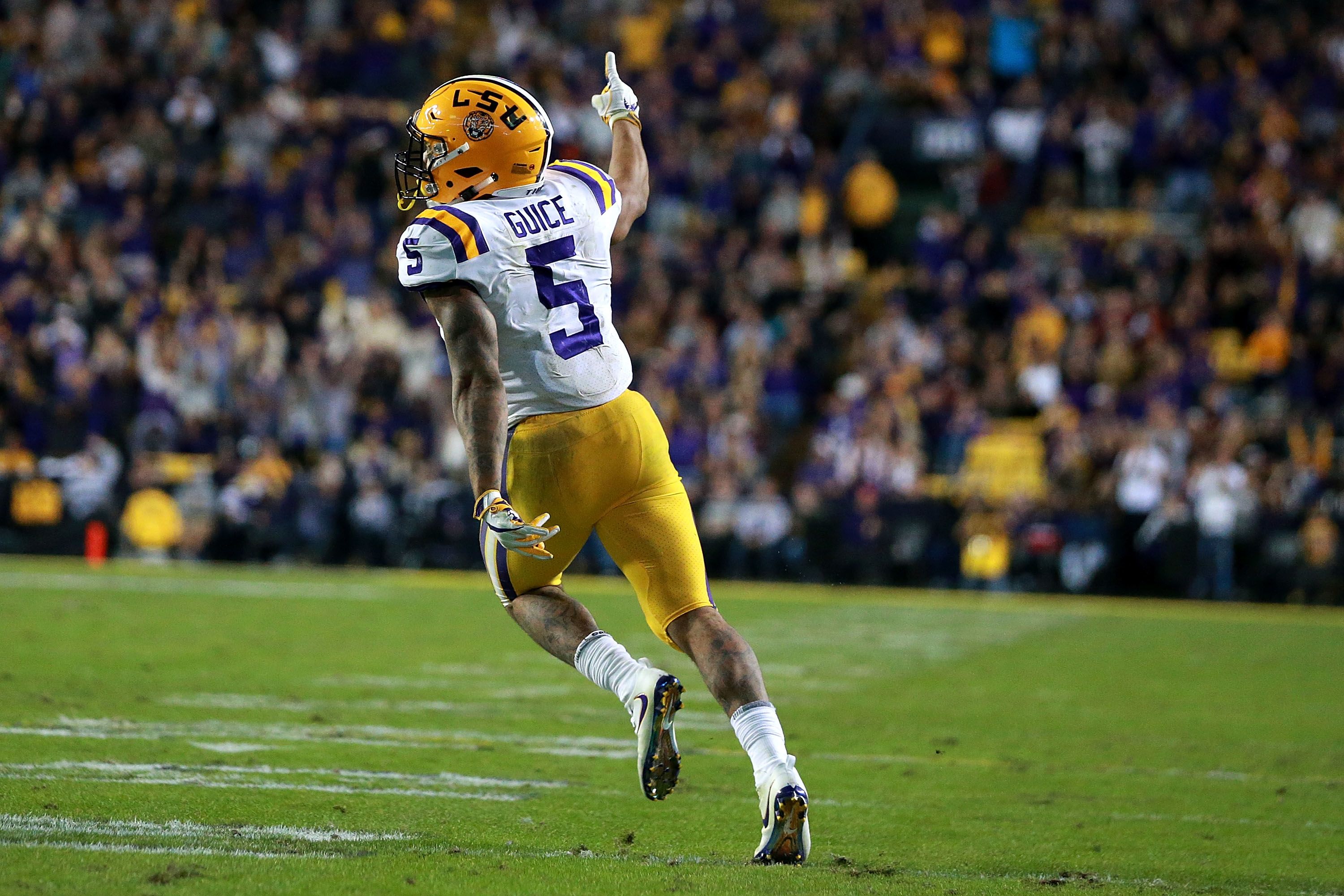 Now that the NFL draft has taken place, we can more credibly rely on ADP and expert rankings to determine who is being overvalued and undervalued in fantasy drafts. Most rookie drafts go at least 3 rounds, and most fourth and fifth picks are complete dart throws, so I wanted to evaluate some of the buzz about where players are going today, and what players I would avoid. My loves tend to be guys who can be found at the end of the round, while my overhyped guys are being found in the top half of the round

Calvin Ridley is coming off one of the worst SPARQ Ratings ever, putting him in the 7th percentile of NFL athletes. He also is slight of frame and already 23. That is why he is going to be available in the second half of the first round of your rookie draft. But I think his best comparison is Amari Cooper, his predecessor at Alabama. Both are 6’1 and run a 4.42. Both are route running technicians who have a bit of trouble with the contested catch, but overall create great separation with their speed and precision (this isn’t a tape observation, Ridley’s college separation metrics are insane.) Matt Ryan threw for 4500 yards in 5 of the past six seasons and no one has produced more WR1 seasons since he has been in the league. There will be plenty of balls to catch behind Julio and Ridley is pro ready. If anything, Julio commanding double teams should alleviate some of the concerns you would have with Ridley’s game, creating separation from elite corners. I think Ridley will be this year’s Juju Smith-Schuster, who also had an above average quarterback and a stud wideout commanding double coverage. I don’t think he has a top 5 WR ceiling but I do think he has low-end WR1 upside and will be a lock to be at least a WR3 in his career. He is my favorite receiver in this year’s class. The floor is just so high even with his athleticism concerns.

Hate is probably a strong word when it comes to Derrius Guice, and I really do love his talent. I just don’t love his landing spot and I think there are concerns for him being the number two pick in rookie drafts. First of all, he is on the same team as one of the best most exciting pass-catching backs in the league. Chris Thompson took more than 40% of the snaps in every game he played in last year and was on pace for 1444 yards from scrimmage and 10 TDs. He will take a considerable chunk of Guice’s work (5-7 carries) and almost all of the passing down work. The Redskins have ranked 24th and 27th in rushing attempts (25 per game) the past two years and although part of that was probably because they didn’t have great running backs like Guice, the Redskins have only been in the top 20 in rushing attempts once since Jay Gruden became the coach. Because of this, I have a hard time imagining a path where Guice gets the carry load he would need to justify the fact that he won’t add much in the passing game.  He’s still a no doubt about it top 5 pick for me in standard and PPR formats but I hesitate to take him over some other backs in the class. Sony Michel is more talented in a better offense and Rashad Penny has more guaranteed volume in my opinion.

Ballage is a very interesting prospect, league winning upside or a waste of a pick depending on who you ask. He is gigantic at 6’3 and 228 pounds, and also runs a 4.46 and a speed score in the 96th percentile, bringing his overall SPARQ score to the 85th percentile, despite his underwhelming strength score. Strength can be fixed. Usually, when you get a back of his size, their biggest issue is that they can’t catch. Ballage might be the best pass-catching back in the draft outside of Saquon Barkley. His issues are more on the inside but he scored a touchdown every 16 carries in college, which is a strong rate. I think worst case, Ballage is a pass-catching back who gets goal-line work over Kenyan Drake, who lacks the sheer size that Ballage does. Best case is he takes over the backfield and you have a size-speed freak workhorse back. There aren’t many running backs who offer his upside relative to their draft position.

Josh Rosen is currently ranked the number two rookie QB behind Baker Mayfield and I just don’t understand why. He only completed 60.9% of his career passes in colleges in the PAC12 and played only two defenses in the top 50 his senior year. Two drastically different results, Stanford (ranked 35th in total defense) he threw for 480 yards 3tds and 2ints is a slugfest UCLA lost by 24, with a lot of garbage time. Against Washington (Ranked 5th) he threw for 93 yards and 1 touchdown on 57% passing. I don’t think Rosen’s college numbers were good enough to justify him being taken in the second round given his athletic profile. Rosen is one of the slowest quarterbacks in the class and has been categorized with mediocre arm strength. He will have to be a Peyton Manning-esque defense reader to be an elite quarterback to make up for his athletic deficiencies. He is in a run-first offense that doesn’t have established receiving threats outside of Larry Fitzgerald who should be retired by the time Rosen is any good. He is more of a third-round pick for me, there is a reason he went last of the four Quarterbacks taken in the top 15 in the NFL draft.

It seems John Kelly has been banished to fantasy purgatory, being the backup to one of the few true workhorses in the NFL, Todd Gurley. But an important stat for me is that an estimated 60% of 3rd round rookie picks bust, never making it in the top 36 at their position. A lot of times you are drafting a high upside guy who has undefined roles with their team. John Kelly is the antithesis of that. John Kelly has a defined role in the high-powered Rams offense as the primary backup. He is the handcuff to Todd Gurley, and capable of a three-down workload in stretches. Don’t worry about Malcolm Brown, he is not an NFL caliber running back. Unlike most third-round rookie picks, John Kelly is someone who will have value next year guaranteed even if it is only to the Todd Gurley owner in your league. More importantly, he will give you RB2 numbers should Gurley have to miss a few games here and there. He is the rare safe third round pick.

I don’t get the hype of Callaway, he’s deemed this otherworldly athlete but only placed in the 43rd percentile of SPARQ Athletes. He’s a great athlete, and SPARQ doesn’t capture everything, but I think the hype has gotten to the point where he is considered otherworldly, and he isn’t. He didn’t produce in college, having 7 career touchdowns and never breaking 800 yards in a season. Maybe he would have proved it his junior year if he wasn’t dismissed from the team, but that coupled with his positive drug test at the combine really shows his immaturity and inability to avoid bad situations. The chances of him getting his act together to be a good NFL receiver is a long ways away, even if you believe he is an elite athlete. Now let’s head to the Cleveland situation where things get worse. A team that has averaged 3600 yards passing the past two season, just brought in a quarterback who has never thrown for 3100 yards in his career. He needs to beat out a former first-round pick in order to be third or more likely fourth option on an offense that probably won’t throw for 3500 yards this year. Baker Mayfield may provide stability down the line, and this is a lazy stereotype, but I am not investing in the Browns until I actually see them produce. I get the third round is a lottery ticket round, but I feel like Callaway is getting second-round buzz and I wouldn’t take him in the third at all.