Patience Is A Virtue: Rookies You Will Have To Wait On For Production 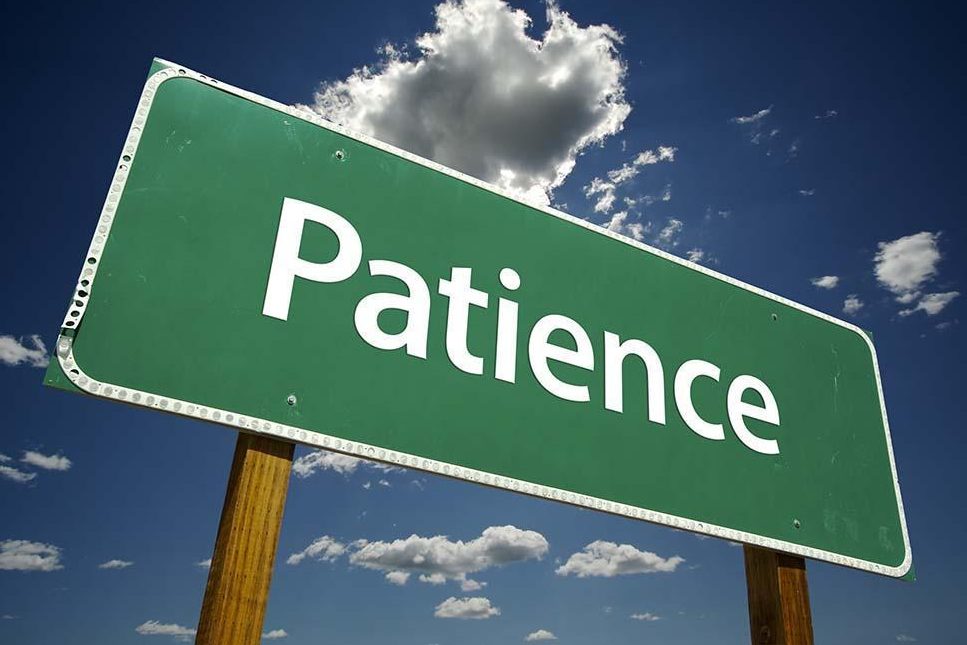 Rookie drafts are one of the best parts of dynasty fantasy football. These yearly infusions of young talent into our leagues fill owners with hope for one thing, points. This is not very surprising since points are the name of the game in fantasy football. However, this is dynasty, the best play in the short term may not be the best play over the long haul. Oftentimes superior players are drafted to inferior situations where they are blocked by established veterans or some other obstacle to their immediate production. This has surely been the case with players like James Washington and Chris Godwin. These players were drafted to teams where they did not see an immediate large share of the touches on their teams. Fast forward a couple of seasons and now they are two of the hotter names on the dynasty market. Many owners are simply not patient enough to draft a player with no immediate expectation of playing time and more importantly fantasy points. This hesitation on the part of some owners leads to a very nice discount for owners who are willing to wait it out and play the long game in order to reap the rewards of a superior player in a short term inferior situation. For this article, I will focus on one rookie from each position that I feel meets these criteria.

Despite being drafted in the top 10 of the actual NFL draft many in the dynasty community are overlooking Daniel Jones. Whether it is because of the communities disdain for Giants GM Dave Gettleman, the uncertainty over the organizations dogged commitment to Eli Manning, or some other factor Daniel Jones is coming at an extreme discount. I recently completed a Super-Flex startup draft with some really respected colleagues and I was able to snag the former Duke signal caller in the 11th round, three full rounds after fellow rookie QBs Dwayne Haskins and Drew Lock. Jones is simply freefalling in dynasty drafts. While it can be said that Jones did not put up the gaudy numbers some of his fellow rookies did, much of that comes from the lack of talent around him at Duke University. You can see from his metrics profile below that Jones possesses some very nice skills for the positon.

You can see from his chart that Jones is an above average athlete. Jones has also been the beneficiary of being coached by the same college coach who helped develop both of the Manning brothers. The biggest problem with drafting Daniel Jones for our dynasty teams is the fact that he will be forced to wait behind team legend Eli Manning. While I am not an Eli supporter it is clear that upper management within the Giants organization is not ready to move on from their former Super Bowl MVP. Jones will need to bide his time and learn from Manning before his eventual insertion into the starting lineup. His number 6 overall selection in the 2019 NFL draft guarantees that he will eventually be given a chance to take the reins of the New York Football Giants. Daniel Jones is quite possibly the best value in rookie Super-Flex drafts this season. I will leave you with some of the spectacular highlights that made Jones the top 10 selection he was.

Leading up to the NFL combine Devin Singletary was the darling of many dynasty experts. Following a subpar showing at the Underwear Olympics a drastic overcorrection occurred among much of the dynasty community. Singletary was drafted to one of the more murky RB situations in the NFL. The Buffalo Bills currently have a multitude of players at the position on their roster. McCoy and Gore currently sit as the grizzled vets on the squad. Singletary falls in with fellow newcomer TJ Yeldon as the young bucks in town. For the short term it is anybody’s guess how the playing time pans out. However, Devin Singletary has the talent and draft capital to be the long term starter in Buffalo after the dust clears. You can see from his athletic profile below that Singletary is more of a grinder than a burner.

What Singletary lacks in raw athletic ability he makes up for in vision and heart. You will see in his highlights below that Singletary routinely makes the first man miss and also has near elite balance when toting the rock. I am not as high as some on the former Florida Atlantic RB but his former coach Lane Kiffin compared him to former Heisman Trophy Winning RB Reggie Bush even going as far as giving him the nickname ‘Baby Bush’. That is obviously a bit of hyperbole as Bush was a far superior athlete but the praise is noteworthy nonetheless. I personally feel that Singletary will begin the season in a complimentary role and depending on how the season goes he will get more and more work as the season progresses. Check out his highlight real below and you make the call.

Coming out of the University of Georgia many in the dynasty community were not sure what to make of Riley Ridley. Over the course of his career between the hedges Ridley served as one of the top WRs in the program. During his final season he led the team in both targets and yards. The problem was that those totals were not what we would typically expect from a true number one alpha WR at a major SEC school with only 43/559/9 to his name. The brother of Atlanta Falcons WR Calvin Ridley was drafted in the 4th round by the Chicago Bears after deciding to forego his senior season at Georgia and entering the NFL draft early. At the combine Ridley put up respectable numbers which you can see below.

Surprisingly enough the Chicago Bears are actually quite deep at the WR position going into the 2019 season. Last year Chicago sought to place weapons around their young signal caller Mitchell Trubisky and brought in an entirely new corps of players with free agent acquisitions Allen Robinson and Taylor Gabriel. They also traded back into the 2nd round of the 2018 NFL draft to select former Memphis WR Anthony Miller. All three players will be entering their second season with both the QB and head coach making for a difficult early road to playing time for the young Riley Ridley. Despite the possible long road ahead, if you are not averse to waiting on your players to develop, Ridley could offer substantial dividends down the road. Miller will likely be a fixture on the team for the foreseeable future but depending on the play of Robinson and Gabriel it could be possible for the Bears to move on and go with Ridley within the next year or two. I will leave you with the highlights of the best game I ever saw young Riley Ridley play which was in the 2017 National Championship against the dominant Alabama Defense.

TE is usually the position that dynasty owners are most acquainted on waiting for. Often times these gargantuan playmakers take a number of years to transition to the more physical brand of football played at the NFL level. This year has two top flight TEs in the Iowa duo of Hockenson and Fant. For the patient owner, Irv Smith Jr. could offer similar upside if things break his way in his new home of Minnesota. Football is in the blood of the former Alabama TE. His father Irv Smith Sr. was a 1st round draft pick of the Saints in his day. The younger Smith decided to forego his senior season with the Crimson Tide after posting in impressive 44/710/7 receiving line in his junior campaign. He followed up his dominant final season with an impressive showing at the NFL combine showcasing some of the very same skills that made him a 2nd round pick of the Minnesota Vikings.

The gorilla in the room for young Irv Smith Jr. is the presence of former 2nd round draft pick Kyle Rudolph. The 29-year-old Rudolph is currently in the middle of a contract dispute with the cash strapped Vikings and could be traded in the near future. Were Rudolph to leave in either this season or the next it would open up a valuable spot for the dynamic Smith Jr. to ply his trade in the NFC North. As with the other players on this list if an owner is patient enough his persistence could be rewarded if the cards fall right for this talented rookie. I will leave you with the highlights of the former Alabama TE which should leave you tantalized at the prospect of what he could do with the TE loving Kirk Cousins in the Twin Cities.

When it comes to dynasty one man’s trash is another man’s stash metaphorically speaking. The four players I have listed above will no doubt come cheaper than the top players at their position in your upcoming rookie drafts. Some of the players could be coveted by other owners which would make them obviously less of a stash if they are drafted earlier than the normal range. Some of these players could see very early returns on investment depending on what happens in front of them. In particular, Devin Singletary could be far less of a patient stash if the Bills decide to part ways with LeSean McCoy. However, no matter where you value these or other players of this sort, I implore you to never be scared off by a player’s immediate fantasy outlook. This is ‘DYNASTY’ and what is valued today may not be tomorrow and vice versa. When it comes to your rookie drafts always go for talent over situation and you will rarely if ever be left wanting.