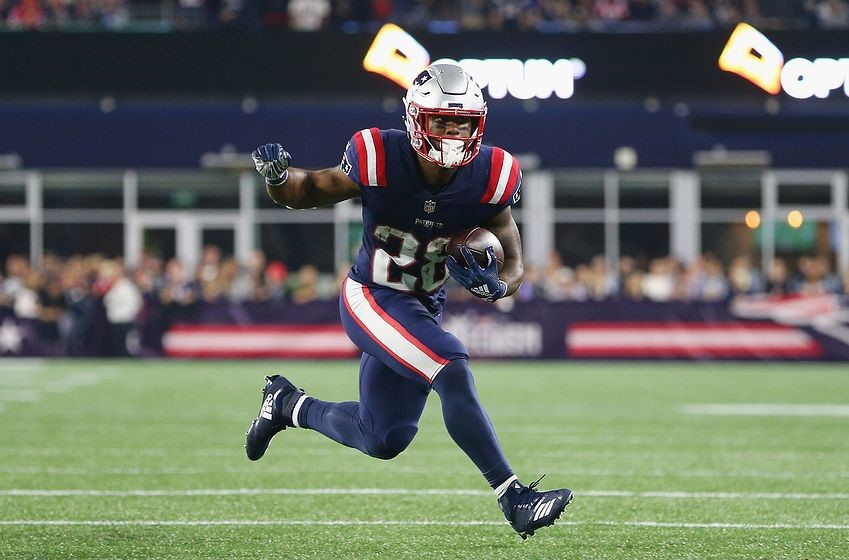 Welcome back to the 2nd part of my #PayOrFade series. In the last article, I took a look at high performing pass-catching specialists to see how sticky that performance was the following season. And not surprisingly, repeat top 20 performances were not the norm. Most of the backs spectacularly fell from grace. The only exceptions to the rule were CMC and Kamara. The key differentiator? Both transitioned into lead RB roles for their respective offenses. So in this next part of the series, I’ll be digging into the 2018 candidates and see if there is any value there to be had. Throughout the next couple of articles, I’ll be putting the 2018 candidates on trial to see if you should be drafting them this season or if you should be avoiding them like hugs from your distant aunt who wears way too much stripper perfume. Without further ado, let’s introduce the defendants…

Source: Opportunity and scoring from PFF, redraft ADP from FantasyPros and Dynasty ADP from FFPC.

White, Cohen and Drake are currently all going in the fringe RB2/3 range which makes this an interesting exercise. My previous analysis showed that fading all of them would be the safest course of action but no one ever went to the promised land by playing it safe. Here at the #FantasyBatCave, we are always going for the W so let’s break it down here to show you how to find a diamond in the rough. But first, you have to sift through the muck. So in this 2nd part of the #PayorFade series, we’re uncovering the dirtiest of them all…James White.

The Charge: Living-off the hype of yester-year like Rebecca Black in 2011.

The Defense Part I: Let’s start with the first point that James White truthers will push onto you like clergymen and their unwanted sexual advances on minors (Yeah, I went dark). It starts and ends with 3 letters: R…B…7. His 2018 finish in PPR scoring.

The Rebuttal Part I: I think I’ve shown the dangers already of relying on prior season production as a justification for satellite backs but let’s debunk this stat anyway. Did he finish as RB7 in PPR scoring? Yes, but as you’ll learn after reading my articles, there’s one thing that I always stress…#ContextMatters. Let’s break down that RB7 finish.

White’s 2018 production is a mirage, an outlier or what urban dictionary refers to as a “fugazi”. It was the perfect storm of all the right situations for him to have an outlier season. What were those things? For starters, Edelman was suspended for half of those early games which meant White was the beneficiary of all the short dump-off passes. Furthermore, Michel was on-again-off-again injured throughout training camp and the first half of the season so did not get a chance to become fully acclimated to the offense. As we all know, it takes time for rookies to learn a playbook, especially for the Pats. And we saw the drop off in White’s production once Michel took over as the lead back by almost 50%. During that final stretch, he scored below 9 PPR points 4 out of 7 times. In the words of my man @DynasyRich, he most definitely pooped in his big boy pants. @ScottBarrettDFB recently shared a tweet for splits of White with and without Michel which more or less confirms the narrative above:

As you can see, last year was an outlier, not the norm so buying into that trend would be a huge mistake.

The Defense Part II: Even with all of the information above, I can already hear the whimpers from the James White truthers, “but…but…it can’t be…no Gronk…Brady only trusts White!”.

The Rebuttal Part II: News flash, IT CAN, IT WILL, and IT IS and let me tell you why. People act like James White and Gronk shared the same target profile when that is far from the truth:

Gronk averaged 4x deeper targets than White which makes sense cause Gronk was an athletic freak who ran great routes while James White is a replacement-level system player who gets check-downs. If anything, Edelman and White share more similar targets than Gronk and guess what? Edelman is still there.

To that, I have 3 words for you, N’Keal F’n Harry. Patriots just invested a 1st round draft pick in the most talented WR, hell most talented rookie of this class. Come @ me. If you follow my twitter (@MikeMeUpP), you’ll know that I am all in on N’Keal Harry as my rookie 1.01. He checks all the boxes for me in terms of what I look for in a WR prospect:

And just as importantly, he also fits the scheme. Every day I have to put up with fraudulent analysis downing my boi Harry with the “he can’t separate” nonsense. People see one report in training camp and are already captaining their victory parades. Just stop…get help. First of all, he’s going up against a First-Team All-Pro corner as a rookie. For those of you who don’t know, that means he was the best at his position in the NFL. This isn’t some fake popularity contest like the Pro Bowl or NFL Top 100 where washed-up players make the list based on name alone. So if Harry didn’t have problems going up against him as a rookie, we’d have much bigger problems as a Patriots fan. Also, anyone who watched Harry in college would know that separation isn’t the strength of his game. He is elite at the catch point and an absolute beast in open space with excellent vision which allows him to gobble up YAC like the Hungry Hungry Hippos in that 90s commercial. The exact skill set the Pats were looking for to try and fill the void left by Gronk. So let’s not pretend like he doesn’t exist and will get 0 targets with White seeing everything. Harry is going to eat! People fading Harry are probably the same ones fading guys like Dez coming out of college. You don’t have to be an elite separator to succeed in the NFL as long as you have other elite traits, which my guy Harry has in spades. A couple of months back I tweeted out my comp for Harry as Anquan Boldin. The way they attack the ball and the ability to break tackles is what drew me to that comparison. And what do you know, I’m reading through news today and the very first thing that pops up is Maurice Harris making that same comp. Y’all need to hop on this train with me before it’s TOO DAMN LATE. Harry is going to be a stud for years and you can take that to the bank. Anyway, who were we talking about again? Oh yeah, that’s right, the fraudulent James White. Let’s get to the verdict.

The Final Verdict: Look, guys, it pains me to say this because I love James White. The man put the team on his back and rewarded #PatsNation with one of the greatest comebacks of all time (shoutout to the Falcons for choking harder than Shaq at the free-throw line) but I don’t trust him in fantasy, especially not late in the season. His current ADP is RB26 in redraft and RB31 in dynasty which makes sense given he’s in a contract year, they just drafted Damien Harris, and we all know Patriots value RBs like disposable wet naps at a wing eating contest. Chances are, he’ll be gone next szn and we all know what happens to fantasy relevance of RBs that leave the pats (see: Blount, Lewis, etc.). Given all the evidence I’ve laid out above, his ADP is closer to the median of where I expect him to finish vs the floor that White truthers would have you believe, which IMO is a lot lower so he’s a fade for me in all formats. But now, I leave the final decision to you, the fantasy jury. Is he Pay or is he a Fade? To me, the answer couldn’t be more obvious if it slapped you in the face…

Preview: Don’t forget to tune in for the next part of my #PayOrFade series where I’ll put the final two candidates (Cohen and Drake) on trial and reveal who I think has a chance to break the satellite back mold and make you a #ChampagnePapi this szn!

Uncertainty and ADP
What is a taxi squad and why you should have one.