Pennies On The Dollar: Get These Players While Their Value Is Down

Now is the perfect time of year to check on the price of under performing rookies. @reflipewthenuz has one player at each position for you to inquire on their price. Often times you can get players for much less then they were drafted for just a few short months ago. 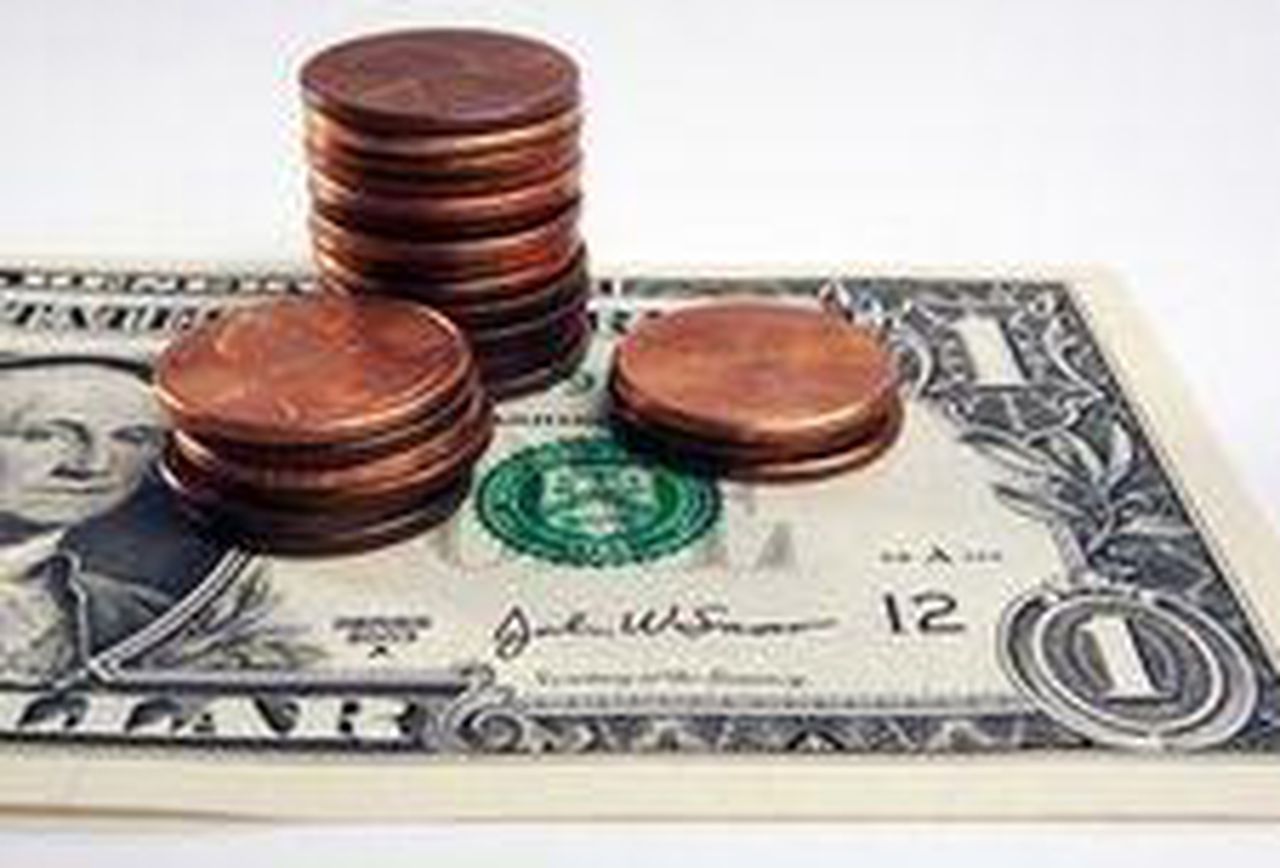 Every team leaves their league draft with visions of stars in their eyes. Hopes run high for the prospects of the players just added to their team. Then, without fail, players do not get off to fast starts and owners sour on their once prized possessions. The savvy dynasty owners are able to see this opening and capitalize on their impatient league mates. Oftentimes players can literally be had for pennies on the dollar. You never know when this year’s disappointment will turn into next year’s DJ Chark. Without further ado let us examine one player at each position and see if there are any deals to be had.

The Denver Broncos have been searching high and low for the successor to Hall-of-fame signal caller Peyton Manning. They have suffered through rookies and vets alike in the quest to solidify the most important position in the game. This past off-season team President John Elway explored both routes by trading for former Super Bowl MVP Joe Flacco and drafting the big-armed Drew Lock in the 2nd round out of Missouri. Lock suffered through an up and down pre-season before essentially being redshirted on IR with a sprained thumb. Some owners may be suffering from a case of out of sight out of mind with regards to Lock. Drew will be eligible to return from IR in the coming weeks and now may be the perfect time to explore trading for the former Tiger.

One thing has become clear across the first 11 weeks of the 2019 NFL season, the Broncos have yet to see their long term signal caller take a snap. Joe Flacco has struggled in transitioning to Mile High and Denver placed the former Super Bowl MVP on IR just a few short weeks ago. Despite winning his first career start 4th-year man Brandon Allen is not the long term answer. Sooner or later the team will turn to their 2nd round rookie. He is eligible to return from IR as soon as next week. You can see from his college numbers that the big-armed kid from Missouri was quite successful in the SEC.

Now is the time to take a look at acquiring Drew Lock. In Super-Flex leagues, the former Tiger is especially worth the risk with such a large potential reward. Impatient owners may not have the resolve to wait for his return. With weapons like Cortland Sutton, Noah Fant, and Phillip Lindsay, the cupboard will not be empty if and when Lock takes the helm. I would be comfortable paying any 2nd round pick in a Super-Flex with the potential of nailing down a long term starter. I will leave you with Lock’s college highlight film to remind you just what type of QB skills he brings to the table.

The Baltimore Ravens selected the former Oklahoma State Cowboy in the 4th round of the 2019 NFL draft. Hill was one of the most electric ball carriers in college football during his time at Stillwater racking up over 900 yards in every season. At the combine, Hill put on a show with a 4.4 40 yard dash, 40.0 vertical, 130 broad jump, and 21 reps on the bench. You can see from his highlight film below why many in the dynasty community were salivating over this prospect.

Justice Hill enjoyed a productive first pre-season with the Ravens. The talented young back showed burst, vision and patience routinely making plays within the run-heavy Ravens scheme. The biggest issue for Hill is that he finds himself in one of the most crowded backfields in the NFL. Former Saints star Mark Ingram was brought in during free agency and has acted as the unquestioned leader in the backfield. In addition to Ingram, former UFA Gus Edwards has again shown the power and ability that saw him close out his rookie campaign as the top ball carrier on the team. As a result of the situation, Hill has largely been a forgotten man during his rookie season. He has received little playing time, and as a result, even fewer fantasy points. Many owners lack patience, especially when it comes to RBs. Hill’s prospects will likely be similar next year with the majority of Ingram’s 2020 salary guaranteed and Edwards being an affordable option. The patient owner will use these points to attempt to snatch up the electric back. I would be comfortable paying any 2nd round pick for the long term upside of the Baltimore starting RB. The Ravens scheme is built around running the rock and I want any piece of that running game I can get my hands on.

Following the hiring of Kliff Kingsbury, many in the dynasty community were salivating at the thought of the Air Raid Offense making its way to the NFL. The system pioneered by the likes of Hal Mumme, Mike Leach, and others is known for its up-tempo pass-happy tenants. The vast majority of dynasty leagues are now PPR leagues and this scheme meshes perfectly with that scoring system. The Cardinals shocked many in the draft community by selecting former UMass WR Andy Isabella in the 2nd round to pair with number one overall selection Kyler Murray. The diminutive dynamo was literally the fastest man at the NFL combine blistered a 4.31 official time down the track in Indy. Many questioned the level of competition he faced in college but you will note in his highlights below that this type of speed transitions no matter the field.

Whenever you are dealing with a player who faced inferior competition you want to see him dominate the said competition. To this end, Isabella broke many of Victor Cruiz’s records at UMass. To this point in his NFL career, Isabella has not received much playing time being relegated to a rotational role. He has however flashed the speed and playmaking ability he displayed in college. The third catch of his career went for an 88 yard TD. He has however to this point put up only 32 fantasy points across his first 10 games. Many owners may be wary of the playing time garnered by fellow rookie KeeSean Johnson. I would look to capitalize on such apprehensions and try to acquire Isabella for the long term upside he provides. I would be comfortable giving up any 3rd round pick and potentially a late 2nd depending on your team needs.

One of my personal favorite late sleepers in dynasty rookie drafts has largely gone under the radar during his first season. Josh Oliver is a big athletic TE playing in the same scheme that helped Zach Ertz become a star. He has become a forgotten man in many dynasty leagues by virtue of an early-season hamstring injury that cost him six games. During the time he was out rehabbing the depth in front of him at the position was hollowed out by injury and Oliver returned to a golden opportunity. He has been getting increased reps with the starters as the move TE. You can see from his college highlights below that Oliver can be a true asset in the passing game for the Jaguars.

To this point in his career, Oliver has put up a meager 3/15/0 stat line. However, he has the chance to develop into a quality fantasy asset moving forward. Despite being placed on IR following last week’s back injury I still believe the future is bright for the former San Jose State Spartan. He has all the requisite tools to be a long term starter for your dynasty squad. The best part about young Josh Oliver is the price. The Jaguars TE can be had for as little as a 4th round pick. I have even seen him on some waiver wires. TE is a position that takes some time to develop. Not every TE is going to come out and put up massive sores in their rookie campaign. The youngster will have a full season of playing experience under his belt and a better understanding of the TE friendly scheme of the Jaguars. Oliver is a great option to scoop up from impatient owners and stash for your future.

There is nothing better than getting players from impatient owners for pennies on the dollar. This is the perfect time of year to start gauging your fellow league owners. It is all too often not very hard to find owners who do not want to wait for the rookies they drafted to develop. Many times the allure of the next crop overshadows reason and patience. These have been just a few of the players I have inquired about in my own leagues. You never know, you may be able to acquire next year’s DJ Chark for pennies on the dollar.