Sometimes it is the smallest of trades that provide the biggest payoffs. @ReflipeWThenuz is here with four low end penny stocks to target for your dynasty squads that could pay off in spades down the road. 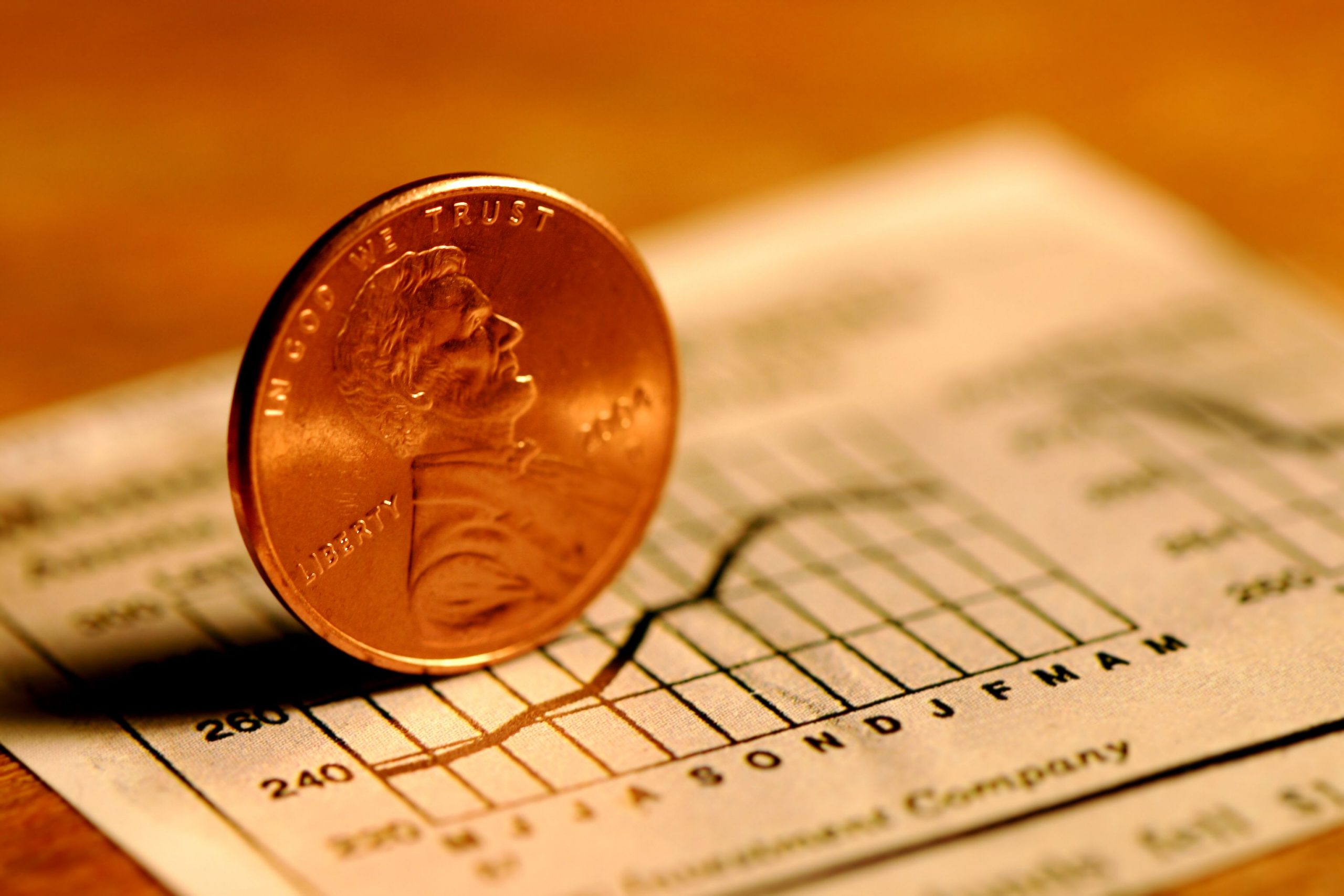 When it comes to Dynasty Fantasy Football, most owners are smitten with “The Next Big Thing.” Whether it be the big-name player they swung a huge trade for or the ubiquitous Hot Rookie, owners get fixated on the big names on their roster. However, it is the small trades that can often have the biggest effect on your teams. These smaller type moves have the potential to pay off, while at the same time presenting a minimum risk compared to their potential reward. With the NFL draft upon us, I wanted to put out a couple of names for you to explore in your leagues in the hopes that you might catch an owner sleeping on the potential of his deep bench types. Without further ado, let us take a look at one player at each position who fits the bill.

It has been such a unique offseason for the QB position across the NFL. How many times do you see a 6-time Super Bowl Champion QB switch teams? Furthermore, how often do you find the passing leader from the previous season unemployed the week of the NFL draft? It is that unemployed passing champion we are discussing next. Jameis Winston has gone from the highest of highs to the lowest of lows across the last five seasons with the Tampa Bay Buccaneers. You can see from his stats below that the former Florida State Seminole can undoubtedly fill up the stat sheet.

Winston has all the tools necessary to be a successful franchise QB at the NFL level. Physically speaking, he is the quintessential player for his position. However, Winston combines jaw-dropping physical talent with maddening mental lapses. Simply put, he cannot seem to avoid costly turnovers. Last season’s 30 interceptions and 12 fumbles far outshined his passing title or his career-high 33 TDs.

It is certainly true that not all Int’s are created equal. Often turnovers will not exactly be the fault of the QB. However, when breaking down Winston’s film, you will find many times when he decided to go Brett Favre and force the ball, no matter what the coverage was. He led the league in interceptions in several different situations, including on 3rd and 4th downs. The backbreaker, though, would be the record-setting seven pick-6 plays he gave up to opponents. One such play ended both his season and tenure in Tampa, which you can see below.

Despite all the negative press, Jameis Winston is currently undergoing, I believe there is still a future for him in the NFL. He simply needs to take a step back and address the turnovers. Nobody will deny that he is talented and has shown glimmers of the skill that led him to a National Championship, Heisman Trophy, and No.1 overall draft selection. His 121 passing and 10 rushing TDs are a testament to his skill. He needs to take better care of the football. Perhaps a chance to step back out of the limelight and fight his way back into the spotlight is just what the doctor ordered.

I feel like Winston landed in the perfect situation with the Saints. He will have the opportunity to rehab his value potentially. If he gets another chance, which I believe he will, he could be just the type of player that propels your Super-Flex teams to a championship. Do yourself a favor and explore this high-end QB stash.

The New England Patriots are a team in search of an identity. For the first time in almost two decades, Tom Brady will not be lining up under center in Foxborough. I believe that the mantra of the 2020 New England Patriots will be to run run run the rock. Former 1st round pick Sony Michel has not been the type of difference-maker the Pats hoped he would be when they made him a 1st round pick three seasons ago. Michel saw his ypc drop from a respectable 4.5 in his rookie campaign to a dismal 3.7 last year. We all know that Bill Belicheck will play the best player, no matter his draft pedigree. It might not be long before last season’s 3rd round pick Damien Harris finally gets his chance.

If he were to manage to take the job from his more lauded backfield mate, it would not be the first time young Damien outperformed a 1st round pick RB. While at the University of Alabama, Harris managed to outproduce and outperform future 1st round pick Josh Jacobs in virtually every statistical category. Despite playing in one of the most crowded backfields in the nation, Harris was a mainstay of the team, playing a central role in nearly every season, including the 2017 National Championship. You can see his college numbers below.

While Harris doesn’t have that blow your socks off type of skill set, he does provide the lunch pail attitude that Belicheck has come to favor in the past. He has excellent vision and patience for a man of his size. He possesses above-average hands in the passing game and is a willing blocker. While it is highly unlikely he will be tasked with a significant role in the passing game, due to the way New England compartmentalizes their backs, Harris is adequate in that facet of the game as well. He has a game that reminds me of a former Pats RB Benjarvis Green-Ellis. If the team decided to move away from Sony Michel or injuries opened an opportunity, I believe that Harris would more than be capable of filling the role of early-down thumper in the Pats system. You can see a couple of examples of the playmaking ability he flashed at Alabama below.

Following a virtually nonexistent rookie season, many in the dynasty community seem to have forgotten about Damien Harris. This is precisely the type of player I like to target for my dynasty squads. He is about as cheap as it comes for a rosterable RB asset, and he can pay off handsomely if he manages to somehow get his hands on the early-down role in New England.

With the loss of Tom Brady, I fully expect the Pats to morph into one of the run heaviest teams in the league. No matter who is behind center, be it Brian Hoyer, Jarrett Stidham, or someone else, the Patriots are going to run the ball a ton in 2020. I would not hesitate to inquire about the availability of Harris or attempt to get him as a throw-in on a bigger deal. If he hits, he will certainly pay off in spades, and if he doesn’t, the cost was likely still worth the gamble.

Pundit after pundit has insisted recently that the Chicago Bears need to draft a WR to replace the departed Taylor Gabriel. The Bears did, in fact, trade up in the 5th round to select Darrell Mooney out of Tulane. However, I, for one, feel that Gabriel’s ultimate replacement may have already be on the roster. After trudging his way through an uneventful rookie campaign, Chicago sophomore WR Riley Ridley may have an opportunity before him. While certainly not the same type of athlete as Gabriel, Riley Ridley nonetheless has the talent to play a meaningful role in the NFL.

Coming out of Georgia, some analysts hammered on the lack of high-end college production by Ridley. Sure his numbers are pedestrian on the surface. However, when you look below the surface, you find that those numbers may be more a product of the Georgia Offense as opposed to their lead WR. In his final season “Between The Hedges” young Ridley led the team in both receptions, yards, and TDs. The team simply did not throw the ball that much, instead of focusing on the run game. You can see RIdley’s stats below.

Already I can hear the detractors out there saying, ‘why should I waste my time on a WR who didn’t have a single 1,000-yard season in college’? The answer to that question has two parts. The first is that Riley Ridley has the requisite physical gifts to be an above-average NFL player. Both on the field and at the combine, Ridley looks the part. You can see his combine chart below.

The second is that there have been plenty of players who developed into successful NFL WRs after enduring through college programs that did not highlight their skills. The first one that comes to mind would be Michael Thomas. Yes, that same Michael Thomas that just set the NFL record for catches in a season and has been one of the most dominant players in the league since being drafted in the 2nd round. Due to Ohio State’s system and personnel, he never surpassed 60 catches, never had an 800-yard season, and never put up double-digit TDs. Now once again, I’m not saying Ridley is Michael Thomas, but he could follow a similar road to NFL relevance. To close out, I would like you to take a look at Ridley’s National Championship performance against Alabama and ask yourself if this kid can develop into a usable NFL and dynasty WR.

If you’re not an Arizona Cardinals fan, there is a good chance that you may have missed the flashes shown by TE Dan Arnold the last couple weeks of the 2019 season. Of all the players on this list, Arnold is the deepest sleeper and the cheapest target. The former Wisconsin-Platteville star is a virtual unknown to most of the dynasty community. The oversized WR spent his first two seasons in New Orleans before finding his way to the desert.

Dan Arnold is a hybrid WR/TE in today’s NFL. This is precisely the type of TE that could have a chance in the Desert. We all know that the Air Raid system, favored by coaches like Kingsbury, do not typically use the TE position. Arnold may be just the type of athlete to change that usage. You can see his career statistics below.

As I stated above, Dan Arnold flashed at the end of the 2019 season. After spending the beginning of his career in New Orleans, and being used sparingly, Arnold was claimed off waivers by Arizona in December. He only saw playing time in the last three games of the season but left an impression to the tune of 6/102/2. It is possible that Arnold could be in line for a much bigger role heading into 2020, including a red-zone-heavy role. You can see a brief flash of how he could thrive in such a role below.

This is the perfect time of year to find great values for your dynasty team. Owners all over the world will be wrapped in the euphoria of rookie fever. Last year’s stash is often discarded before it is given a proper chance to bear fruit for your squad. The four players listed above may or may not pan out for your dynasty rosters. However, at their meager cost, they are excellent examples of penny stocks to stash away for the future. How knows your stock may just hit and take you with it to the top.