@JoeWarrenFF looks at what could be in store for Philadelphia Eagles wide receiver Quez Watkins in 2021. Does a change of coaching staff equal more opportunity for the speedster out of Southern Mississippi have a chance to be fantasy relevant this upcoming season? 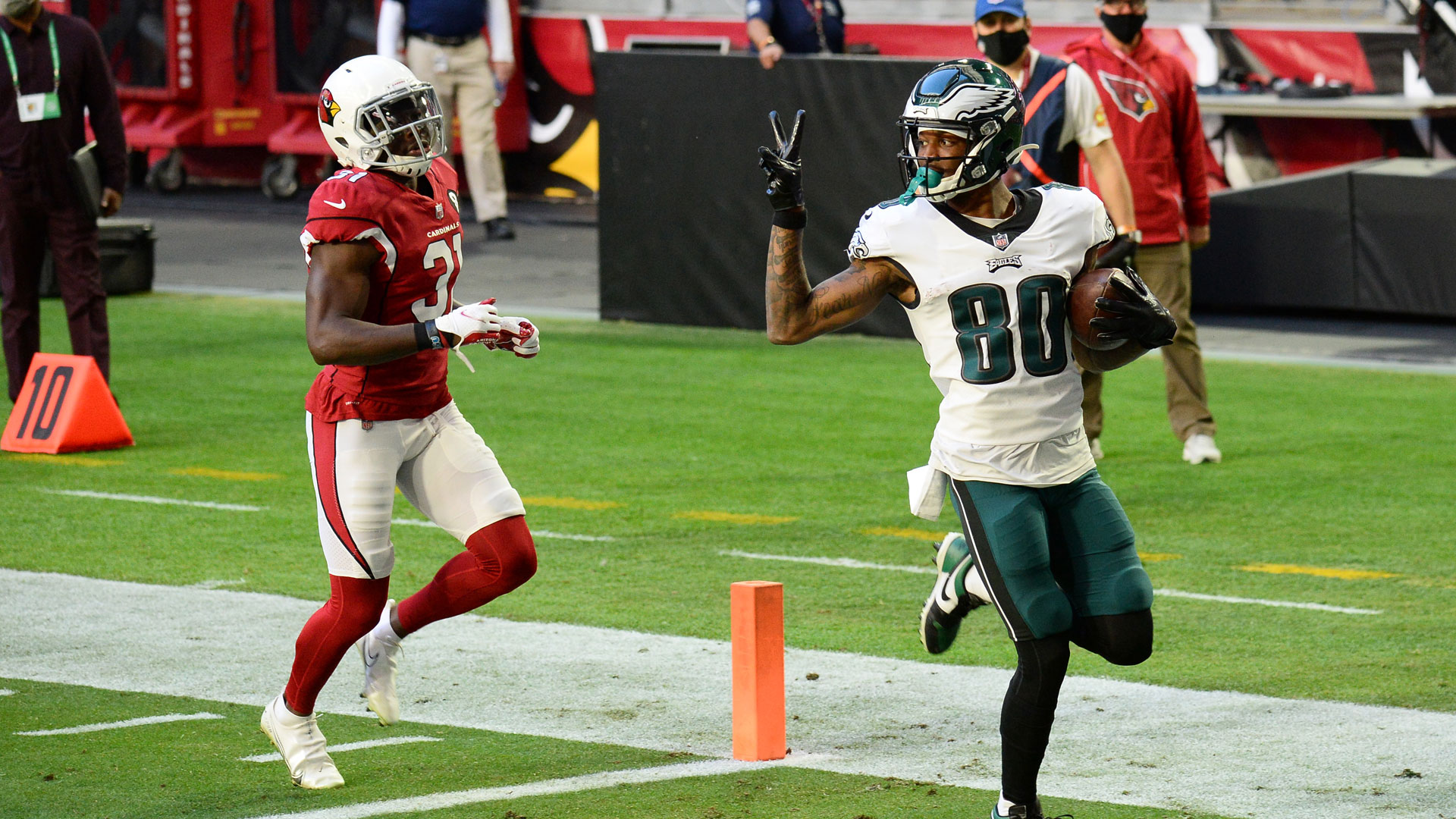 Quez Watkins may not be the most known second-year wide receiver heading into the 2021 season. The sixth-round pick out of Southern Mississippi saw limited playing time as a rookie for the Philadelphia Eagles last season. However, I believe Watkins has upside for dynasty managers, with Philadelphia having a new coaching staff.

Watkins was a three-star recruit coming out of high school. After improving his athletic profile before the 2019 season, Watkins’ impressed with his immediate burst after the catch and his ability to stretch the field vertically. He ran a 4.35 40-yard dash at the NFL combine before the draft, which is why it was somewhat of a surprise seeing him fall to the 6th round. NFL.com projected Watkins to being selected in the fourth to the fifth round. Watkins had the second-best 40-time for receivers, trailing only Henry Ruggs. Ruggs was the first receiver selected in the draft.

After not playing much in 2020, Watkins may have a clear path to playing time in the upcoming season. In his rookie season, he had seven receptions on 13 targets. Watkins averaged a little over 15 yards a reception while also collecting a 32-yard touchdown on a screen pass against the Arizona Cardinals.

Watkins’ lone touchdown showed his undeniable speed, which makes me incredibly excited for Quez Watkins in the upcoming season.

As seen above, the sudden burst and change of direction in Watkins’ game makes me excited to see what he could do when given increased volume. The speed is undeniable but coupled with a 7.28 3-cone drill time, there is more to Watkins’ game to like.

His main weakness is when he comes up against the more physical competition (as seen vs. Trevon Diggs in 2019). Still, if schemed correctly, Philadelphia could minimize the visibility of said weakness.

Both Alshon Jeffrey and DeSean Jackson have now left the Eagles. Their departure leaves a depth chart consisting of Jalen Reagor, J.J. Arcega-Whiteside, Travis Fulgham, and Greg Ward. None jump off the page as a guaranteed target hog, which allows an opportunity for Watkins. I have written previously about researching Nick Sirianni and how he operated the Colts offense. He tends to use a traditional slot receiver less, and the yards per attempt of each quarterback are usually beyond average.

Draft capital and perceived talent of Jalen Reagor should mean he receives the bulk of volume (dependent upon how he performs in training camp). While being similar players, there is the opportunity for both Reagor and Watkins to be relevant in this Eagles offense. With Jackson gone, Watkins’ speed could be vital. In the games that Jackson had a clear role in the offense in 2020, Reagor was still involved in the offense with eight targets combined in Weeks 1 and 2. There is no reason to assume Watkins will not also garner targets in the new Eagles’ offense.

I believe that the trio of Arcega-Whiteside, Fulgham, and John Hightower will fight out for a similar role. Depending upon how Sirianni operates his offense, either Watkins or Ward could be that third option. And if we look back at how Sirianni has handled his offenses before, I would say it is Watkins, not Ward, that will be involved in the offense more in 2021.

The Philadelphia Eagles have more holes on their team (defense, offensive line) that need addressing this year, which leads me to think they won’t touch the receiver position in the draft until at least the fifth round. If that is the case, it means they stick with who they currently have, which is good for Watkins.

Although playing sub 35% of snaps, the team moving Jalen Hurts to quarterback increased Watkins’ role. We all know my thoughts on how Carson Wentz and Doug Pederson ruined any hope for receiver fantasy output, but with Hurts and Sirianni, Eagles fans could see their receivers utilized more often. In games that Hurts started, Watkins saw all of his 13 targets (over a four-game span). Projected over a 17-game season, Watkins would have 55 targets. Combine with a clearer opportunity for production with Jackson leaving, and I am excited about Watkins in 2021.

Philadelphia should be passing a lot next season with all the trailing they will be doing (sorry Eagles fans).