Breakout or established star? @statholesport takes a close look at the OBJ vs. DJ Moore debate. 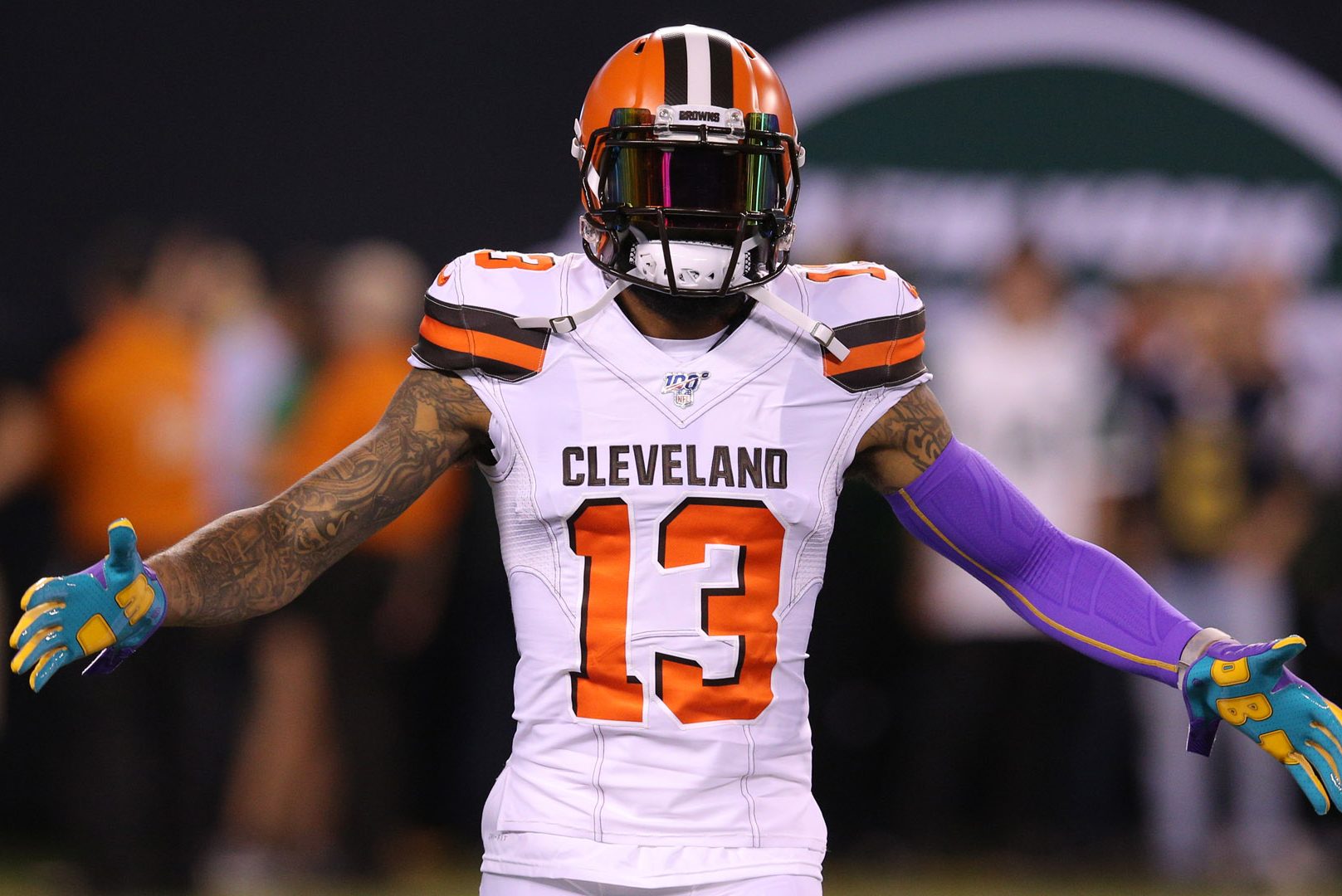 Deciding between Odell Beckham and D.J. More as a dynasty asset is a pretty easy call if you step back and properly analyze the facts. I can understand why both studs could mistakenly be viewed on the same level, but it seems the argument for D.J. Moore is as simple as it is cliche: recency bias. Among all the big wigs of statistical biases, recency bias submits in prevalence only to that of selection bias. But as I like to say, cliche’s are cliche’s for a reason, and you should not let this fool you into valuing D.J. Moore over Odell Beckham in dynasty fantasy football. This isn’t to say D.J. Moore isn’t an ascending star – it’s just to say he’s not on Odell’s level, and I’m here to make that case.

2019 was an optical illusion for Beckham, and dare I say he’s almost guaranteed to regress positively in 2020. While Moore ended the year as the #13 WR in half-PPR, Beckham mirrored this result at a lowly #31. Count me as skeptical that this was in any way his fault. The Browns lived up to their name in the worst way possible. They were an absolute show of feces in 2019. Cleveland seems to have addressed this issue by wiping the coaching staff clean and employing a presumably competent head coach.

Before I make my case for Beckham, let’s give some credit to this young cat D.J. Moore. Moore has given fantasy owners every indication he is skilled enough to make the third-year leap into potential WR1 territory. In his first year, he was up and down as one would expect for a rookie. Here’s a quick chart to compare his 2018 rookie year to that of Beckham in 2018:

Oh, you don’t think it’s fair to compare an established veteran to an unpolished rookie? Fair. Let’s compare apples to apples then and show each player’s rookie season fantasy output:

In comparison to Beckham, D.J. “Moore-to-be-desired” just didn’t stand out as The Guy on his team at any point in the year. Meanwhile, it took Beckham all of three games once put in the lineup.

But I get it; not all-star wide receivers shine in year one. When we look at the production of each in the past year we can see that Moore turned it on in the second half of the season. He scored more PPG in half-PPR than Beckham in every game he played from Week 9 on:

But Beckham’s struggles in 2019 were hardly left unexplained. The all-star wideout was left dealing with a coach who, by all accounts, was ill-fit to coach a team infamous for being considered the least accomplished organization in the history and prehistory of sport. Not a great look. Beckham had everything going against him in 2019. All he needs is a replacement-level coach to steer the still star-studded offense into gear and correct for the wafting stench of 2019’s recency bias. Enter Kevin Stefanski. Sure, he’s a first-year coach who is likely to go through some first-year growing pains, but have you seen this guy? He’s basically the NFL version of “ER” era George Clooney, and that has to count for something:

If there’s one thing the Browns need, it’s an organizational resuscitation from an ER doctor, or at least someone that looks like someone who played one on TV. I think Stefanski might be that guy. Winning over the Browns locker room will require his ability to look like a guy in charge and know the plays that he created. That’s about it. I find the prospect of such a feat as doable. And if I’m right, this puts Odell Beckham on course to provide WR1 production once again for years to come with a gun-slinging star of a quarterback. And at 27 years old, Beckham likely has 3-4 more top-tier years left. Let that be the reason you came out of at least one league as a dynasty champion.

As for D.J. Moore, keep in mind that his dominant second half of 2019 was supplied by the arm of Kyle Allen, not Cam Newton. Will free agent quarterback Teddy Bridgewater favor the young stud or leave him where he left off in 2018 with a heaping recipe of inconsistency? Even if you are bullish on Teddy and new head coach Matt Rhules offense, the uncertianty this presents a huge concern on the future stock of D.J. Moore. And it doesn’t take a genius to know that replacing quarterbacks in the NFL isn’t exactly easy to do.

In closing, the analytic and photographic evidence I’ve laid out supports the wise dynasty owner to favor Odell Beckham over D.J. Moore. To put a cherry on top, I’ll add that Beckham has a decisive advantage in target share. Through his first two years Beckham has (10.6 targets per game) vs. Moore at 7 targets per game. And this was no outlier for Beckham as he’s basically maintained this target share in his six years with a 10.06 career average. Targets matter people.

Despite the age advantage of Moore, the future has a clearer and brighter outlook for Odell Beckham in the next three to four years, and that makes all the difference. Even for a wide receiver, projecting anything beyond that is like predicting the weather three to four weeks in advance. Good luck with that. Don’t fall for recency bias here.