Players On the Way Up 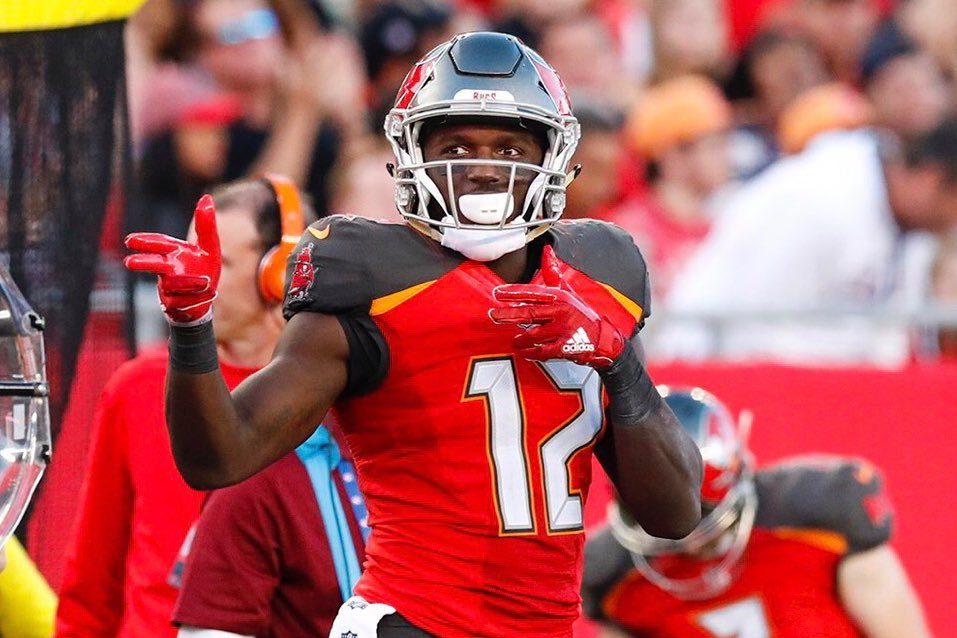 As we decompress after the NFL Draft and look towards the beginning of the 2019 NFL season, the hype for rookies will continue to increase. Understandably, we have our eyes aimed towards the incoming class, however, there are several quality players that should see an increased value in 2019, and they should also be available at a much lower price than trying to acquire a rookie draft pick. Of course finding these players on the rise isn’t easy, but here are a few players that should see an increased value in 2019. Here we go…

Curtis Samuel is a player who has been mentioned before as a “sleeper”, but that alone doesn’t mean he isn’t worth a look. During the last month of 2018 (5 games), Samuel averaged 8 targets per game. This was a dramatic increase from the 3.5 targets per game he had been previously averaging. While it is fair to say that those numbers are a small sample size, it seems to be a positive trend that the Panthers were involving Samuel more. Furthermore, the workload of Christian McCaffrey has nowhere to go but down, which should create some extra opportunities for Samuel.  The Panthers did not draft a WR until the 7th round of the draft, which means the opportunity will be there to build on the momentum gained at the end of 2018 in the upcoming season. Samuel is certainly worth an inquiry as he should develop into a solid PPR play.

The value of the TE position significantly depends on your league settings; however, I believe that Mark Andrews is poised to build on his promising rookie season in which he finished as a high-end TE2. He seems to be consistently undervalued despite having a very productive rookie season. The biggest concern for Andrews is the ‘developing’ passing game of Lamar Jackson. Of course ‘developing’ is a very generous description of Jackson’s passing ability, which therefore seemingly limits Andrews’ immediate outlook. My belief is that the Ravens will likely look to use short passes to stay ahead of the chains. This is where Andrews should see significant work. The other knock on Andrews is an increased role of Hayden Hurst, the Ravens 2018 first round pick, in the passing game. However, Andrews is a superior receiving option to Hurst and should have the opportunity to develop into a security blanket for Jackson in 2019 and beyond.

Ito Smith may be the player in this list that I would be most interested in acquiring. He does come with a slight risk, however, as the Falcons added former University of Pittsburgh power back, Qadree Ollison, in the 5th round of the draft. Despite this, Ito still has an immense upside. He currently is only behind Devonta Freeman on the depth chart, who is 27 and coming off a season where he only played 2 games. Furthermore, Tevin Coleman left for San Francisco, clearing the way to an increased workload in 2019. The Falcons do have Freeman under contract through 2023, but there is an out after 2019, so Freeman will have to prove to the Falcons that he worth keeping as he approaches the inevitable RB cliff. Smith also showed some promise in 2018 as a viable player in this offense. He recorded at least 2 receptions in all but 3 games. He should be available at a reasonable price and is worth a flier.

Few players benefited from their team’s draft like Marquez Valdes-Scantling did. The Packers opted to pass on the receiver position in the draft, and instead, the only pass catcher they took was a TE, former Texas A&M Aggie, Jace Sternberger. Like most of the Packers not named Davante Adams, MVS had an inconsistent 2018. He had a rather pedestrian 38/581/2 receiving line, but showed flashes of potential. MVS is poised to take the WR2 role in the GB offense, which should benefit from a new coaching staff, and has plenty of room for improvement. Due to his inconsistency in 2018, and the incoming WR class, you should have a good chance of acquiring him for a discount.

Due to the combination of the departures of DeSean Jackson and Adam Humphries, along with the subsequent arrival of Bruce Arians, Chris Godwin’s name has been spread through the dynasty community as a sleeper for 2019. When given the opportunity in 2018, he showed he is a capable fantasy asset. He finished the year with a 59/842/7 receiving line, while splitting time as the 2nd, 3rd, or 4th receiver. Because Bruce Arians is known for his propensity to throw the ball often, and Godwin should be given every opportunity to take over as the WR2 in a very fantasy friendly offense; Godwin is poised to break out in 2019. Furthermore, the Bucs did not address the WR position until the 6th round, when they drafted the speedster from Bowling Green, Scott Miller.  Godwin has shown he has the talent, he now has the opportunity. Now is the time to inquire about Godwin, before it is too late.