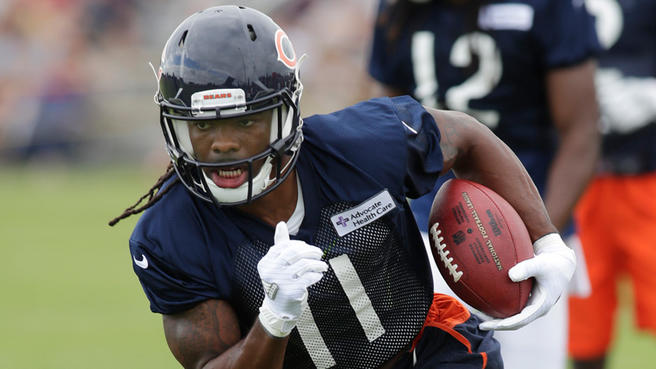 I love this time of year for Dynasty.  ‘Tis the season for those committed to year-round play!  Some Champs have their feet up, others switch their focus to rookies and some of the less engaged franchises begin their long hibernation to Spring.  However, for me, this time of year brings a small sliver of an opportunity to win around the edges, to gain that Brailsford-eqsue extra half-an-inch advantage.  I see the NFL post-season as a bonus chance to add a couple of stashes to the bottom of deeper rosters; guys available on the wire, who haven’t done much in the regular season, but now have an extra game (or four!) to showcase their skills and generate a splash of Dynasty value.

Admittedly, the odds are against most of these players doing anything too significant – but all you need is a flash to be able to turn a free pick up into a little piece of value.

While the rest of your roster isn’t doing anything for you, if you’ve got a spot spare in a deep league, try and pick up one of these guys; if they turn into something, you may be able to flip ‘em for a quick buck – if not, you can confidently chuck them away when you need a spot for the new Rook on the block anyway.

In the wake of Demaryius Thomas’ season-ending (and possibly longer) Achilles injury and Keke Coutee struggling with his hammy, suddenly WR opportunities have presented themselves in Houston.  Playing opposite the defence attention-seeking Hopkins and with Watson adding to a solid run game, there should be plenty of space to operate for the remaining receiving options.  Carter might have the slight edge over the rookie Smith, but both should get their fair share of targets in 3 WR sets.  If Keke is back, Carter might see his opportunities limited.

Luck seems to have finally shaken off the injury plights of the past couple of years – and anyone catching passes from a healthy Luck is going to hold value.  Inman has probably been picked up in your league already so, if you’re looking for a roll-of-the-dice stash, Pascal’s number is one to keep an eye on.

Trick me once, shame on you.  Trick me fourteen times…

The former top ten pick has had a miserable time in the league to date: the talent should be there (Biletnikoff finalist, 4.35 40), but the horror show of injuries – from the infamous shin to the trick shoulder – are genuine causes for concern.

A free agent after this year (after the Bears declined his 5th year option), a couple of post-season games could be just the showcase White needs to finally step up and show what he’s got.  Robinson, having missed the previous contest with sore ribs, could provide White with an opportunity.  The pre-season darling, rookie Javon Wims, is also worth monitoring.

Here’s the plan: pick up, hope he does anything, sell for a 4th.

With Gordon out, Dorsett’s snap counts rebounded after a wasted middle-of-the-season run.  There are a lot of mouths to feed in New England, but Patriots can go deep into the playoffs; if a couple of TDs go Dorsett’s way, you could get a return for nothing.

Recently extended in New Orleans, Hill looks set to take the reins once Ben Watson calls it a day.

Arguably, the converted WR Dan Arnold is the more intriguing prospect for next season, but opportunities have been limited for the 2nd year so far.  Hill looks like he will be on the field with Brees during the post-season run, so he’s the stash for me.

NOTE: all of the above are droppable should they produce nothing and get eliminated post-season.

So those are my guys! Who’ve you got?  Hit me up on Twits (@dynastyinsights) with anyone you’re loving to stash in post-season Deep (Deep Trouble) Leagues!

Why you should buy high on Patrick Mahomes
Black Monday: Fantasy Impact Reaction
25% Off Sitewide - Use Coupon Code "Black-Friday".