PPR Gold: Don’t Sleep On These 3rd Down Rbs 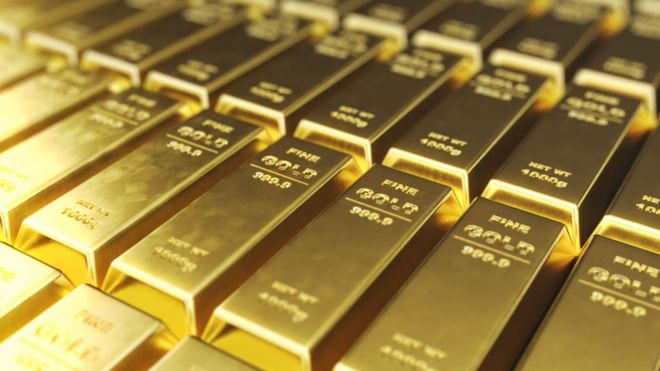 Most of us in the dynasty community salivate over the thought of a true 3 down workhorse RB. It is these types of players that set our rosters apart from our competition. However, the reality is that there are not very many of these coveted assets on the market. Let’s face it, the modern NFL seems to favor the multiple RB model put forth by the majority of the teams in the league. There are very few true workhorses like Saquon Barkley, Christian McCaffrey, Zeke Elliott, Lev Bell, David Johnson, and just a very few others. Now if some of us are lucky we will have two of these elite RBs on our squad to give us a leg up on the competition. For the rest of the league, it becomes a delicate act to determine which RBs to fill out our rosters with when attempting to build a championship squad. Oftentimes the starting RBs in the NFL will garner the greatest attention when filling out these positions. What if I were to tell you this is not always the smartest way of attacking the position. In PPR leagues the complimentary back is often the far greater value. Take the New England Patriots for instance. Sony Michel is the starting RB in New England. Last season he ran for a robust 931 yards and 6 TDs on just over 200 carries, good for just 139.1 PPR points. James White is the complimentary RB on the very same squad. White turned his 181 touches into 94/425/5 rushing and more importantly 87/751/7 receiving yards, good for a whopping 276 PPR points. I would wager that you could buy James White for a fraction of the cost of acquiring Sony Michel in your home leagues. That my friends is an example of PPR Gold. Let us take a look at some of the RBs who to one degree or another are worth their weight in gold for the inflated PPR points they bring our teams at depressed costs.

Many in the dynasty community have gone crazy over the drafting of David Montgomery by the Chicago Bears in the 2019 NFL Draft. I also love the landing spot and the fit for one of the top backs in the entire draft class. However, that does not mean that I am writing off Tarik Cohen as a dynasty asset. Since entering the NFL two years ago out of the MEAC, young Tarik Cohen has proven to be an absolutely dynamic athlete with the ball in his hands. He has truly earned the moniker of the ‘Human Joystick’. You can see from his stats below that Matt Nagy did a far better job of utilizing Cohen’s unique talents than John Fox did the previous season.

Cohen managed to double his receiving yardage and add nearly 20 catches over his rookie campaign. For those of you who believe that David Montgomery will significantly eat into Cohen’s touches, I submit this to you. Montgomery will be tasked with handling the bulk of Jordan Howard’s touches. Now despite the disdain for Howard in the dynasty community he still handled over 270 total touches last season to Cohen’s 170. Montgomery will have his plate full filling the touches left behind by Howard. Mike Davis will serve as a complimentary piece to both Cohen and Montgomery. If the Cohen owner in your PPR league is spooked by the addition of David Montgomery stoke his fears and scoop the Pro-Bowler up at a discount. While not overly likely to repeat his RB 11 performance from last season, Tarik Cohen will be a rock-solid RB2 for your dynasty teams.

I made a reference to James White at the beginning of this article. All James White has managed to do the past couple years is nail down the receiving back role in one of the most dynamic systems in the league. Tom Brady is a master of the check down and uses it to devastating effect when faced with pressure from opposing teams. In the opening paragraph, I broke down James White’s 276 point season which was good for RB 7 overall last year. That’s right on less than 200 touches White outscored the likes of Melvin Gordon, David Johnson, Joe Mixon and more. Now don’t get me wrong, I am not saying I would draft White over all those other players. However, the beauty of the situation is that I will not have to decide between them. White can be had much later in startups and acquired via trade for much much less. Leading up to last season White had become a very consistent piece of the Patriots. With the departure of Dion Lewis last year via free agency, you can see from his numbers below that James White flourished in his absence.

Much like Tarik Cohen the dynasty community seems to be strangely overlooking the numbers James White put up last season. Will he repeat as a top 10 fantasy producer at the position? Probably not, but that does not mean that he will not be a more than capable RB 2 with upside for your dynasty team. As with the other players on this list, you can usually get a full-fledged discount on James White. You can get him as your RB 3 and he will drastically outperform his draft capital. The Patriots will likely be searching for answers in the passing game with the departure of Rob Gronkowski to retirement. I would not be surprised in the least bit if Tom Brady looks to the man who set the Super Bowl record for catches in a game to fill some of the void left by his former safety blanket.

Nyheim Hines enjoyed one of the more under the radar rookie campaigns of last fantasy season. The former NC State 4th round pick managed to secure a role as the 3rd down back for the Indianapolis Colts. The Colts, guided by the prolific Andrew Luck, typically rank at or near the top of the league in passing stats. Hines was paired with fellow up and comer Marlon Mack as a dynamic one-two punch for the Colts. Marlon Mack garnered much of the conversation last season once he overcame a training camp injury to put up the best campaign of his career with 195/908/9 to go along with 17/103/1 receiving. These numbers slid Mack in as a high-end RB 3 at 178.1 PPR points. For his part, Nyheim Hines was not to be outdone as you can see from his numbers below.

With more than 50 fewer touches Hines managed to also finish as an RB 3 slotting in at number 27 overall for the position with 160.9 PPR points. Leading into the 2019 NFL season prognosticators are touting Marlon Mack and the high upside he brings to the table for your dynasty team. I submit to you that you can have a piece of the dynamic Colts backfield that will score a comparable amount of points at a far lesser price if you again focus on the receptions. Mack seems to be much more of a bruiser than a pass catcher out of the backfield. Going all the way back to college the most catches Mack has put up in a single season is 28 and that was as a freshman at the University of South Florida. Last season alone, as you can see above, Nyheim Hines more than doubled Mack’s best receiving season ever. Do yourself a favor and target Nyheim Hines as an upside play for an RB 3 or even better flex starter for your dynasty team.

The 2018 fantasy season started off with a bang for Austin Ekeler with over 100 total yards and a TD on only 10 touches. Ekeler went on to have the best season of his young career playing the complimentary Robin to Melvin Gordon’s Batman. Towards the end of the season Melvin Gordon went down and missed time with a knee injury. Many in the dynasty community were drooling at the thought of an electric Austin Ekeler fantasy playoff run. This was however not to be as Ekeler struggled with additional touches and succumbed to injury himself along the way. You can see from his numbers below that despite the injury he managed to put up a quality PPR season finishing.

Ekeler managed to turn his 145 touches into the RB 25 overall performance last season. That my friends is a bonafide RB 3 finish. Many in the dynasty community seem to have soured on the young Charger after he failed to take over the lion’s share of the role in the absence of Melvin Gordon. It would seem that Ekeler is simply a better Robin than Batman for the Chargers. That does not mean that he could not be a valuable piece of your PPR dynasty team for a modest price when compared to his production.

Other Names To Consider:

There are only so many names that can be written in one individual article. The above four listed players are my favorite PPR backs to scoop up to help your dynasty teams. Some other names that are worth exploring would be, Duke Johnson, Theo Riddick, Jalen Richard, Dion Lewis, and T.J. Yeldon. All of these players offer great value relative to their cost in PPR leagues. As we covered at the beginning of the article, do not be seduced by the label of the starter when it comes to selecting your PPR RBs. The name of the game in fantasy is points. For each reception that a PPR back gets his starting counterpart must rush for 10 yards to equal just the catch, not to mention the yards accumulated on the catch. The only titles that we as dynasty owners should concern ourselves with are league titles. These PPR RBs will help you accomplish that goal so do yourself a favor and see if you can dig up some PPR Gold for yourself.