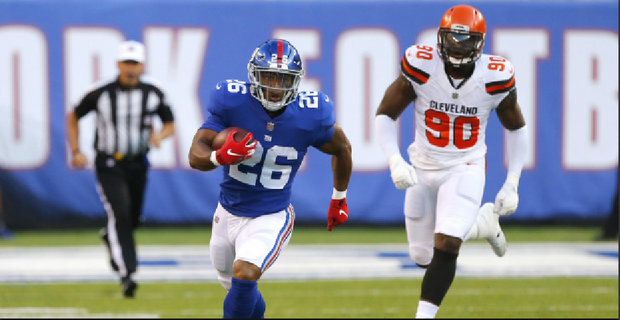 Sony Michel: The Patriots first-round pick has a history of knee injuries dating back to his days at Georgia, and he’s got a history of an ACL year dating back to high school. His most recent procedure to drain fluid from his knee occurred about two weeks ago and updates have been sparse ever since. The timetable for his return had been all over the board, ranging from 10 days to the entire preseason. His situation is one that bears monitoring on a weekly basis. 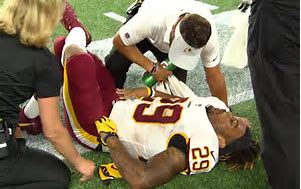 Derrius Guice: The Redskins spent high draft capital on their new starting running back out of LSU, but they won’t get to use him until next season. The former LSU workhorse tore the ACL in his left knee during the team’s first preseason game last week and underwent surgery to reconstruct the ligament shortly thereafter. As we’ve seen before, the amount of time the athlete has to recover is very important, as an ACL rehab generally takes 9-12 months. Expect Guice back at full strength in 2019 after having an entire year to rehab his knee.

Saquon Barkley: The consensus 1.01 in rookie drafts left Giants practice with an ice pack wrapped around his left leg after making an awkward catch on the sideline. It’s been reported that Barkley is dealing with a “minor” hamstring strain. Expect Barkley to miss Week 2 of the preseason. It doesn’t appear as if this is a serious injury, but I expect the New York staff to b cautious with their top draft pick. They will do their best to prevent this minor injury from becoming a major one.

Rashaad Penny: Another rookie RB taken in round one is dealing with a hand injury and a broken finger. The former San Diego State product flew to Philadelphia to see a hand specialist for a surgery on his index finger. His timetable to return was approximated at 3-4 weeks, so his availability for Week 1 is truly in question. This opens the door for Chris Carson to take control of the backfield early on in the season. 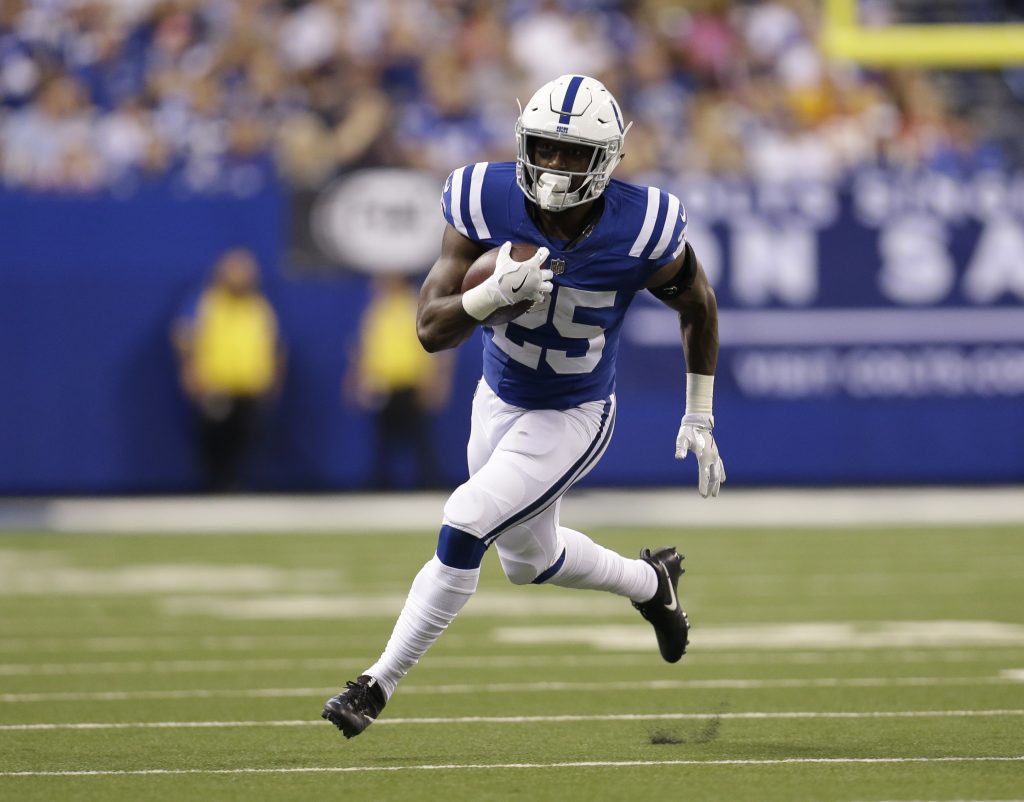 Marlon Mack: The backfield in Indianapolis is completely up in the air after Mack strained his hamstring during the first preseason game. The biggest risk of re-injury for a hamstring strain is within the first two weeks of returning to the field. As a result, the Colts would be smart to hold Mack out until the last week of preseason. Rookies Nyheim Hines and Jordan Wilkins have a real opportunity to supplant Mack on the depth chart.

Jerick McKinnon: “The Jet” gave fantasy owners a scare when he went down in practice grabbing his knee. An MRI came back clean in terms of his knee but did reveal a calf strain. This injury cannot be taken lightly as calf strains are notorious for being tough to come back from. The issue is that players often feel good walking around and doing stairs, but as soon as they go to sprint or push off their toes, they can experience a setback. McKinnon could legitimately be out until Week 1.

Matt Breida: The Niners are hurting at RB early this offseason after losing McKinnon’s backup, Breida, to a shoulder injury. He injured his AC joint, but there is reportedly no structural damage. This suggests he’s dealing with a grade I injury, which typically carries a recovery of about 2-4 weeks. Breida will likely be ready close to Week 1.