How does this rookie wide receiver class stack up to past successes of similar profiles? @FFJohnnyBGoode looks at wide receivers selected within the first 2 rounds and compares them to top 24 finishes over the last 10 years 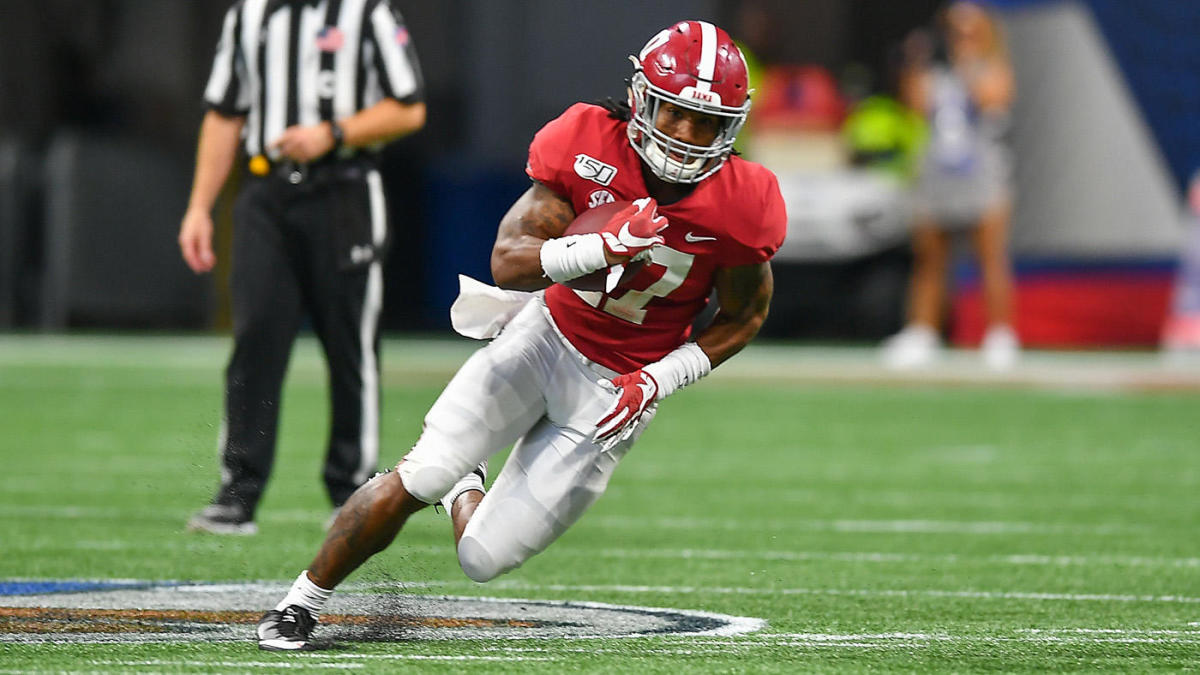 This is the time of year when dynasty fantasy football managers are scouring over the new batch of rookies. We are trying to determine who will be the most likely to find success in the NFL and likely bust. For wide receivers, the three most common metrics used by those into analytics are breakout age, dominator rating, and draft capital. Breakout age is the age at which a wide receiver achieves a 20% dominator rating in college. Dominator rating is the percentage of yards and touchdowns the wide receiver accounts for in their offense. These two metrics, with draft capital, can be valuable in profiling wide receivers that have a better chance at being a bust or having a top 24 fantasy season at the position. I will use these metrics, along with past finishes, and compare the success of those profiles to those in the 2021 draft class.

The model used in this article includes all drafted NFL wide receivers since 2010. Dominator rating and breakout age were procured from Playerprofiler.com. The following cut-offs were used for each of the metrics:

Wide receivers must meet both of these cut-offs, and have a top 24 fantasy season at the position, to be considered a “predicted hit.”

Any wide receiver who met only one or none of these cut-offs and never had a top 24 fantasy season is considered a “predicted bust.”

Wide receivers who had a top 24 fantasy season, but did not meet both of these cut-offs, are considered to be an outlier.

What the data shows:

Wide receivers drafted in the first round of the NFL draft

Wide receivers drafted in the second round of the NFL draft

Wide receivers drafted in the third round of the NFL draft

Using past profile success in this model, it’s reasonable to say that you can increase the chance of drafting a rookie wide receiver who will have a top 24 fantasy season by:

For some that may not seem like much, but what is even more useful with this information is that by drafting someone who does not meet the cut-offs for breakout age and dominator rating, you vastly increase your chances at drafting a bust. For example: drafting a wide receiver selected in the first round of the NFL Draft would give you a 50% chance at drafting a wide receiver who will have a top 24 season. If you draft someone who does not meet the breakout age and dominator rating thresholds, you increase your chances of drafting a bust to 82%.

Using past profile hits and misses, we can compare them to the profiles of the 2021 rookie wide receiver class:

What does the model tell us?

Looking at these numbers, the profile of Chase and Bateman has had the most past success of profiles in this class. Waddle, Smith, and Toney have profiles that have not been very favorable at having a top 24 fantasy season. A point could be made for Waddle and Smith that the talent ahead of them during the last 2-4 years was detrimental to their profiles. This is where you have to manage your risk and do your due diligence to research these players further.

This model is not meant to be used as the be-all-end-all for your rookie wide receiver evaluations. There are always outliers to these types of models. In this example, players who meet the threshold for dominator rating, but miss on breakout age, have hit more than those who missed on both. The situation a player is drafted into should also be taken into consideration. Using this in combination with other tools at your disposal, such as the Dynasty Nerds Film Room, will help you maximize your potential to draft a hit and avoid a bust.

Tyler Allgeier: Zach Wilson Product, Or Something More?
So, You Want to Take Over a Rebuild?