A slow start to Dwayne Haskins career may result in a giant second year leap. @Joel__Smyth shares his thoughts on one the most undervalued boom prospects for the 2020 season. 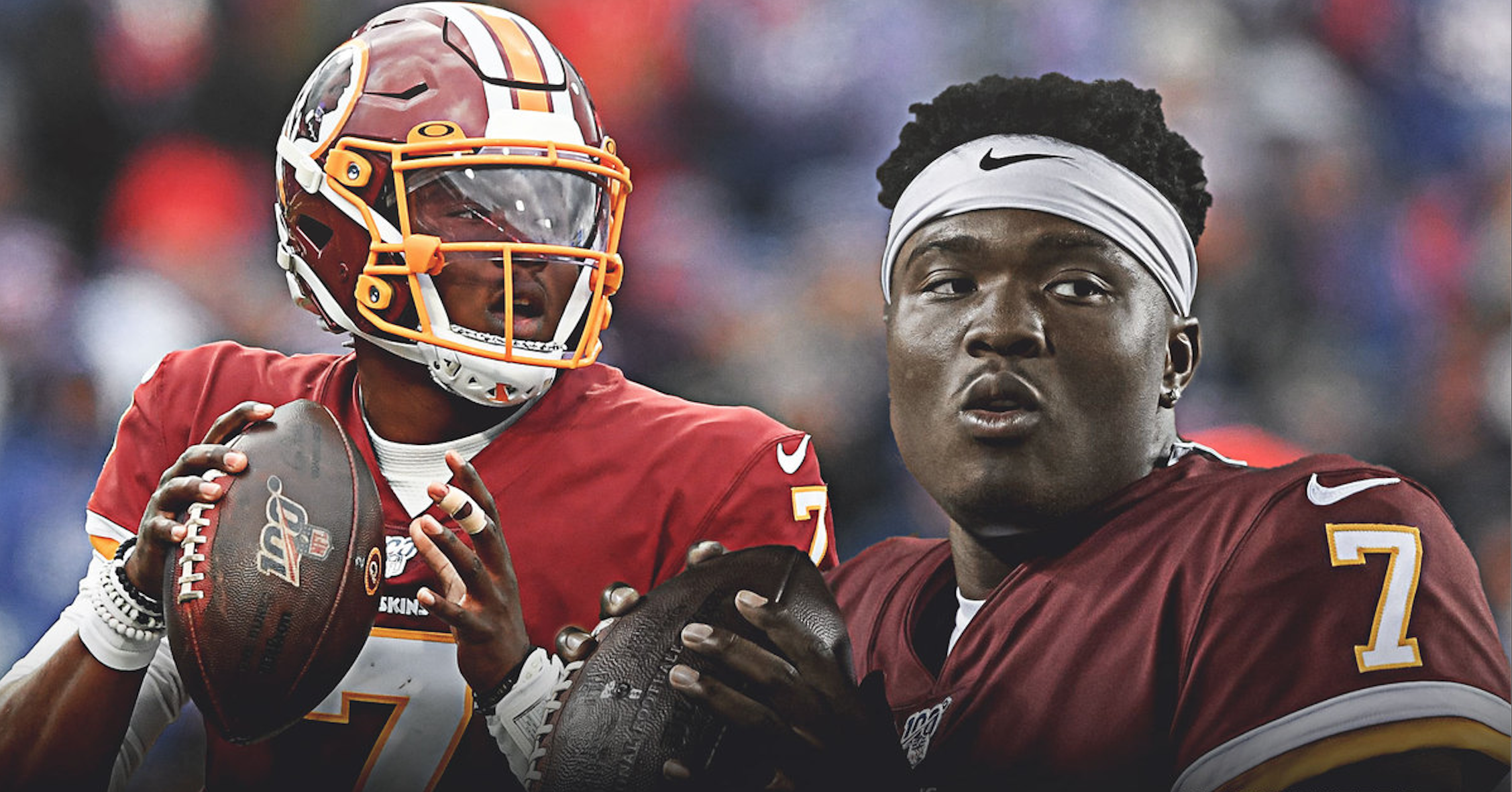 Writing Him Off Way Too Early

One year ago, Dwayne Haskins Jr. came into the NFL Draft as the #2 quarterback prospect and a top superflex rookie draft selection. Seven starts and one year later Haskins is a lower end dynasty QB3 is in most minds. But, he should be perceived as the most underrated dynasty quarterback in the league. Haskins went 15th overall just last season after being mocked by many to be a top ten selection. In his one year of play at Ohio State, Haskins threw for a ridiculous 50 touchdowns and over 4800 yards passing ending the season as a Heisman finalist. Coming into the NFL he had everything you look for in a quarterback prospect; size, accuracy, a strong arm, and the film to back up that statistics.

As Dwayne Haskins started off the year behind Case Keenum, the Redskins fell to a dismal 1-8 record. Their only win coming by one point over a suffering Dolphins team. It’s safe to say the Redskins were a terrible football team. They had very little talent before Haskins was given the keys to the offense. Following two rough performances after being thrown in mid game, Haskins started the final 7 games of the season. In those 7 games, Haskins led the Redskins to a 2-5 record in a low volume passing attack.

What sticks out from his rookie season is the final two games. The young quarterback had passer ratings of 121 and 143, put up 2 of the 3 highest point totals for the Redskins season and threw 4 touchdowns to 0 interceptions. PFF ranked Haskins 10th overall in Passing Grade for the second half of the season. Still, the rookie had one weapon to work with, Terry McLaurin.

It’s now months later and the Redskins franchise has been revamped for the future. First, Ron Rivera and Scott Turner come in as the new head coach and offensive coordinator duo. Turner has spoken out on his confidence in his new quarterback, his learning of the new playbook, and his ability to handle the pressure of NFL defenses. “You are going to make money in this league by standing in there and making throws down the field when it is tough,” Turner said. “He has shown enough of that. His eyes aren’t going to go down, and he is not going to look at the defensive line. He is going to hang in there and execute the throws down the field.”

Some may have been worried about Kyle Allen coming alongside Ron Rivera. However, the coaching staff sees Allen purely as a safe backup that knows the system. With the loss of Keenum, the Redskins had to bring in another quarterback. The fact that they bring in Allen instead of a Cam Newton or Jameis Winston should be seen as a positive.

Following the draft, the Redskins finally get more weapons to surround Haskins. Antonio Gibson, the versatile running back out of Memphis is a player I. He was selected at the top of the 3rd round along with Antonio Gandy-Golden in the 4th round for a second receiver across Terry McLaurin. Derrius Guice will be back and healthy this season to help further improve the ground game. While staying away from the team, Haskins has dropped significant weight to improve his mobility. Coming out of Ohio State weighing 231, Haskins now weighs under 220 and his body fat percentage has dropped from 17% to 13%.

The modern rookie quarterback has a higher expectation than ever before. The Haskins slander has dropped his value way too low for a quarterback with such high potential and such little opportunity given so far. This is a make or break year for Haskins. There is a strong quarterback class coming in next season, but I fully believe in Dwayne Haskins Jr. to be a completely different quarterback this season, one that we hoped for coming out of college this past season.

The Case for Dallas Goedert
Devy to Dynasty: RB’s Tier 1-3