Only two WR’s have finished as top10 ppr options in each of the past two seasons. D. Hopkins and A. Robinson. Robinson however, comes at an extreme discount. @ReflipeWThenuz breaks down the player and his prospects. 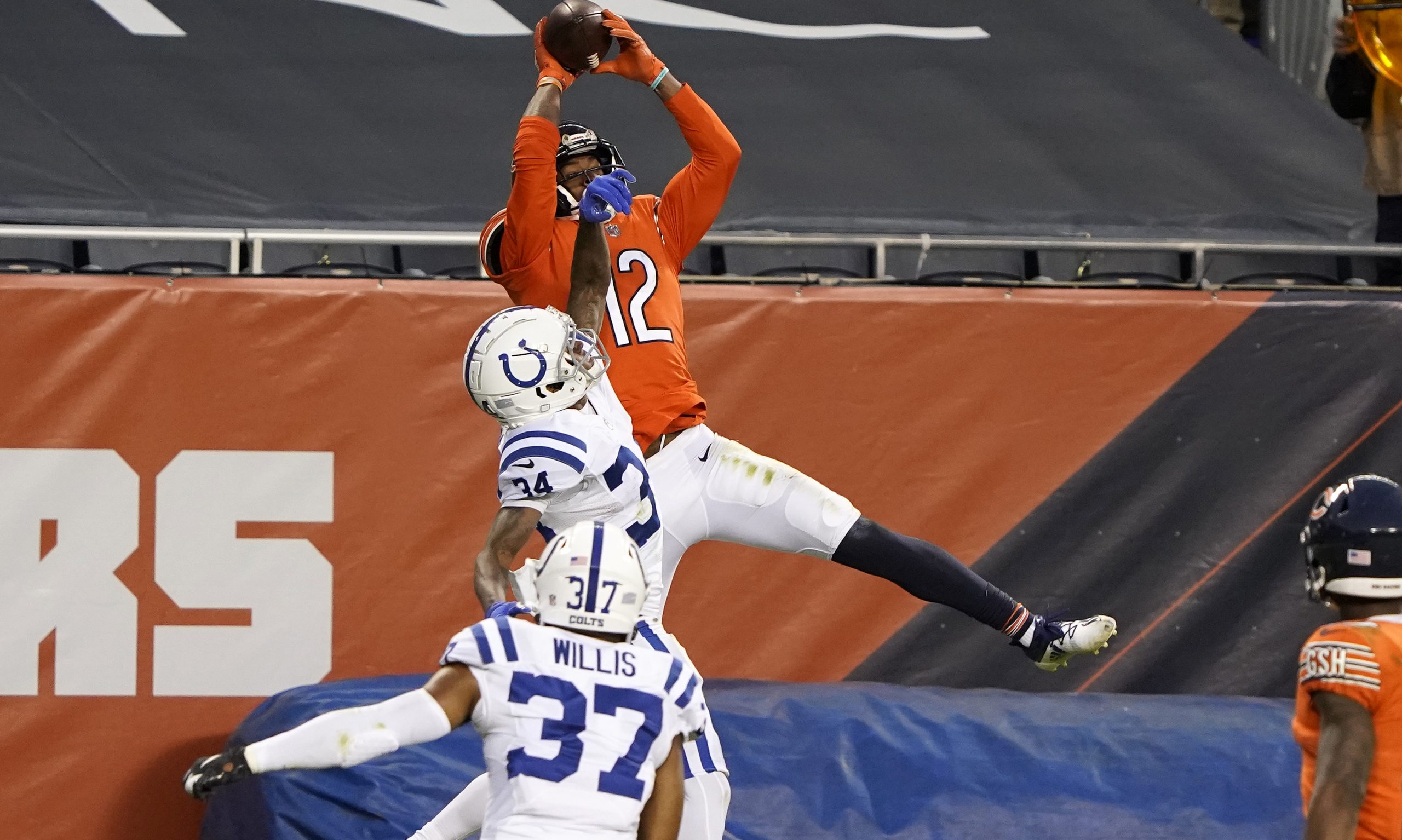 There is no more disrespected WR in the entire NFL than Chicago Bears receiver Allen Robinson. The former Penn State Nittany Lion is repeatedly one of the top players at his position yet receives very little attention from the dynasty community at large. Now he is certainly a big enough name that the majority of players know who he is. However, what if I told you he is one of only two players to finish as a top 10 ppr WR in each of the past two seasons? In case you were curious, the other player is DeAndre Hopkins. Let’s take a look at this fantastic playmaker.

Allen Robinson came into the NFL on the heels of a fantastic career at Penn State University. He arrived at Happy Valley during the final tumultuous year of the Joe Paterno era. Despite being afforded the opportunity to leave for greener pastures, Robinson decided to stick it out with Head Coach Bill O’Brien. Both sides were rewarded for this decision as Robinson flourished under O’Brian. You can see the amazing highlight film below.

Allen Robinson had an up and down run with the Jaguars to begin his career. The 2nd round pick had a slow rookie start, one outstanding season, one disappointing season, and an early-season injury. However, that one big year was a monster season, as you can see from his numbers below.

During his time in Duval, Robinson had the misfortune of playing with one of the most inaccurate QB’s in the entire NFL, Blake Bortles. Robinson routinely found himself wide open and was either overthrown, underthrown, or simply not seen at all. Through his talent and excellent work ethic, he managed to take over the mantle of top WR from his former teammate Marquise Lee who was drafted ahead of him. On the occasions that his QB did manage to get the ball to him accurately, Arob was special. He routinely makes use of his large frame and excellent leaping ability to high point the ball and takes it away from defenders. You can see his profile below.

After tearing his ACL in his final season in Jacksonville, the Jaguars seemed unwilling to match the top offers Robinson received on the open market. The Bears swooped in and signed away the talented playmaker.

Over the past three seasons, the Chicago Bears have made excellent use of their no.1 WR. The Bears signed the talented playmaker in free agency after Robinson priced himself out of Jacksonville’s range. The Bears have leaned heavily on Robinson since bringing in the talented playmaker on a three-year 42 million dollar contract. In his first season, you could tell that he was still rounding back into shape following the devastating knee injury that ended his time with the Jaguars. At the end of his first season in Chicago, Allen Robinson put up a Chicago Bears playoff record 10/143/1, including a late reception that put the team in a position to kick a game-winning FG.

Since that game, Robinson has turned back into a true #1 alpha, finishing as a top 10 ppr WR in each of the last two years. Following a successful three-year run, Robinson was scheduled to hit free agency this offseason. The Bears nipped that in the bud by applying the franchise tag before the start of free agency. Whether playing his craft in the Windy City or elsewhere, Allen Robinson is one of the best values in dynasty at the WR position. He currently hasn’t signed his franchise tag. However, you can see from the highlights below exactly why the Bears do not want to lose their #1 playmaker.

As I mentioned above, Allen Robinson is a screaming value in dynasty. No, he is not a cheap player to acquire by any means, but just look at the cost discrepancy between him and the other wide receivers to finish top ten in each of the past two seasons. DeAndre Hopkins will cost you significantly more than Arob. In the most recent Dynasty Nerds rankings, Hopkins comes in at WR3 while Robinson checks in at WR17 behind numerous players he routinely outscores. Arob is a year younger than Hopkins and was only outscored by Hopkins by a combined 39.5 ppr points over the past two seasons combined. Both players are elite at one on one contested catches, as the PFF stat below indicates.

Most contested catches vs. single coverage since 2018:

In closing, I find Allen Robinson to be one of the best Win-Now buys in Dynasty football. He routinely finished as a WR1. He has also proven that it does not matter who is throwing him the ball. From Blake Bortles to Mitchell Trubisky and Nick Foles, he has proven he can put up numbers with average QB play. With the recent news that Chicago is bringing in Andy Dalton, the price on Arob may have even dipped a little lower. There is also an outside chance that Chicago could trade the talented playmaker, and he could find himself in a better spot. No matter where he is, he will ultimately produce as he always does. Do yourself a favor, go out and acquire this WR1 for high-end WR2 prices.

Thank you for reading this article! Please be sure to join the #Nerdherd, so you don’t miss out on any of the amazing things we have to offer Dynastynerds.com. You will get rankings, extra podcasts, and access to our rookie film room. For just a couple of bucks more, you can get access to our revolutionary DynastyGM tool. So much for so little, why miss out on all the fun. Follow me @ReflipeWThenuz for more dynasty content and other musings.

Intro to Dynasty Vol. 2: The Startup
2021 My Guys: Jonathan Taylor