R-E-L-A-X: There is No Reason to Sell Davante Adams

The rocky relationship between Aaron Rodgers and the Green Bay Packers is causing owners to panic sell assets. But Davante Adams is not a player you should be worried about. 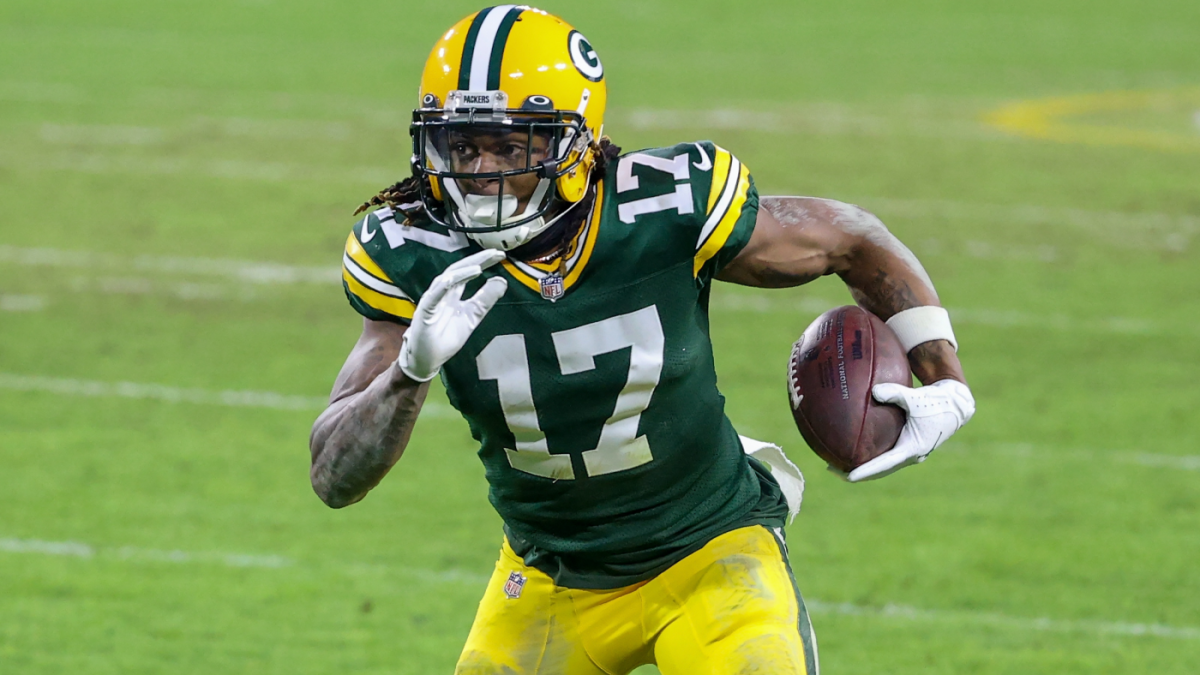 The biggest story of the 2021 NFL offseason has certainly been the ongoing media fight between Aaron Rodgers and the Green Bay Packers. NFL fans everywhere are hanging on every report to see if Rodgers will continue to play under center in cheese country.

The impact of Rodgers going to a new team would send shock waves through every dynasty league and up the value of the receivers and backs on the QB’s new team. Meanwhile, many owners of Packers players are starting to worry about what will happen to the guys Rodgers leaves behind.

While names like Robert Tonyan, Marquez Valdes-Scantling, Allen Lazard, and even Aaron Jones are players that I would be worried about if I owned them, the one name I have been shocked to see on trade blocks now is Davante Adams.

While Rodgers departing Green Bay could be a scary thought for Adams owners, you should not be panicking if you own the best fantasy wide receiver from the 2020 season. There is plenty of reasons to still believe Adams can be a WR1 whether or not Rodgers stays in Green Bay.

The argument that Adams will not be as productive without Rodgers has very simple logic behind it: a receiver will see their numbers go down without an elite quarterback throwing him the ball. But we do have an extended period of time that we can look back on to have some idea of Adams’s output without Rodgers.

In week 6 of the 2017 season, Rodgers broke his collarbone in the first quarter against the Minnesota Vikings, leaving him sidelined for almost the entirety of the rest of the season. Into the game entered Brett Hundley, Rodgers’s backup, who had never started an NFL game and never would again after the 2017 season.

In total, Hundley was Adams’s quarterback for 8 games in 2017; compare this to Rodgers being with Adams for 6 games. Here is the split in Adams stats between the two QBs:

With Hundley, Adams averaged more receptions and yards per game, while his touchdown total of ten on the season was evenly split between the two quarterbacks. This all with a quarterback who has not seen a single start outside of this one injury-destroying season for Rodgers.

In fact, with Hundley behind center, Adams averaged 8.88 targets a game compared to 7.66 with Rodgers in 2017. Adams has averaged 8.43 targets a game in his entire career. It’s almost as if a not-as-capable quarterback will depend on an elite wide receiver more and give him more targets.

Whether you are worried about Rodgers being back in Green Bay or not next year, it does not change the amount of talent that Davante Adams has as a receiver. He has excelled and become a perennial WR1 in dynasty football with Rodgers as his QB, but we can see that Adams still found success when he didn’t have Rodgers throwing him the ball.

Allen Robinson has been a top-ten wide receiver the last two seasons with Mitchell Trubisky, Nick Foles, and Chase Daniel as his QBs. People still mock the talent of Kirk Cousins (don’t count me in that group), but Justin Jefferson and Adam Thielen were top 10 WRs in 2020. A Hall-of-Fame-level quarterback is not imperative for a great receiver to produce great fantasy numbers.

When push comes to shove, Adams is going to produce no matter who is throwing him the ball. He is simply that good of a receiver. If Rodgers did leave Green Bay, you may be worried that someone like Blake Bortles will be the starter this coming season. How could Adams ever survive with him as his quarterback?

A great receiver will stay great, oftentimes in spite of his quarterback. In fact, an argument can easily be made that a bad quarterback will target and rely on a premier receiver even more.

Great quarterbacks can lift an average receiver to new heights for you as a fantasy owner, but a true number one wide receiver will produce no matter who is throwing him the ball.

If you are lucky enough to already have Adams on your team, take a tip from Rodgers: R-E-L-A-X. There is no need to panic sell a 28-year-old who was the number one fantasy wide receiver a season ago (even though he missed two games).

If you are not an Adams owner and someone in your league has put him on the block or offered you a deal, you should absolutely be considering it. Adams is worth at least two first-round picks and a WR prospect from a team looking to add him to go on a championship run. Some owners are landing him for less right now.

Players like Adams do not come around in every rookie draft. A true WR1 that is locked in as a producer of 15-20 points every week in PPR format is a luxury for any team to have. Don’t panic sell Adams if you own him. And if you don’t own him, see if another owner is actually willing to trade.

Capitalizing on another owner’s panic could put you in prime position to be at the top of your league in 2021.

Whatever Happened to Josh Rosen?
The Art Of The Reboot