With the 2021 schedule out, @FFB_Vern uses 2020 NFL RBV data to project rushers with the best schedule. 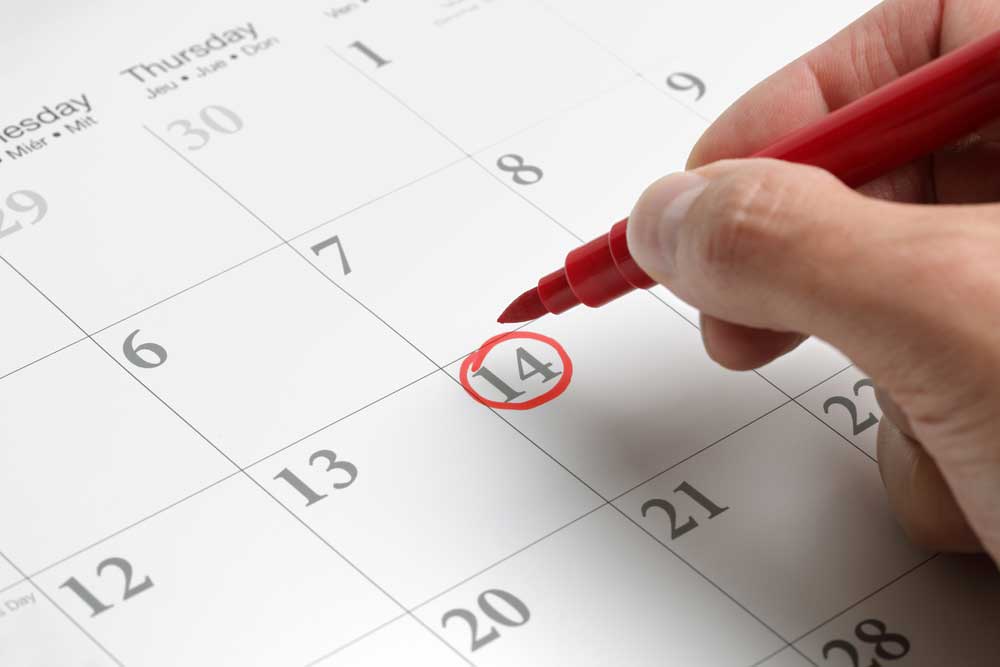 The NFL schedule has been released for 2021, and it has spurned many articles. Articles on win-loss projections, win total betting lines, and the strength of schedule projections. I wanted to give one additional perspective using RBV (Running Back Vision) data.

While this analysis for strength of schedule analysis is through the lens of 2020 RBV data, the truth is that many situations have changed through free agency and the draft. With that said, there is still some value in looking back to project forward. Let’s start with the overall team analysis then look at individual rushers in schemes.

For this analysis, the offense’s 2020 RBV score was compared to the defensive scores of each opponent on the 2021 schedule. The comparison was then averaged over the whole season on an overall basis as well as per scheme. The top scores in each scheme were cross-referenced with the team’s frequency of employment. With this, a determination of upside has been projected for the season.

This is probably unsurprising as this is a byproduct of Dalvin Cook‘s rushing prowess and the Viking’s heavy lean on the run (eighth in rushing attempts). Cook had the best overall adjusted success rate (ASR) among rushers with over 100 carries observed. My confidence in this projection is 90%, especially since fellow Viking Alexander Mattison had the highest overall ASR on 68 observed carries.

Antonio Gibson has been described as ‘raw,’ but what could he do with some refinement? Let’s say he successfully refines his rushing, the consider the defense. Most of you understand the synergy and correlation between rushing attempts and stout defense. We should all be excited about Gibson’s matchups in 2021, despite the presence of gunslinger Ryan Fitzpatrick.

There have been many shifts on the offensive line and a change at QB, but watching Akers’ tape towards the close of last season has me believing his total upside. With receiving weapons in Woods, Kupp, and Jackson, Matt Stafford should provide plenty of light boxes for the RB group. Some unknowns exist, like the number of opportunities that Darrell Henderson might get and how Tutu Atwell may factor in, but Akers should get the bulk of the work.

We know the coaching staff loves to run first, much to the demise of their relationship with the ‘cook’ that is Russell Wilson. Even if they decide to taper the skew in favor of more passing, this rushing attack could be very tasty for RB production on the ground. Now, if only Chris Carson could stay healthy…

A surprising showing in the top five is Arizona who recently acquired James Connor. The Cardinals quietly decided to emphasize the run with the sixth-most attempts by a team in 2020. Sorting out this backfield may appear to many as undesirable, but identifying the right back could be quite the edge with a favorable schedule. When breaking them down by scheme, it appears Chase Edmonds has the advantage. Buy him now while this uncertainty lasts. Arizona ran inside zone nearly 45% of the time, and Edmonds ranked fourth among RBs in the scheme (min. 60 attempts charted). Stack this on top of Arizona’s fifth-best strength of schedule for inside zone, and we may have a sleeper of sorts.

We can potentially find more value on the ground by looking specifically at the runners themselves. To do this, a similar approach was taken. The running backs are selected based on a high frequency of attempts in the scheme and top-10 success. If their respective teams were also top-10 in the strength of schedule projection as determined by RBV ASR in the scheme, they made the list.

Starting with inside zone, we already mentioned Chase Edmonds above as a legitimate ‘buy’ target. The other running back to look at is also one that is being significantly devalued right now. Miles Sanders had a down year last season, but many things contributed to that, including four fewer games. He was actually more productive on the ground, but he suffered in the passing game.

Now that he is in a crowded backfield with Kerryon Johnson, Jordan Howard, Boston Scott, and rookie Kenneth Gainwell, it seems his total opportunity share is threatened. Please take advantage of all of these factors suppressing his value. Sanders is still, without question, the best runner in that backfield. He should focus on his ground game, bringing the seventh-best ASR (Adjusted Success Rate) to the eighth-best schedule for the scheme. Beyond the running game, we must consider that Gainwell’s presence may push Sanders to step up his receiving game. Hidden upside like this is why I love buying unreasonably suppressed assets. It’s just a bonus that he is on my favorite NFL team.

In the second half of last season, Chicago appeared to lean on David Montgomery much more consistently with either 17+ carries or 100+ rushing yards in the final eight games. Chicago has the fourth-best schedule for inside zone, and the Bears run it ~38% of the time. Keep in mind, no moves were made to threaten his opportunity in the run game. If they can commit to the run game more with more even game scripts due to improved QB play, then Montgomery could be a nice underrated option in 2021. Justin Fields could enhance Montgomery’s production in the way that many other mobile quarterbacks have done for their running backs in the past.

The outside zone analysis revealed good schedules for a couple of known studs in Alvin Kamara and Nick Chubb. There is no need to pontificate on them. There are other backs that deserve our attention though.

As mentioned above, Rams RB Cam Akers showed out in three of his final five games in 2020. His athleticism was never really in question, but for me, there was a concern of rushing discipline entering his rookie season. He had the highest ASR in outside zone of any running back, with at least 25 attempts charted. With the Rams schedule being the third-best in 2021 in this running scheme, he should continue to impress.

One major concern is his durability. Last season he was eased into play due to inexperience and rib issues. He also missed the most important week in fantasy: championship week against the second-worst defense versus Outside Zone in the Seahawks. If he can stay healthy, he could be a slightly undervalued asset in 2021.

Interestingly enough, the Buffalo running backs showed up at the top end of the analysis. Zack Moss and Devin Singletary were ranked sixth and eighth in outside zone ASR (min. 20 carries). The upside for either rusher is minimal due to Josh Allen‘s rushing, especially in the red zone. The thing is, neither of these guys will cost you much, but the matchups (fourth-best schedule) could allow the Bills to lean on the running game more. If this becomes the case, then the upside becomes more real. It may feel gross, but if you own both and one goes down with an injury, you are probably sitting pretty.

Derrick Henry is being mentioned here because of his atrocious ASR in outside zone. Coming in at 21st among backs with at least 20 outside zone carries, I had acknowledged an old truth: volume is king. His low ASR was initially shocking to me, but his carries exceeded the next runner by at least 50. RBV ASR is absolutely no substitute for volume, but it is a great metric for assessing fit and breaking ties between runners with similar volume.

Many fantasy football content creators have recommended moving Henry this offseason. It is a shrewd move that will require finding the right trade partner. You must also be ok with losing that production. His kind of usage should be scary for any manager who has him. Henry is not a cyborg or Wolverine, and the attrition of hits will catch up soon enough. While I recommend moving him, we should wait until we know we are out of contention. Try to move him as close to the trade deadline as possible.

Zone run schemes dominate the league these days. In fact, only six teams ran zone less than 50% of the time. The truth of the matter is rushing offenses often blend man and zone blocking concepts. There are some great matchups in 2021 for teams with a heavier lean toward man blocking concepts.

When we think of Austin Ekeler, we think about him in the receiving game. This is ‘icing on the cake’ for a runner as effective as he is in Gap runs. The Chargers run game uses Gap blocking the second-most in the league in 2020 at around 36% of the time. Ekeler was the most effective runner in the scheme (min. 20 attempts), and gap attempts accounted for 40% of his workload.

What can we expect of a healthy Austin Ekeler in 2021? With the second-best strength of schedule for gap running, we should expect better production. Not only will he play more games, but he got a major upgrade at left tackle in Rashawn Slater. Additionally, since gap scheme was favored by the Chargers and Joshua Kelley was significantly less effective, there is no one to challenge Ekeler for touches legitimately. Larry Rountree joined the Chargers after being drafted in the sixth round, but based on his RBV for 2021; he has not shown to be a fit for the Chargers scheme.

It seems that I got my landing spot predictions for Najee Harris and Javonte Williams backward. The Steelers selected Harris with the number 24 pick, and they surely got a special player. Najee could have a nice breakout season given the Steelers propensity to run behind gap blocking near a third of the time. Harris was third among incoming rookies in gap ASR and second in power ASR. This will mesh well with power running accounting for ~22% of the Steelers’ 2020 rushing volume. Pittsburgh has the second-best schedule for gap running and the fourth-best for power. If it wasn’t obvious that Harris had the best chance to be the most productive running back in this class, it should be now.

Excitement for the 2021 Season Builds

All we can do now is wait, keep our ears to the ground, and hope that all news for our players is good news. The schedule won’t change, but if you hear anything about a scheme change, it could change the projections.

Keep an eye on values for veterans and rookies alike using the DynastyGM tool. Use it to craft trades for some of the RBs mentioned above with upside. Continue following me @FFB_Vern for insights and articles.

What do you need to win your week tonight? #MondayNightMiracle 🍀🤞

What is your first impression of Najee Harris' rookie season?

⬇️All Touches vs the Bengals⬇️

Do you think this season could be Michael Pittman Jr.'s breakout?

⬇️All Targets vs the Titans⬇️

What's your projection of Joe Mixon rest of season?

⬇️All Touches vs the Steelers⬇️

Are you trading for Chase Claypool? Or is this a good trade-away window?

⬇️All Targets vs the Bengals⬇️

Whatever Happened to Josh Rosen?
Are We Really Buying Mike Davis in 2021?