Elite 11 is the premier competition for high school quarterbacks across the nation. @DevyCramps recaps the highlights of the 2021 event. 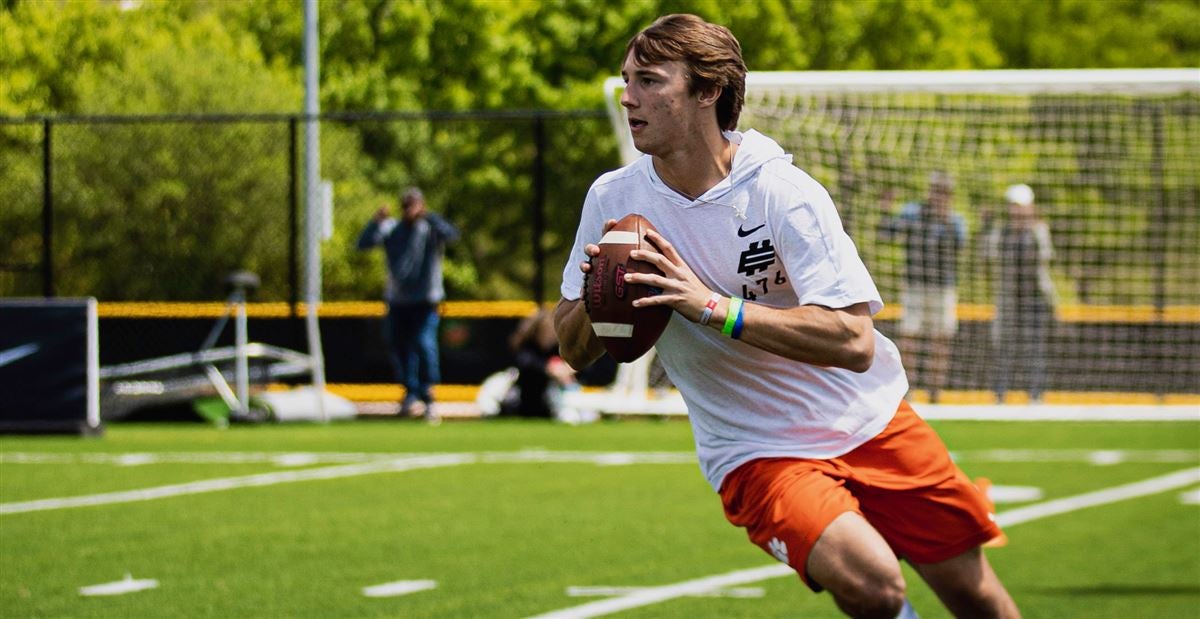 Twenty quarterbacks from across the nation participated in the annual Elite 11 competition this past week. They were selected after showing off their talent at regional camps.

The Elite 11 is the premier quarterback competition for college recruits in the country. It’s one of the best chances for devy/C2C players to get an early look at the next crop of CFB Quarterbacks.

Cade Klubnik, 4-Star Clemson commit, took home the Elite 11 MVP honors this year. Klubnik surprised evaluators in camp, looking confident and impressive throughout every drill. He wouldn’t let up, dominating during all three days of the competition.

Klubnik won the accuracy competition on the first day and placed third in the mock Pro Day on day two. He performed well enough in the final day’s 7-on-7 and all of the other drills throughout the competition to hold on to the #1 spot.

Luther Richesson, an uncommitted 3-star, raised his stock during the competition. Richesson is an interesting case. He has no social media, doesn’t attend many camps, and doesn’t report his offers.

His ranking may reflect his lack of exposure rather than his lack of talent. He more than held his own against the top competition in the country.

Richesson won the camp’s Pro Day challenge on day two. This event should certainly bump his stock and help him get some more offers from prestigious programs.

Big-time performances Thursday night at the Pro Day workout of the #Elite11 Finals are led by Luther Richesson out of Lipscomb Academy (Tenn.) 🏈🎯 pic.twitter.com/nCNGNTcDB6

Many expected Ohio State QB Quinn Ewers to win the competition easily. Ewers currently has a perfect 1.0000 score on 247, tied for the highest-rated QB recruit ever. Don’t let this event sway you off Ewers.

While the rankings are partially based on high school tape, the competition is three days of guys in t-shirts, mostly throwing against air. Ewers is still a stud, and he was still one of the top finishers. He’ll undoubtedly be one of the top picks in all devy and C2C drafts next year.

Here’s the list of the final Elite 11 (or 12), listed alphabetically:

Don’t get too excited about any of these guys, though. They’re still a minimum of four years away from the NFL Draft. Some of them will be great college producers. However, the chances that more than a couple of them become fantasy relevant in the NFL is little to none.

Devy: Wide Receivers On The Rise
Top 10 Underclassmen RBs for the 2022 Draft