Risers and Fallers; A Combine Debriefing 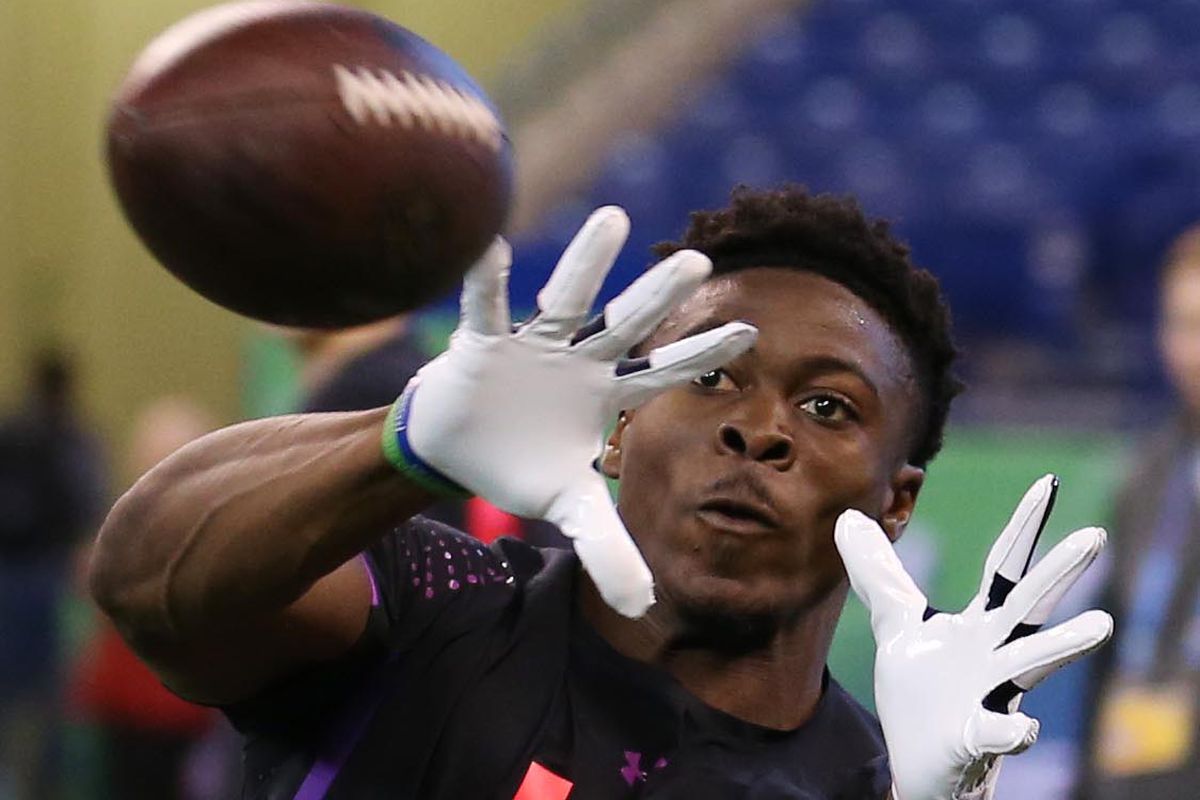 Another chapter is complete in the scouting season. Now, all that’s left are pro days, team visits and the April draft. With that, let’s review whose stock is up and whose is down following the NFL Combine 2018.

Back in December, before Walter Football, before Draftwire, before CBS, and before Drafttek even listed him as a draft prospect, Dynasty Nerds was there for you, providing the scoop on D.J. Moore. Arguably, no prospect not named Saquon Barkley had a more impressive combine showing. The Maryland standout showed burst, with the longest broad jump of the receivers and running backs, explosion, with a 39.5 inch vertical, and breakaway speed, with a 4.43 forty yard dash. The days of thinking you can grab Moore in the second round of rookie drafts are likely over. Landing spot notwithstanding, Moore is locked in as my top receiver in this class.

While I still contend that this receiver class has no blue-chip prospect, I’m starting to believe that there are a number of players with the potential to be plus secondary options at the next level, on the spectrum including players like Robby Anderson, Tyrell Williams, and Mohamed Sanu. Jester Weah is one of the prospects that has me believing after running a 4.43 at 210 pounds.

Weah was a late bloomer and is a slightly older rookie at 23 years old. But he has the speed to burn. After doing nothing as a freshman and sophomore at Pitt, Weah averaged over 20 yards a catch in the last two years, a stat that ranks in the 95th percentile amongst collegiate receivers. These were not just deep balls. Standing a little over 6’2, Weah has demonstrated an ability to grab the contested catch, beat defenders deep and take the slant to the house. His is a name to remember come April.

The most significant aspect of the combine for Callaway was not televised, that being the interviews. After dealing with legal trouble throughout his time at Florida, Callaway has to convince teams that those days are behind him. Once thought of as having early-round potential, now, if Callaway gets selected in any of the first five rounds, to me, that is an indication that the selecting team thinks very highly of Callaway’s potential.

If nothing else, Nall proved to be a big frame with nimble feet. Standing 6’2, 232 pounds, Nall added a sub 4.6 forty yard dash with three cone and short shuttle times that were better than the respective times for Nick Chubb and Nyheim Hines, Hines is one of the fastest men at this year’s combine. It’s not certain what roll Nall will have at the next level, whether that be as a running back, fullback, tight end or some combination of all three. Whatever it is, Nall showed that he has the size and athleticism to be a valuable piece.

Whether Bo Scarbrough had the size to be an NFL back was not the question. Like Derrick Henry before him and Najee Harris after, Scarbrough was made in the Alabama mold of the tall, thick-build, between the tackles powerhouse. What was not so certain was Scarbrough’s athleticism. To his credit, the former Crimson Tide back posted solid all round numbers including a 4.52 forty, a 4.34 short shuttle, a 40 inch vertical, and a broad jump of 10.75 feet. All this at 228 pounds. At this point, don’t be surprised if Scarbrough replaces Ronald Jones in the first round of dynasty rookie drafts.

Although only relevant in IDP leagues, I’d be remiss not to shout out Griffin, who continues to defy the odds at every juncture. After not initially receiving an invite to the combine, Griffin blazed the forty yard dash, posting an unofficial time that would rank third of all combine participants if it stands. In addition, Griffin repped 225 pounds 20 times while wearing a prosthetic hand. Griffin is an easy player to cheer for, but he’s no charity case. NFL front offices should think long and hard before passing on one of the best athletes and players in this draft.

205 pounds is not terrible, but a 4.66 forty yard dash at 205 pounds is about as bad as it can get for a player whose penchant was supposed to be speed. Word is that Jones aggravated a hamstring injury while training for the combine, only to strain it again in the middle of running the forty. With Sam Darnold having decided against throwing at the combine, Deontay Burnett not participating and Jones pulling up lame, there is now plenty of reason to watch USC’s March 21 pro day. At 205 pounds, Jones needs to show speed, lateral agility, and decent hands in order to make it as a team’s change of pace option. But make no mistake, a change of pace option appears to be Jones’ ceiling. In the meantime, look for Jones’ post combine dynasty rookie draft ADP to slide, making him a potential value in rookie drafts taking place before the NFL draft.

Adams managed to hurt his stock while only participating in the weigh-in and bench press. At 6’2 and just 213 pounds, Adams’ BMI does not fit the profile of the bruising back he was considered to be. After the weigh-in, the perception was that Adams dropped weight in order to test better in the forty yard dash. But after deciding not to run the forty, it’s difficult to avoid the conclusion that Adams is simply thin and slow – a product of a Notre Dame offensive line that featured two first-round prospects.

Goedert is a faller only by comparison. Penn State tight end Mike Gesicki dominated the combine. Gesicki, Goedert and Oklahoma tight end Mark Andrews are considered candidates to be the first tight end off the board. Goedert sat on the sidelines for combine drills while Gesicki went on to post a better SPARQ score than any of the tight ends in the 2017 class including Evan Engram, David Njoku, and O.J. Howard. Goedert will enter the 2018 NFL draft without participating in the Senior Bowl or NFL Combine.

Ridley’s combine showing was masked by a solid forty time of 4.43 seconds. But as a whole, Ridley left much to be desired. Ridley posted a z-Score of – 1.5. To put that in context, that means that Ridley tested about 35% less athletic than even the average NFL wide receiver. Yikes! Ridley will be an excellent test subject as the film v. analytics debate wages on another year.

The legend is that former Seminole Deion Sanders arrived at the 1989 NFL combine in a limousine, that he walked onto the field to the starting line of the forty yard dash, ran a time somewhere in the 4.20s, and that he ran straight off the field back into his awaiting limo. With no limo, Auden Tate did a less flamboyant version of the same thing, running only the forty and not participating in the agility drills. The only issue is that Tate ran like a very athletic offensive lineman, not a stud wide receiver.  Tate’s 4.68 time was bested by every wide receiver that tested and at least four tight ends.

Tate’s saving grace will be his size. At 6’5 and nearly 230 pounds, Tate has the potential height mismatch.