Rising IDP’s to GET NOW!

With IDP leagues on the rise, @piccoloFFIDP brings you some rising IDP players. 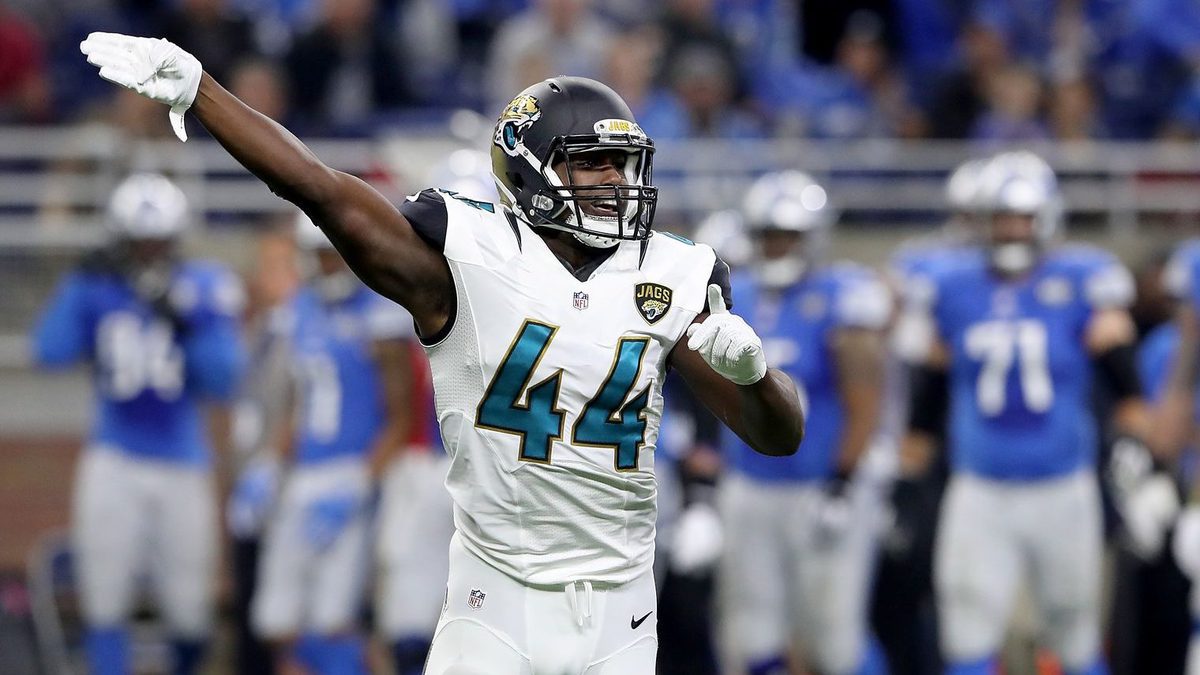 Preseason games are critical in the NFL, and now we know it; the number of injuries is atrocious in every sense of the word surrounding your body and soul with apprehension as if your reading a Game of Thrones book. Afraid to turn the page because no character/player is safe. This same feeling arises when your opening up fantasy lineups on Tuesday morning to see the horror that has unfolded throughout the fantasy universe. Don’t worry; you’re not alone; we all have taken hits (trust me, I have 53 leagues), but thankfully we have IDP that gives us a  glorious outlet. The following IDP players had low ADP that slipped through the cracks because no one knew how their team would use them or have been slow to be relevant and caused an uptick in fantasy relevance in turn.

I have to start with the man I have been preaching about all offseason and have consistently caught flack for, which is fine by me. I’m a JAG fan! Myles Jack has moved to Weakside Linebacker for those of you that missed the memo. In the IDP123 Scoring Format, Myles is #7 overall Yes, you read this correctly #7. Having double-digit tackle weeks (11 tackles for both games) to begin the year being a heat-seeking missile flying from sideline to sideline while bringing the blitz and playing exceptional coverage. BUY! BUY! BUY!

My goodness, now we knew he was taking over the role of Jamal Adams, but I didn’t even see this leave of production from him. That doesn’t mean I’m buying like I would Jack because he will be taxed for still some uncertainty. Nonetheless, if he is on the waiver wire or someone is foolishly shopping him cheap, get some. It seems like the Flordia product is the man in the secondary as he registers as the #2 overall IDP player.

Tennesee safety has been a middle of the road player throughout his career. Right now, he is playing a critical role in the Titan defense, more so than many expected to come in at #5 overall. I personally like Maye a bit more than Vaccaro for dynasty buying purposes. However, Vaccaro is available on the waiver wire, and he is still cheap with the argument he may not keep this up, but I feel a DB2 going forward from the way he was playing with such high intensity.

Undrafted in most IDP leagues because you didn’t know who was going to be the new Cory Littleton, and rightfully so with the way 2020 has gone. He is not a secret anymore better get why the getting is right; he is here to stay in the Rams defense with that unique defensive line in front of him. Coming in at #6 in the IDP123 Scoring after Week 2 is safe to say a surprise for most. I’m sure there is still league out there where he is sitting in the wings, or someone took an offensive hit and needed some help in a wrong way and can be a throw-in, but in reality, it is a blue-chip grab. BUY! BUY! BUY!

Let’s talk about a rookie, and no, its not Patrick Queen or Chase Young. Antione Winfield Jr., please come on down and have them all take notice on your #1 IDP overall performance after two weeks of the season. I was lucky enough to buy plenty of this young man when the getting was good. He will be used all over the field in the Tampa defense, and he fits in with the culture entirely. Top 10 IDP DB is possible for this young man next year and TOP 20 for sure this year as a DB2. BUY! BUY! BUY!

Your dynasty team needs rising players like these to prevail in the long run. Just the tip of the iceberg of IDP content; I will bring it to you every week. Breaking down IDP players weekly to keep you on top of your IDP game is paramount for your Championship runs later in the season.

Start players that are playing earliest in your positions spots put the players in the later games into your flex position. You never know what could happen, especially right now, if a player will be playing or not right directly up to the day if not the hour before kickoff.

Good Luck, may your players stay healthy! Reach out on Twitter and tell me some additional players you are adding in your dynasty leagues. The  DynastyGM tool is changing the way fantasy players manage their teams. Get a free trial here.