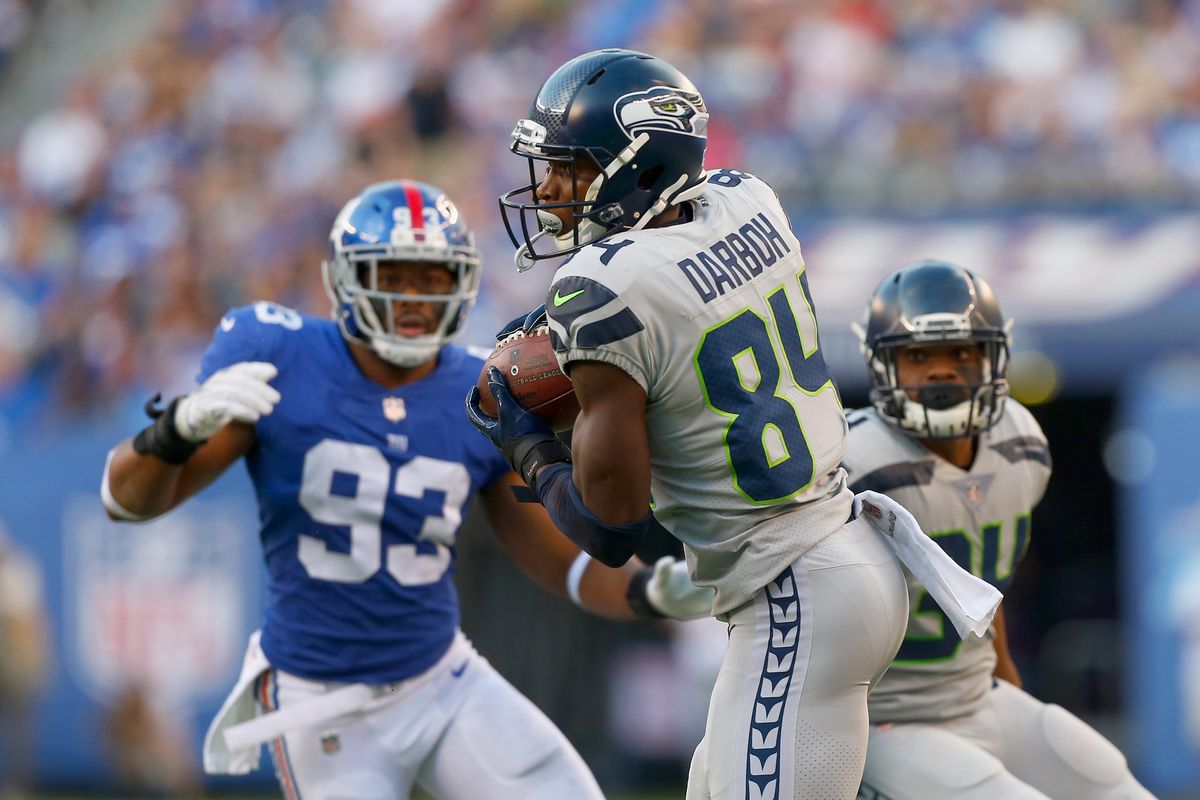 In recent times, the Seahawks have seen Paul Richardson, Jimmy Graham, and Luke Willson depart for green pastures. The Seahawks have lost the most targets, 3rd most receptions, and most receiving TDs out of all teams since the end of the 2017 season.

This lends opportunity for someone to step in as a favorite target for Russell Wilson, and a chance to be the number 2 behind Doug Baldwin. The Seahawks didn’t add too many stellar receiving options. They signed Ed Dickson and Jaron Brown, but neither are reliable. Tyler Lockett has returned but he has never filled me with confidence and he had quite a poor 2017. This leads me to wonder if Amara Darboh can step up.

Part of the reason he intrigues me so much is his size. With so many Targets and Touchdowns out the door in Seattle, it makes me wonder if they’ll turn to him early and often in the Red Zone. He measures in at 6’2” 214 pounds with long arms and big hands. The 2017 3rd round pick out of Michigan didn’t have a stellar rookie season as he only garnered 182 snaps and reeled in 8 catches for 71 yards.

He also didn’t have a prolific college career….his stats can be seen below:

However, his athletic profile gave him some pre-draft hype. At his size, Darboh ran a 4.45 40-yard dash, with a 92nd percentile speed score and a 77th percentile catch radius. His biggest flaw is his catching skills as he’s an evident body catcher. He seems a lot like a jack of all trades, master of none type player similar to Terrence Williams. So, I have my doubts that his ceiling is very high, but when there’s opportunity, there’s interest.

Despite his flaws and lack of upside, I feel as though Darboh looks better on tape. Something about him just looks good. He just seems like a good football player despite what the stats may show.