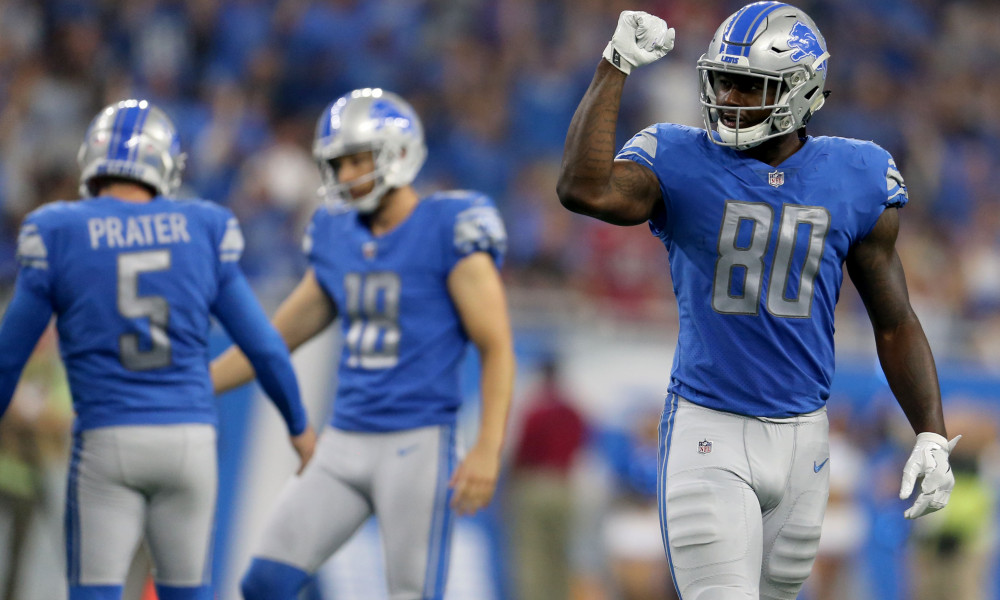 220 snaps were all that was granted to Michael Roberts in his 2017 rookie season. He’s about to blow that number out of the water in 2018. His value is trending directly upwards after Eric Ebron (released) and Darren Fells departed in free agency. They were merely replaced by Luke Willson and Levine Toilolo; neither of whom has proven to have an ability to be a consistent receiving threat. Lions GM Bob Quinn has vocalized that Roberts is the in-house replacement for Ebron and is bound to take a 2nd-year leap.

I’m a huge Matt Stafford fan. The Lions don’t tend to ground and pound in the red zone, and it’s not as though Marvin Jones and Golden Tate will catch 30+ TDs. The Lions could really use a physical red zone presence for Stafford to target. That is precisely where Michael Roberts thrives….

The 2017 4th round pick stands at 6’5”, 265 pounds and reeled in an incredible 16 TDs during his final season at Toledo. The former college teammate of Kareem Hunt now has a chance to excel on a team with new HC Matt Patricia, who comes from a team who loves their TE…Gronk…cough cough. A breakdown of Roberts’ college stats can be seen below:

Roberts’ first year in the NFL obviously wasn’t super productive but not every rookie has Evan Engram type production right off the bat. Roberts isn’t without his weaknesses. Although he’s a large man, Roberts isn’t the quickest or most agile and therefore isn’t likely to streak away for deep receptions. Roberts ran a 4.86 40-yard dash; however, he managed a 30-inch vertical and 110-inch broad jump. At his size, those are quite impressive jumping stats. Yet another asset to help in the redzone.

I still think it’s a longshot for him to turn into a reliable producer. Despite his incredible TD rate in college, it’s a little concerning that he didn’t do more in other areas of the field. His yardage was low, and it’s slightly concerning that he really hadn’t shown much until his Senior season. We haven’t seen him have any sort of increased role, so we really can’t say for sure how he’ll fare, but he’s a cheap gamble. I believe that his strong blocking ability will give the team reason to keep him on the field in many different situations, which can only be a good thing.

His ADP data hasn’t really reacted to his pending increased role. His average ADP still sits around 350, and he can likely be bought for a 4th round pick in certain situations. I expect Luke Willson to begin as the starter with Roberts coming in occasionally, but for that paradigm to shift as the season advances.