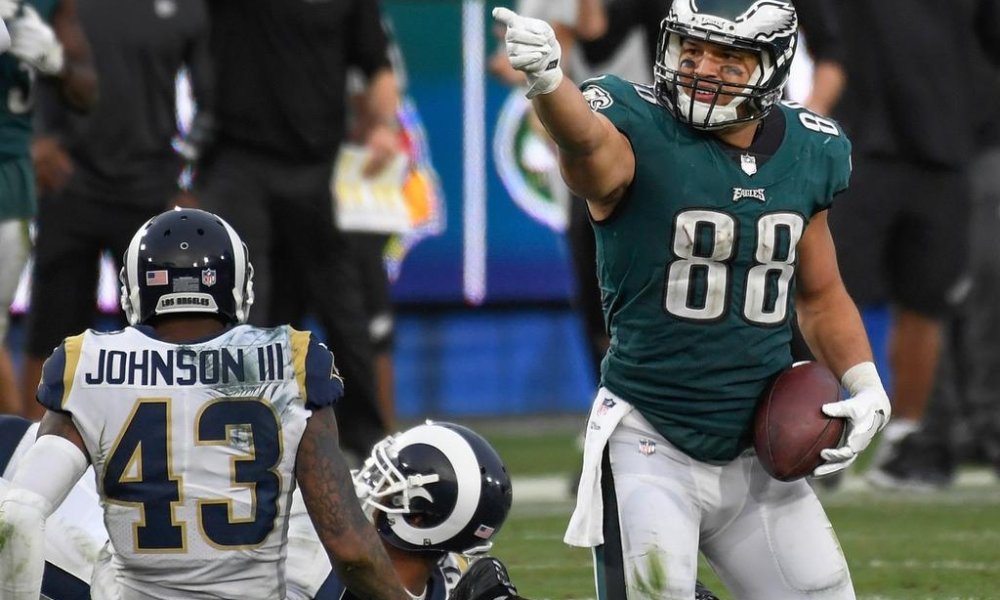 The TE position is one which is highly coveted due to the lack of top-end talent. If you possess one of the top TEs, you have a distinct advantage over your opponents. This advantage comes at a price as top tight ends carry an inflated price tag.

As such, it’s wise to try and unearth these top TEs before they break out and inflate their value. In my opinion, Trey Burton is poised to greatly escalate his value in the 2018 season. To some, that is quite obvious as the hype has been building over the last few weeks/months. However, I believe that now is your last chance to buy at a reasonable price before things get out of hand.

Burton finally decided to leave the Eagles after a Superbowl winning season and joined the Bears. The 6’3” 235 pound, 26-year-old took the opportunity to emerge from behind Zach Ertz and land a (likely) starting job. The former Quarterback and Wide Receiver displayed his athleticism and solid receiving skills multiple times last year with Zach Ertz sidelined. In week 14 in particular, the receiving specialist had 71 yards and 2 TDs in Ertz’s absence against the LA Rams.

After seeing the field on only 29% of the Eagles’ snaps in 2017, Burton is certain to see the field a lot more now and could even finish 2nd on the Bears in targets behind Allen Robinson. Although Adam Shaheen is on the team, Shaheen figures to feature in a blocking role until he’s more developed.

Burton also teams up with Matt Nagy who was the former Offensive Coordinator for the Chiefs. During Nagy’s time with the Chiefs, we saw how frequently the Tight Ends were used in their passing game and saw the development of Travis Kelce to become one of the best TEs in the league.

Matt Nagy confirmed that he planned on using Burton specifically in that role, which raised the eyebrows of many owners. The receiving Tight End role in Nagy’s offense is known as the “U” and Nagy said, “It’s an important role. It’s easy to create some plays for. And when you have a guy that has the size that Trey has and the speed that he has, it’s about mismatches.”

The 4 year, $32 million deal the Bears committed to Burton shows that there is trust in him from the front office and I’m so excited to see what he can do. I really think he can be a top 5 TE this season, however, his dynasty value hasn’t quite reflected that. According to FantasyPros, Burton is ranked as TE11 in dynasty and 115th overall. I fully expect that by the end of the season he can be a top 70 dynasty player. At 26 years old, he still has plenty of time left on the clock. Burton reminds me a lot like Delanie Walker who was supremely underrated for years in the dynasty community.

We still have a few months until the season begins, and I don’t feel as though his value is about to fall any time soon. I advise you to take advantage of the rising opportunity and try and buy while you still can.

Voluntary OTA Injury Updates
The Sunset Supermen: Win Your League with these Veterans