Matt Ryan may be getting older but @andy_buckler takes a look at why you should be looking to add the veteran QB to your dynasty rosters in Superflex leagues. 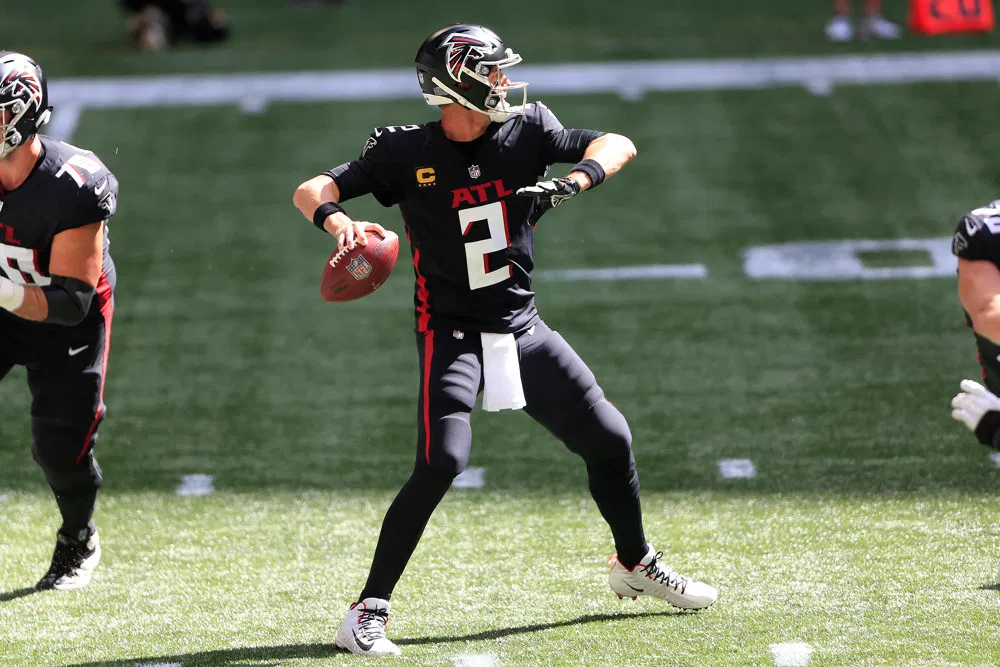 Atlanta Falcons QB Matt Ryan has been a consistent fantasy producer for many years. Now that he’s getting up there in age, people are avoiding him in dynasty leagues. Let’s look at why you should be buying the dip and acquiring Ryan in Superflex dynasty leagues.

Ryan is 36 years old, entering the 2021 season, and it appears as though he hasn’t lost a step. Ryan’s still a great QB that posts impressive fantasy football numbers. Last season, Ryan totaled 4,581 passing yards, 26 TDs, and 11 interceptions while completing 65% of his passes. Those stats earned him a QB12 finish in 2020.

Ryan had the electrifying season, even though WR Julio Jones was absent for most of the season. With a healthy Jones back in the fold next season alongside fellow WR Calvin Ridley, the Falcons should again be kind to fantasy managers.

Ryan’s age may be concerning to some, but his age doesn’t concern me. Often, we see quarterbacks play into their 40’s, and I believe the same will apply to Ryan.

The Falcons recently restructured Ryan’s contract, which made his cap hit 40.5 million dollars beginning in 2022. Thus, I believe they have him in their plans for at the very least the next two seasons. I would expect top-12 QB numbers from him for two more seasons as long as he’s the Falcons quarterback.

When the Falcons eventually move on, I firmly believe that the veteran signal-caller will find a new home. It would likely be as a starter somewhere. However, I would only focus on what the next two years will bring when you add Ryan to your roster.

Because of that and his average draft position of QB22 in dynasty leagues, he’s the perfect player to target. It’s a move that will put your team in a good spot to win immediately.

When sending an offer to Ryan’s owners, I’d shoot an early second-round rookie pick in the owner’s direction. That would be something in line with the 2.01-2.03 range. If that can’t get the deal done and I have a roster ready in winnow mode, I’m willing to send a late first-round rookie pick.

Quarterback is the most crucial position for your teams and the most valuable asset to trade in-season. Acquiring Ryan this off-season would give your team a lot of leverage. You can ride him into the sunset or recoup the cost. Either way, you’ll be living happily.

In dynasty leagues, sometimes, the most undervalued assets are the aging quarterbacks. The steady producers will elevate your team to championship levels. These are the players you should be targeting in trades. Ryan’s coming off a QB1 finish and in an offense with elite talent around him. At his price, Ryan’s one of the best values to be had in dynasty leagues. Ryan’s a Superflex steal! Don’t miss out!

Keep it here at Dynasty Nerds for all your dynasty fantasy football needs. From the Nerdherd to the DynastyGM, we have everything you need from up-to-date rankins, a trade calculator, and more. You also get access to our film room that will keep you current on all the 2021 NFL Draft prospects and beyond!

The Quarterback Controversy – 2021 Edition
Five Guys: Wide Receivers with the Most Riding on Draft Day