Romo to Dak: Cam to Allen?

In 2016, we saw an unsuspecting Dak take the Cowboys job from Romo. Are we on the verge of the same thing in Carolina? @DynastyJon thinks it very well could be the case!! 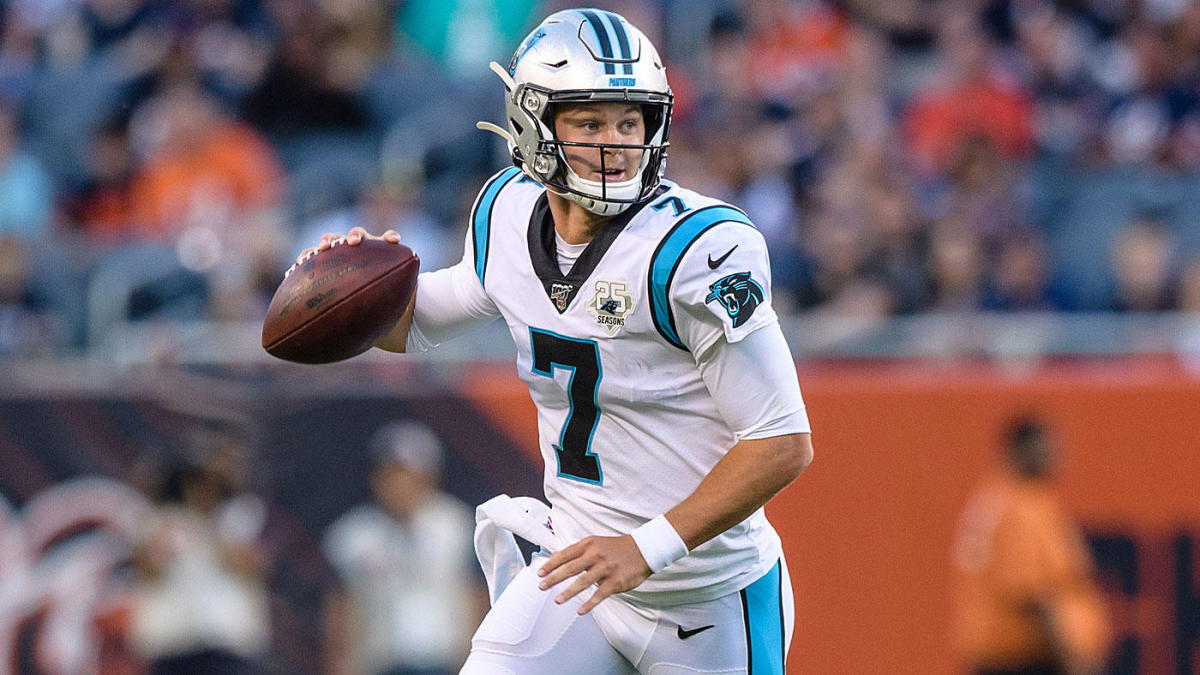 In 2016, we saw the fall of Tony Romo as an impressive, rookie Dak Prescott stole the Dallas QB job. I believe we may be on the verge of something similar in Carolina.
As a Panthers fan myself, it breaks my heart as Cam is my favorite player in the league. However, there has been some intrigue in the Carolina ranks, and Cam continues to be unable to stay healthy.

In week 3 of the 2019 season, we just saw the Carolina backup, Kyle Allen, put on a clinic against the Cardinals. Newton struggled mightily in the Panthers’ first two games, then in game 3, Kyle Allen thrived in Norv Turner’s system. In Superflex leagues, Allen may be a perfect buy. In some leagues, it may be too late as his performance was so promising.

Despite being only 30 years old, there have been mumblings that retirement isn’t out of the question for Cam, particularly if he keeps getting hurt. I don’t necessarily buy those rumors, but we’ve seen crazier things happen…. cough cough Andrew Luck.

For an undrafted Quarterback, Allen seems un-stereotypically poised and capable. However, I think there’s a chance that Allen slipped through the cracks in his college career and never had a true opportunity to display his talents. Coming out of high school, Allen was a 5-star recruit and ultimately elected to sign for Texas A&M. Allen won the A&M job halfway through his freshman season and did a mediocre job. For his Sophomore year, he actually beat out Kyler Murray for the starting QB job. Weirdly enough, following that season, both Allen and Kyler decided to transfer away from A&M. Allen ended his Aggies career with 278 completions in 475 attempts (58.5%), 3,532 passing yards, 33 passing touchdowns, and 14 interceptions in 20 games.

Allen then landed in Houston, where the 6’3” 220-pound QB had to redshirt the 2016 season. He was then named the Cougars’ starting QB for the 2017 season, however, he was benched in game 3 as the team decided to roll with Kyle Postma. He then decided to forego his senior year and enter the draft. It was, therefore, a very peculiar college career for the 5-star recruit. He never truly seemed to gain control of an offense and wasn’t really given an opportunity to lead a team.

He’s lacking significant snaps and experience, due to a limited college career and predominantly sitting on the Panthers’ practice roster. However, from what we’ve seen so far, he’s proven more than capable to lead an offense and put up decent fantasy numbers (albeit in 2.5 professional starts). With Cam’s dwindling reliability and the fact that Will Grier looked shockingly bad in preseason, there could be a significant opportunity for Allen for the foreseeable future. I’m willing to take a risk on him in Superflex leagues, and you should too. We could be looking at him exactly how we did with Dak Prescott a few years ago. Maybe Cam makes an appearance in the TV booth?