No Such Thing As Too Much Moore

The new Arizona Cardinals WR about to take the league by storm is Rondale Moore. Find out why and how it will happen! 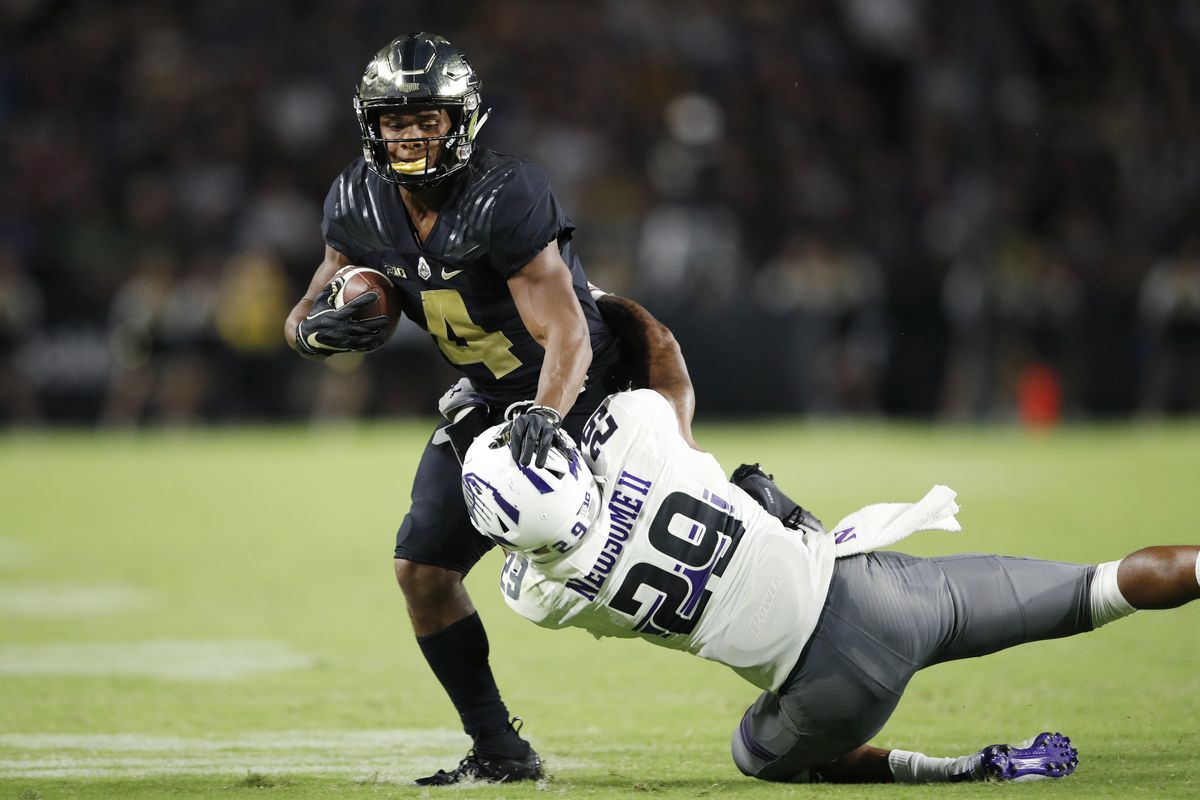 The Arizona Cardinals had an opening in their wide receiver room following the retirement of Larry Fitzgerald (come back still, please). The departure left a hole on the roster.

So, the Cardinals filled it with Rondale Moore, a second-round pick in the 2021 NFL Draft.

Moore’s strong and able to fight through blocks, despite his small frame.

After all, can you squat 600 lbs? I sure can’t. That shows that he has the tremendous power to get extra yards.

Moore’s also electric in open space, as evidenced by this video PFF posted on Twitter:

He just left that defender in the dust. There you see Moore’s talent for getting both feet down as well as his prowess for route running.

Now, you may be wondering what the likelihood of success is for Moore, and boy do I have an answer for you.

Breakout age is a big part of determining how good a wide receiver will be in the NFL. According to Player Profiler, Moore’s breakout age was 18 years old, which places him in the 99th percentile. That’s beyond good.

A Promising Year One

Moore is so much Moore (sorry, not sorry) than a gadget player. Yes, he’s 5’9 and 180 pounds. However, Moore has a history of playing above his weight, starting with winning Gatorade Player of the Year in Kentucky while in high school.

Then, as a true freshman at Purdue, all Moore did was utterly break out and set records. He won many awards, posting a stat line of:

That amazing receiving line gave him too many awards to list. The list includes First-Team All-American honors, making him the first true freshman to get that honor in Big Ten history.

A Game For The Ages

A particular highlight of his college career was his game against Ohio State and defensive back, projected first-round pick, Shaun Wade.

He had 12 receptions for 170 yards and two TD’s—a true video game performance in that outing.

Moore didn’t do as well his last two years of college. I blame this on Purdue’s lack of skill surrounding him and an injury he suffered in 2020.

Moore routinely played on Purdue teams that struggled to compete in games the last two years of college. However, he himself was far from perfect too.

Moore suffered numerous injuries in college. The most recent was a leg injury in 2020 that forced him to miss three games in 2020. Once he returned, though, Moore played fine after that. It’s worth noting, he hasn’t had any significant tears of ligaments or muscles.

Moore’s Fit With The Cardinals

However, if you play dynasty and don’t want a player who could give you 12+ points in PPR leagues every week for years, why are you playing dynasty?

Moore will be used constantly in Arizona as he’s a perfect player for Kingsbury’s college-like offensive system. The Cardinals can’t afford to let QB Kyler Murray run so much this year.

Unfortunately for the team but not Moore, they also have a fragile running back in James Conner and a relatively unproven one in Chase Edmonds. So, that means the Cardinals are set to run trick plays and throw a ton.

Moore’s only competition for targets beyond WR DeAndre Hopkins is A.J. Green and Christian Kirk. Equally important, both of them have been relatively injury-prone the last few years.

In addition, they also serve completely different roles than Moore. Green is a possession receiver who’s not going to be doing any trick plays or going deep.

Kirk, on the other hand, is a speedster receiver which is typically sent down the field. He’s excellent when he gets a catch. However, he’s not a target hog.

Meanwhile, Moore will be featured in trick plays, down-field, and every other type of route for the Cardinals.

This leads to my next point: to score for fantasy or rack-up stats, you have to be on the field! Moore will do so as long as he stays healthy.

He’s young, eager, strong, and ready to prove he belongs in the NFL. Of course, you can be sure that he wants to make an impact.

The Cardinals took him in the second round for a specific reason. They want him to play a lot for them.

Consequently, he’ll have rookie mistakes, but more time on the field gives him more opportunity. Opportunity is what you look for in fantasy players.

Alex Levin from Dynasty Nerds writes that the Cardinals and Murray targeted WR’s 65+% last year, and he predicts they’ll target WR’s 67+% this year.

That’s a massive target share which leads to plenty of targets for every wide receiver on the team. If Moore plays in the slot, that’s even better as slot receivers typically receive a steady stream of volume.

Right now, Moore has been playing more inside/slot, according to Kingsbury. That’s just one more piece of news that validates the belief that he will get fed targets this year and in the foreseeable future.

Projections For This Season

Now, Moore’s a player you want on your team, whether you’re rebuilding or competing.

Rebuilding, you’ll want him for his youth, position, and the offense he’s on. Being tied to an elite quarterback’s never a bad thing.

If you’re competing, he’ll be a terrific flex option for your team that will put up steady points week-in, week-out. He might even win you some leagues.

The projections below are for a 12 team PPR, SF dynasty league:

Those are pretty good numbers for a first-year WR. His price in dynasty will rise tremendously the sooner we get to the season. So, make sure to acquire him while you still can.

DO NOT sell if you have him unless you get a fantastic offer. Moore’s an exceptional talent.

I am always on Twitter at @DarthDbacks and in the largest Fantasy Football Chat on Discord under the same username. I hope this season goes excellent for you, and I’m happy to help on Twitter or Discord anytime!

May the Force Be with You…

Dynasty Moves to Make this Preseason
Hey Mr. Carter…A Sleeper Running Back You Need To Get