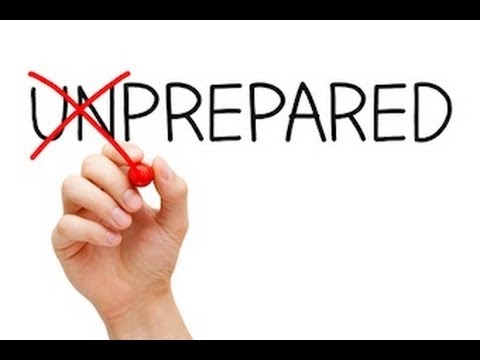 Rookie drafts are one of the most exciting parts of a dynasty league season. Trading up for “your guy” or passing on someone you are sure will bust makes your team more your own.  These drafts allow you to add hand-picked players to your roster every year, and they give EVERY team hope for a better result in season.

As fun and exciting as rookie drafts can be, the truth is that evaluating rookies is hard.  Even in stacked rookie classes, not everyone pans out.  This fact has been discussed frequently on Twitter and Podcasts as a reason to sell rookie picks.  I do not subscribe to this conclusion.  I am a youth driven dynasty owner.  As an example, in two of my most important leagues, I hold 6 plus 1st and 2nd round rookie picks.  While you will miss on players, the rookie draft is your only chance to get elite players before they cost elite prices.

The best way to win draft season is to prepare by building a draft board.  Ideally this is done weeks before your rookie draft.  My draft boards are done in Excel and have a tab for each league’s draft order, and a tab for my rookie ranks. Rankings may sound intimidating, but this does not mean that you have to build them yourself and study dozens of prospects.  Even copying rookie rankings from dynastynerds.com and adjusting specific players that you like or dislike up or down helps you visualize things.

The draft board is vital because it allows you to see who you can expect to be available at a specific pick.  It is always difficult to value Player 1 vs a draft pick.  A draft board allows you to translate the draft pick to a player name for a better way to evaluate trades.

Another strategy you can use with your draft board is to break your rankings into tiers.  This may seem overwhelming but creating tiers is easier than it seems.  My strategy for creating tiers on my draft board is to picture how I would feel if I missed out on one player and had to take the next on my list.  If I’m ok getting the next guy, they’re in the same tier.  If I’m bummed about missing on that guy, it’s a tier break.  Tiers can be anywhere from one player to a dozen depending on your comfort level.  Before the rookie draft is the time to try to make trades to move up a tier, especially in the early rounds.

For example, this year we are discussing the big 6 rookies.  If I have a top 6 pick, I’m happy, even if it is 6th overall.  I would not pay much to move up from 6 to 5 in a trade.  Since I have a tier break after 6, I would pay more to move from 7 into that tier.  Translating that to players, I would not give a future pick to ‘upgrade’ from Mike Williams to Christian McCaffrey, but I would give a pick to move from OJ Howard to Mike Williams.

A draft board may seem simple or a waste of time, but when you get to draft day, it can really help you win your draft.  Here are a few other things that I do on draft boards in more complex leagues:

If you have multiple different scoring settings or position premium settings across your leagues, you will find that you have to adjust your rankings for these leagues.  For example, I will not take a quarterback in the first 2 rounds this year, unless the league starts 2 of them. So that I’m prepared for my 2QB and Superflex drafts, I will need to create ranks for those leagues that are different from my 1QB leagues.

Another valuable tool is to include ADP on your board in order to highlight where you like or dislike a player relative to their ‘market value.’  This can be valuable, but do not rely on your draft unfolding like the ADP.  If you like a player at 8th overall that isn’t going until 15 in ADP, you may consider trying to trade back on draft day a few spots. Likewise, you can also target that player as someone to try to trade up to 12th overall in order to get.


If you play in devy leagues, a draft board is even more vital since come of the rookies will already be owned.  This makes valuing rookie picks even more challenging.  The 1.03 in a devy draft may only give you a late 1st round rookie player in a non-devy league and building out that board allows you to see the player you can expect with your depleted rookie pick.  I build my devy league boards by copying my rookie rankings and then highlighting the players that are already owned.  This gives a nice visual of where the unowned rookies fall into my overall rankings.

I encourage you to try to build a draft board for your upcoming rookie drafts.  Preparing for the draft is the first step to winning the draft.