Listening to your gut is vital in your rookie draft. Prep like crazy, but don’t be afraid to listen to your intuition. Three players who @DynastyOasis needed on-the-clock intuition to fully understand. 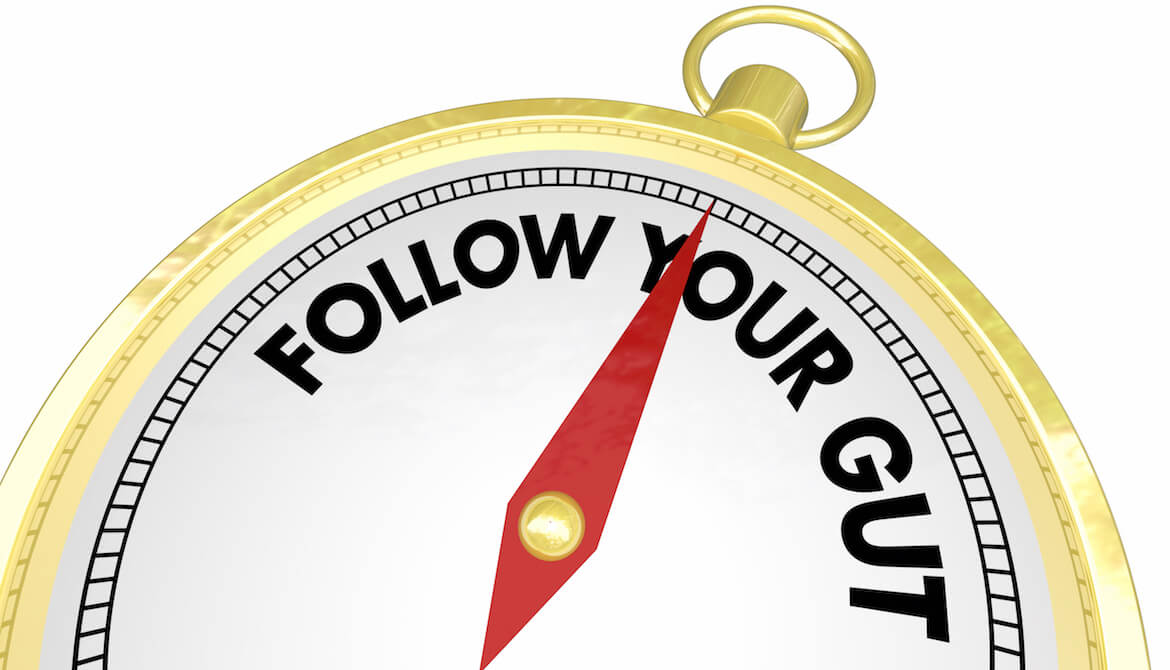 Enormous amounts of time and effort go into preparing for our annual rookie drafts.  For months leading into the draft, we obsess over our favorite prospects’ production and athleticism profiles.  We join the #NerdHerd and grind film cut-ups to identify traits.  We endlessly discuss the possible roles in which prospects would maximize these traits or potentially struggle.  In late April, NFL Draft capital and landing spot become relevant data points.  We again parse that information.

This reasonably standard process will eventually lead to a rookie board composed of linear ranks, optimally with delineated tiers.  Armed with this information, we confidently stroll into every draft room, ready to move up, move down, or take the best player available.  Dynasty rookie draft season is in full swing!

I, like many of you, have already participated in multiple rookie drafts in recent days. It’s always satisfying to see the results of draft research come to fruition.  However, for most managers, myself included, a revealing phenomenon exists while on the clock.  All the information absorbed over months of research becomes subject to a new voice; your gut or intuition.

While blindly following your gut could become problematic, I advise dynasty managers to listen to this gut instinct.  It is a prudent way to solve the dilemma of similarly ranked and tiered players.  Not necessarily because you are more likely to be proven right (although I would argue that is often the case) but because your resolve to hold if that prospect struggles and your temperance to sell if he succeeds will be better defined.

Ultimately, you should be committed to the players you are selecting.  This idea does not mean you should completely disregard your researched and crafted tiers and ranks.  It also doesn’t mean that you will avoid trading prospects you are “committed to” if an offer knocks your socks off.  However, I believe that building a roster of players you are committed to will lead to more sound responses to their inevitable value fluctuations.

In my drafts, this “gut-check” phenomenon expectedly appeared and led me to go against my preconceived board in a couple of different spots. It’s those decisions we will focus on here.

This exercise is about instinct and gut feeling, so it isn’t my expectation that everyone will agree with these player sentiments.  It also shouldn’t be your expectation that I have entirely rational explanations for my choices.  I leave my intuition to cover instances where conventional logic cannot provide definitive answers.

Without further delay, let’s get into the players that my on-the-clock intuition either led me to reach for or to fade.

His linear rank has not changed significantly post rookie draft for me; he’s fallen one spot to 7th.  However, I had pretty obvious needs at RB in several leagues. At every opportunity, my gut told me to pass on Williams, usually for either of the former ‘Bama WRs included in this tier.

After passing on Justin Fields, the Bronco offense will begin the season saddled by 2020 disappointment Drew Lock.  If Lock gets bucked off the horse midseason, Teddy Bridgewater will need to play rodeo clown and pick up the pieces.  Along with the quarterback concerns, Melvin Gordon still has a little gas in the tank.

Additionally, Denver hasn’t been hitting at RB via the draft in recent years.  The two most recent day-2 selections have been Royce Freeman (71st overall 2018) and Monte Ball (58th overall 2013).  UDFAs Phillip Lindsay and CJ Anderson beat out both players for snaps early on in their careers.  The Denver situation gives me heartburn. Considering my broader investments in Jeudy, Sutton, and Fant, Denver fatigue may have set in.

Another explanation is my team-building philosophy.  I build dynasty teams around WR.  They hold value longer and are more stable assets early in their career.  Taking an RB would’ve been the “win-now” move.  However, the number of teams focusing on a “win-now” mentality should be much smaller than the community currently advocates.  Using tools like the DynastyGM can help identify where you stand, but being in the top half of a league isn’t the bar to cross.  Neither of these teams fell into an elite, must-win category, and my gut relies on a macro team-building strategy aimed at continually harvesting value.  We won’t be setting lineups for four months, and trading is always available to me.

We’ve been talking primarily about logic vs. gut.  Well, as a Minnesotan, this one hurt my heart and my soul.  Rashod Bateman is the best WR prospect to come out of Minnesota since Eric Decker. He’s held my WR4 rank in the 2021 class throughout the process.  The heart can tell you what you want to hear, but my gut gave it to me straight once I was on the clock.

Elijah Moore is the better dynasty prospect.  No player has continually ascended during this rookie draft season more than Elijah Moore.  While many see him as a slot-only player, I view a skill-set more comparable with Stefon Diggs or Odell Beckham.  Both Diggs and ODB align all over the formation, sometimes in the slot, but their combination of suddenness, speed, and route running allows them to win matchups anywhere on the field.

The most common separator when comparing Rashod Bateman to Elijah Moore is the team situation.  Specifically the quarterback.  The Ravens have been run-heavy over recent years with Lamar Jackson.  The community appears concerned that Lamar won’t ever refine his skills to produce from the pocket.  That is not my concern, and I believe Bateman will go a long way to helping the Ravens succeed in more obvious passing situations.

However, the community is also very split on Zach Wilson’s likelihood for success.  I believe that is where my thought process is most divergent.  I think that Wilson is closer in talent to Trevor Lawrence than anyone else is to Wilson.  He was an excellent choice at No.2 overall for the NYJ and will be supported in a way most rookie QBs are not.  Elijah Moore is a massive component in that supporting cast.  Corey Davis and Denzel Mims are both solid players, but Moore offers better separation skills and RAC.  Moore instantly becomes New York’s most dynamic offensive weapon.

Toney’s appearance on this list has less to do with any movement for him up or down.  He appears here because I fully expected to have anxiety turning in the card for the talented Giant slot receiver.  I expected my gut to agree with the overriding negative sentiment surrounding the former Gator.

It did not, and while I never reached on Toney, I was excited to chomp up his value anytime I could.  I know the analytical red flags and his off-field transgressions as a sophomore.  I also realize Daniel Jones still needs development.  However, it feels pretty apparent the community has gone too far in a negative direction on Toney.  Anytime you can land a dynasty rookie with a later pick than his NFL team did, sit back and smile.  I was able to do this with Toney in one league.

I pointed out the negative markers in Toney’s profile.  However, we’ve too quickly forgotten his first-round NFL draft capital and elite athletic profile.  The Giants have now spent money and draft picks improving the WR room.  Kadarius Toney will have to compete with Kenny Golladay, Evan Engram, Sterling Sheppard, and Darius Slayton for targets in 2021.

However, in the 2022 offseason, both Sterling Sheppard and Evan Engram are likely to be elsewhere. Toney’s high selection, as well as the Giants’ apparent interest in Devonta Smith, should signal that to us.  Toney has the talent to win targets in year-1, but the path should be wide open heading into 2022.

As dynasty managers, I implore you; never stop using logic and reason.  Continually research players, follow analytical experts and film-grinders on Twitter, familiarize yourself with these players as best you can.  Having put in the front-end work is the best way to learn to trust yourself.

But, when you are on the clock, stay present.  Do not be afraid to trust your current self.  If you are scrolling your board, and the player you have ranked highest doesn’t feel right in the pit of your stomach, there is likely a reason.  It could be a sign to move down in the draft.  It could be a sign you have a player ranked incorrectly.  But for the sake of your dynasty roster, always remember that you created these ranks.  They are there to guide, not dictate, your decisions.

That’s all for now.  The best edge in dynasty fantasy football is a subscription to DynastyGM.  For less than the price of a cup of coffee a month, you get the GM’s league analyzer and trade calculator tools.  You also get access to the Dynasty Nerds #Rankins and The Prospect Film Room.  My gut tells me you’ll enjoy it!