Azeez Ojulari made a name for himself and now he is one of the top EDGE rushers in the 2021 NFL Draft. @ejh1528IDP takes a quick look at this redshirt sophomore. 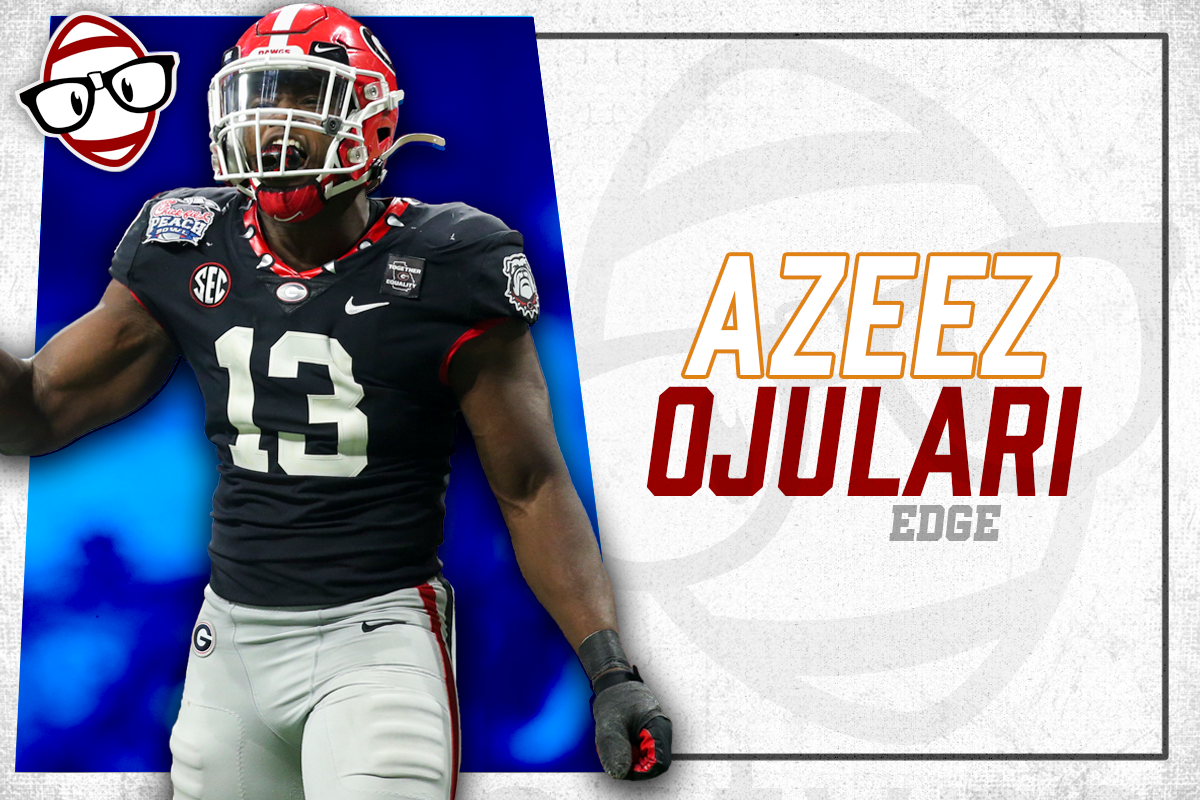 High School: Azeez Ojulari was a four-star prospect coming out of high school and was selected to play in the 2018 U.S Army All-American Bowl. Ojulari was the seventh-ranked defensive end. During his senior year, Ojulari racked up 118 tackles (92 solo), 11 sacks and an eye-popping 31 tackles for a loss. He also is a multi-sport standout, lettering in basketball

College: Ojulari redshirted his freshman year but he did see some playing time in the Sugar Bowl against Texas, finishing with three tackles. During his r-freshman season, Ojulari made a giant leap in his development. He played in every game for the Bulldogs, starting 13 of 14 games. Ojulari finished that season with 36 tackles (16 solo), five and a half sacks, six tackles for a loss and one pass deflection. In a shortened 2020 season, -Ojulari played ten games, still snagging 31 tackles (22 solo), 12.5 tackles for a loss, 20 quarterback hurries and eight and a half sacks. He also added in three pass deflections and four forced fumbles.

Azeez Ojulari shows his versatility by playing standing up or with his hand in the dirt, which the latter he has played the most in college thus far. Ojulari has a superb arsenal of moves to use when trying to bust through the line and taking down the ball carrier. He has an outstanding bend on the outside to get around the offensive linemen.

Below Ojulari goes low against another 2021 NFL Entrant, Alex Leatherwood.

Azeez Ojulari vs. Alex Leatherwood was a great battle. This rep stood out from the #UGA EDGE rusher. Only a redshirt sophomore, but he’s already so good with his hands as a pass rusher. pic.twitter.com/Eb6WnFrIru

Ojulari’s quickness off the line and incredible handwork give him an advantage and the offense struggling to keep up with him.

Here is a view of his hand quick handwork to get around the lineman.

Azeez Ojulari (@_Azeez_8) may only be a rSo. but he has the tools to be an All-American. His ability to bend and overall length is hard to come by. Expect 10+ sacks from a player who may be a top 5 edge rusher in the country. #DraftTwitter pic.twitter.com/ZxwkWblRu1

Ojulari will need to bulk up if he wants to see more playing time as a 4-3 defensive end and not get bullied around by the bigger, more physical offensive linemen. He will get pushed to the inside to counter his very productive outside moves. While Ojulari has an exceptional football IQ, he will react late to plays and miss the opportunity to take advantage.

Azeez Ojulari is one of the top EDGE players in this draft and could be one of the first ones taken. He can play as the 4-3 defensive end or a 3-4 outside linebacker. Regardless of where he plays, pass-rushing will be his strong suit. The Titans have been taking Ojulari in a lot of mock drafts. He also has been mocked to the Browns, Ravens and the Buccaneers. The Titans could be his best landing spot and would boost his draft stock in fantasy drafts.

Thanks for reading and I hope you enjoyed the article. You can find me on Twitter @ejh1528IDP. Feel free to shoot me any IDP (NFL or Devy) questions you may have. You can check out the IDP Devy Podcast, which I co-host under the @DevyIDPGrind podcast. You can also see my NFL Draft Content here and my previous Dynasty Nerds articles here. Are you a #NerdHerd member yet? For just $2.99/month, you get access to rankings, extra podcasts, the buy/sell tool, and more on the way