Is Jamie Newman being overlooked? @rickyvalero_ explains why Newman could be flying way under the radar into this draft season. 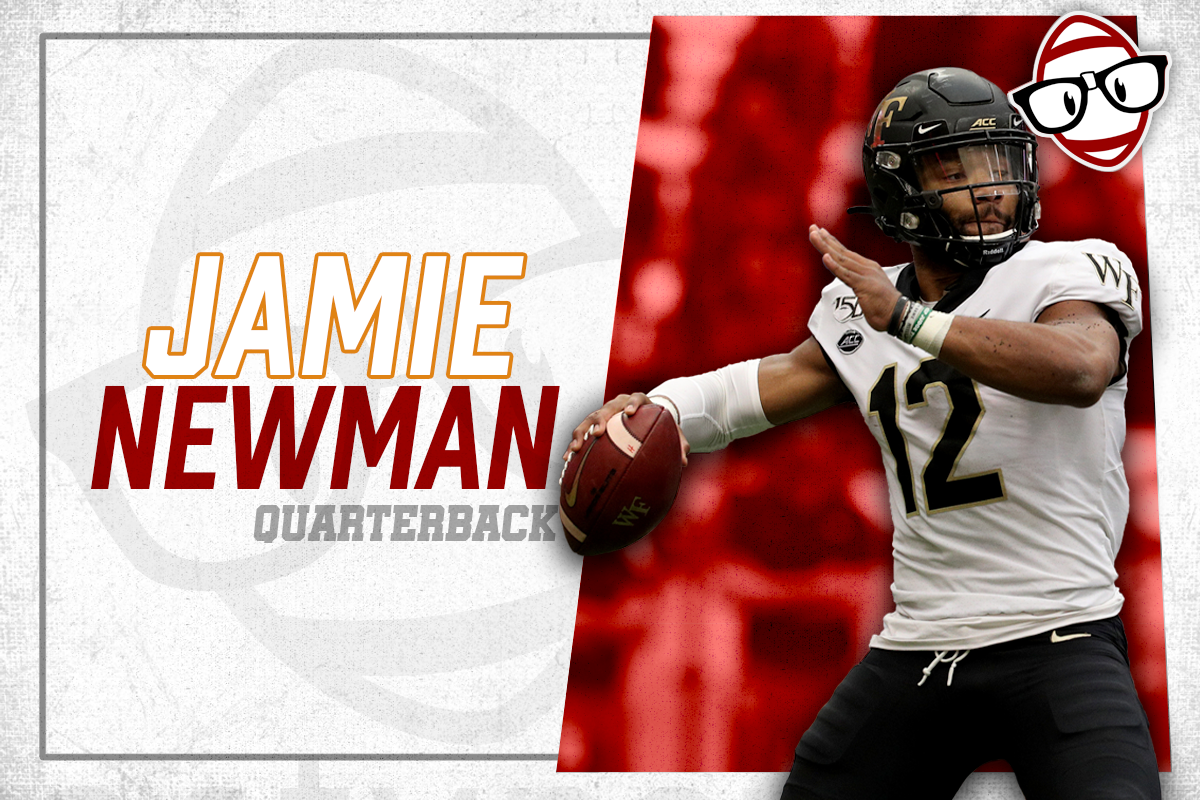 The Quarterback from Geo… Wake Forest opted out of the 2020 College season after players were given the option due to COVID. Newman was a three-star Dual-Threat QB recruit from North Carolina. One of the big things I was looking forward to out of Newman leading into the season was watching him play in an offense that better suited his abilities. Newman was never going to thrive the way we expected within that RPO offense they ran in Wake Forest.

Today I am going to breakdown the strengths, weaknesses and ideal landing spots for Newman.

When you watch Newman on tape, his grit, and his want to fight for every yard stand out. This is just a small sample size of what he is capable of doing with the football.

As I spoke about with his grit and fighting for every yard, he leads by example and shows that he is willing to put his body on the line to win football games, inspiring those around him to do the same. He is confident with the football and never lets his mistakes get the best of him.

Whether it is short, intermediate, or the deep ball, Newman has some fantastic ball placement. Looking at the gif below, you see two different throws from Newman.

First, in the RedZone, Newman places the ball right into the window where only his wide receiver can get it. Second, Newman drops a beautiful thirty-yard dime into the hands of his wide receivers for a touchdown.

One of the most significant issues I have with Newman’s game was his progression in his reads. I don’t put that 100% on him due to being in the RPO style of offense, but he will need to work on that to become successful on Sundays. I found him looking down his receivers too frequently as well, and this led to turnovers. While I love his grit, Newman needs to protect himself from taking as many hits as he does.

Final Thoughts: Eyes will be all over Jamie Newman at the upcoming Senior Bowl. His opting out allowed some other quarterbacks to shine, and he became more of an afterthought, so this will be his time to show that he deserves to be in the conversation with the top-tier of quarterbacks. Newman has all the tools to be a successful NFL quarterback, the size, the arm, the mobility. He needs to be able to put all the pieces together at one time.

Draft Round: 3rd-5th round. A good Senior Bowl and combine, I could see him sneak into the 2nd round.

Contribute: Newman isn’t a day one contributor. He is a guy that I believe will sit behind someone and learn from a veteran quarterback and start in year two or three.