Trevor Lawrence is the best quarterback in the draft, and @rickyvalero_ explains why inside. 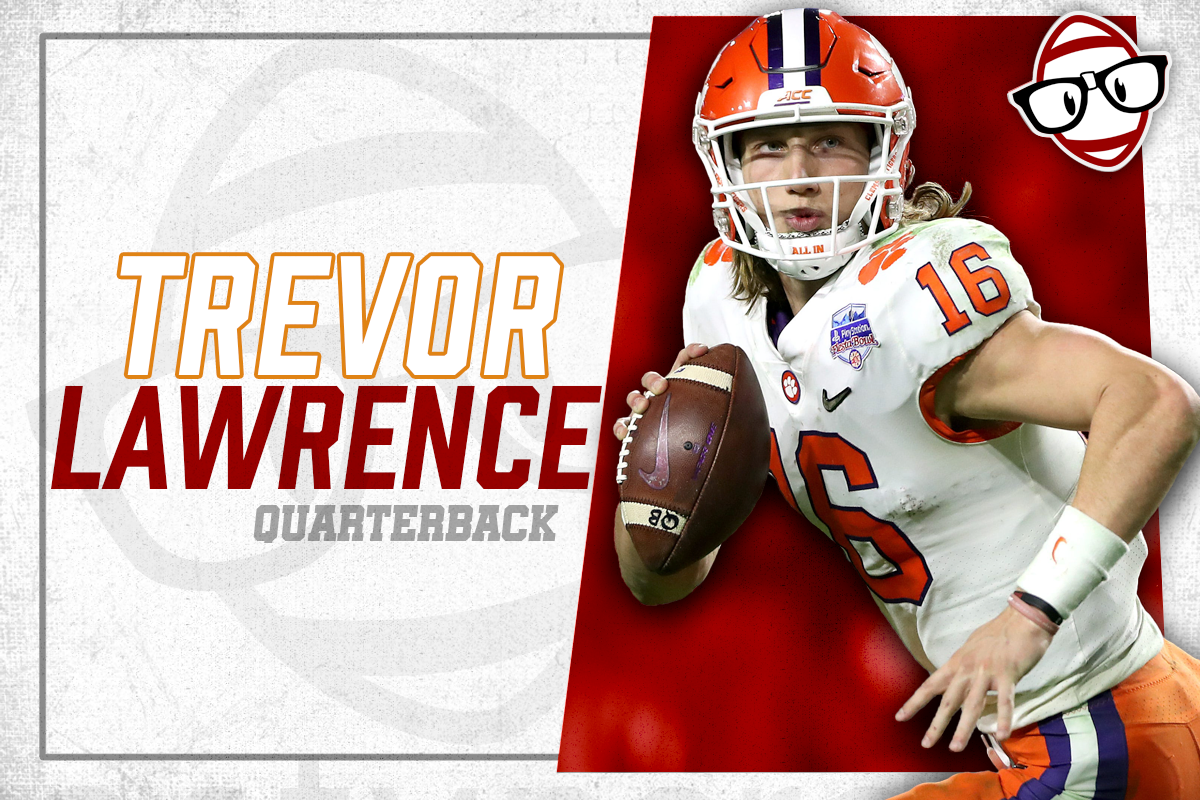 The five-star recruit (6th ranked all-time) out of Cartersville, GA, has been coined the next big thing, so what can I say that hasn’t already been said about Trevor Lawerence? Generational Prospect. Best Quarterback since Andrew Luck. Number one pick of the draft. I am apart of the bandwagon that thinks Lawrence is the real deal and will be one of the best quarterbacks in football in five years.

Today, I breakdown some strengths, weaknesses, and ideal landing spots.

He isn’t a run-first QB; heck, I don’t think he is a run-second QB either, as he can elude pressure within the pocket. He does have that sixth sense that can’t be taught. In his FRESHMAN year, Lawrence converted pressure into a sack on just over 15% of his pressured dropbacks — a mark that’s around the 80th percentile among Power-5 quarterbacks. When under duress in that span, he delivered a big-time throw at the highest rate among Power-5 quarterbacks with 100 attempts under pressure since 2018 and a turnover-worthy play rate that ranked fifth-best.

Is Lawrence the fastest guy? No, but he extends plays with his legs consistently. The transition from his freshman year to his sophomore season within the pocket was a sight to see, and it showed within his rushing touchdown total went from one to nine. In 2020, in ten games, he rushed for another eight touchdowns. Take a look at this run in the semi-finals of the National Championship game against Ohio State.

The perfect placing of the ball here, he hit his receiver in stride to take it in for six.

This play is an example of why Lawrence is ready for the big leagues. The pressure came in, and he was slightly off-balanced but dropped a dime in the back of the endzone (beautiful catch as well)

A beautiful back-shoulder throw, which was out of the reach of the defender and into the hands of his receiver for six.

He can make every single throw on the football field. It’s truly remarkable to watch Trevor Lawrence throw the ball on the run. The way he can roll out to his left and throw darts is beautiful.

One thing you notice in watching his tape, Lawrence often puts too much on that deep ball. He has the arm strength to get the ball where it needs to go, but sometimes he zips it instead of floating it a bit more. Another is bouncing back from an interception, and I would love to see him shake it off and move on from a pick more.

Final Thoughts: Lawrence is a leader. He loves football and is willing to grow within the game to get better. We witnessed this each year of his collegiate career. The players around him love him, and whichever team ends up with him has their starting quarterback for years to come.

Draft Round: 1st Round

Contribute: Day one. Lawrence will be plugged into the starting role and will thrive.